Similarities and differences in health conditions

As we have explored in the video, people with an intellectual disability have differences in their health conditions compared to the general population. 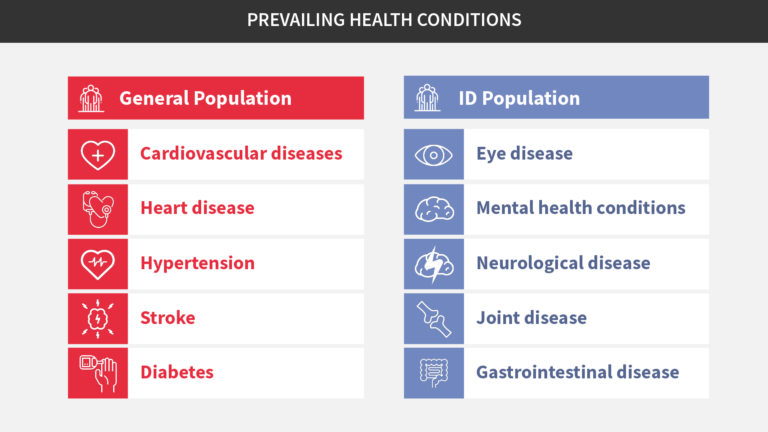 Thinking about these differences: