The micro-credential movement (or moment) is one that is gathering pace, as the array of strategic reports, policy initiatives and publications curated in the Micro-credential Observatory illustrates. 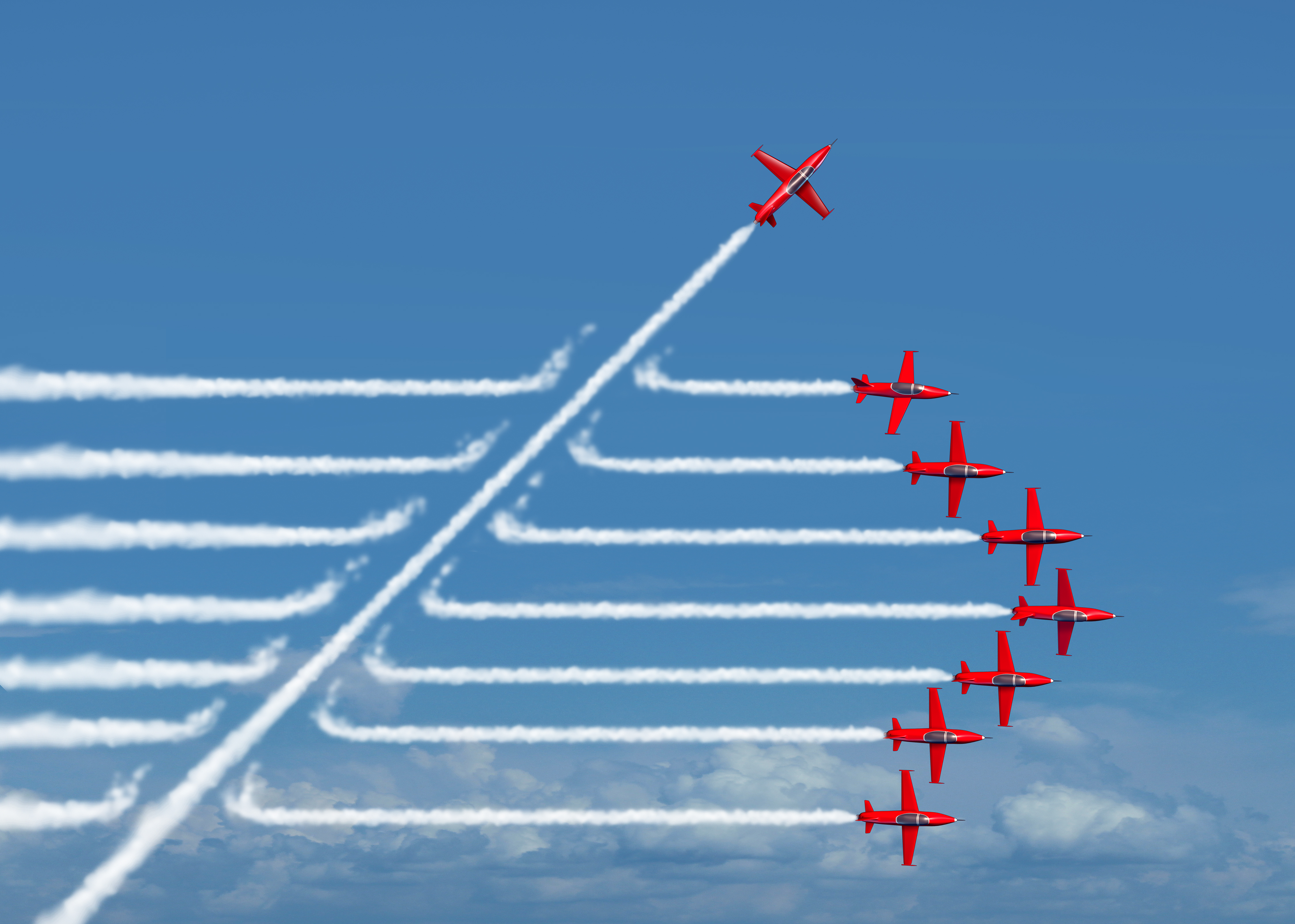 The micro-credential movement (or moment) is one that is gathering pace, as the array of strategic reports, policy initiatives and publications curated in the Micro-credential Observatory illustrates.

However, it is open to debate whether micro-credentials will be a game-changer and disrupt or “unbundle ‘’ traditional models of higher education in similar ways to the disruption within other sectors, such as music.

We might just briefly cast an eye back on this sector to understand how it was “unbundled” and then “rebundled”. Prior to the launch of Apple iTunes in 2001, we could only purchase music via physical CD-ROMs filled with tracks which were not necessarily the one single we had heard and wanted to own. With the launch of iTunes, we could now purchase just the songs and individual tracks that we enjoy. The advent of streaming has strengthened the ability of the consumer to curate their own playlists, avoiding anything they don’t want to listen to. Micro-credentials offer learners the choice to curate their own education.

But, just as Ralson is critical of the micro-credential phenomenon, some would lament this ‘unbundling’. In many cases, it is the album which an artist wants to communicate, not just singles. Each song is written as part of a wider work – which is then separated! Would it be better for Game of Thrones to be ‘unbundled’ and for you to watch each episode in any order you want? Does the same apply to education?

The concept of unbundling is one of the key features of the micro-credential movement. McCowan (2017) identifies at least four types of unbundling in higher education: systems level, institutions, course level, and academic staff. Some people view micro-credentials as a similar disruptive force by giving students (and learners) the opportunity to choose what they want to learn rather than a higher education institution deciding on the bundle. An early article from 2014 by the Christenen organization (founded by the author of disruption theory the late Clayton Christenen) outlines some initial views on unbundling in the context of higher education and is a useful background read.

It follows that the concept of unbundling the degree and other traditional qualifications raises critical and profound questions for the future of higher education. Although the promise of personalised learning pathways through unbundled courses is attractive, the concept requires further debate. This debate returns us to some of the bigger questions related to the growth of the micro-credential movement. Why are micro-credentials claimed to be the next big thing? What are the underlying drivers and attractors generating such interest in micro-credentials? What is the change imperative? There is also a really good MOOC on The Unbundled University delivered by academics from the University of Leeds and the University of Cape Town.

The answer to these questions is partly anchored in some of the powerful change forces we discussed in the first week. Micro-credentials need to be understood in a wider context. A useful summary of the underlying drivers can be found in the European Commission’s work and the recent ECIU University white paper that we mentioned in a previous step. They include, amongst others: 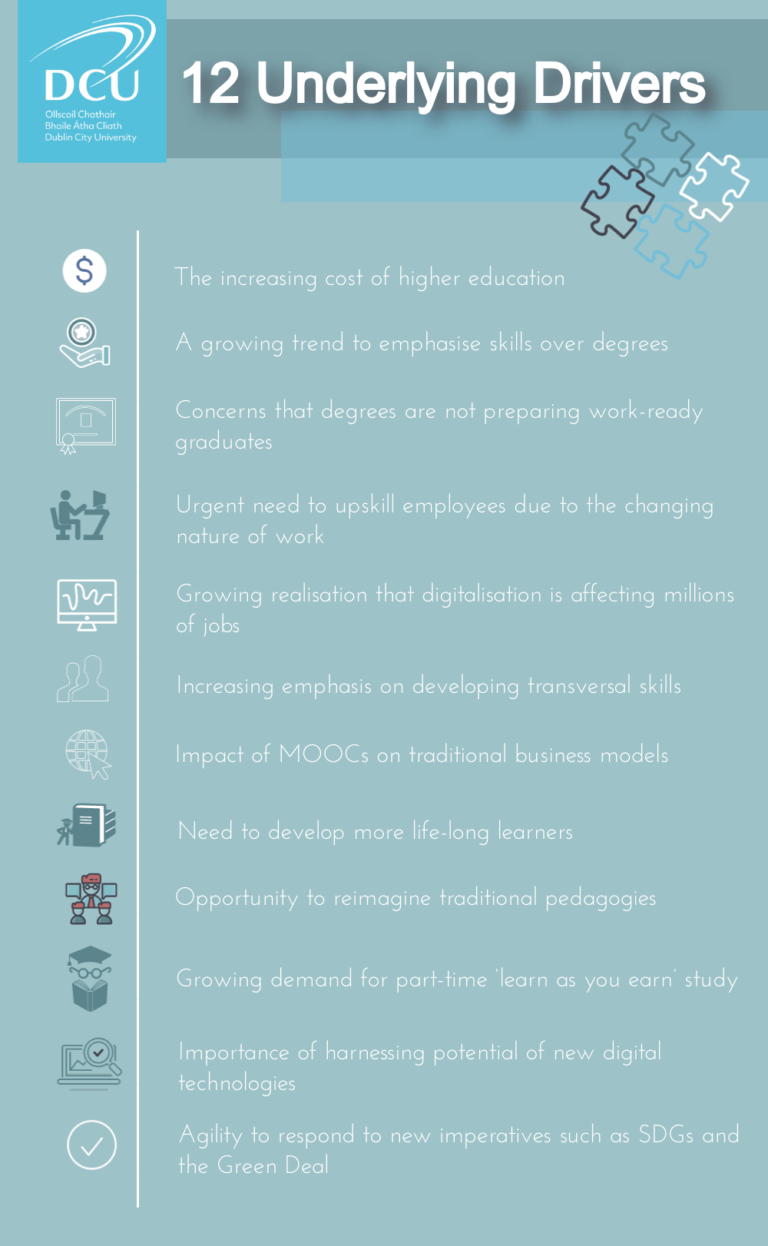 The following video provides a brief helicopter overview of these competing and co-existing drivers. While not all of the ‘push’ and ‘pull’ forces for micro-credentials are working in concert, they each shape and contribute to the languages of persuasion generating growing interest.

What do you see as the driver(s) most likely to be a game changer? What is the strongest argument supporting efforts to establish the micro-credential as a more permanent feature of the higher education landscape? How would you justify an institutional investment in micro-credentials?