This week we have concentrated on how books were made and we have now reached the final part of making a book, ‘finishing’, which is the process of decorating a book.

It can be divided into at least five separate methods: ‘marbling’, ‘gilding’ or ‘gauffering’ of the edges of the book; and blind- and gold-tooling on the spines and covers. It could be done in the binder’s workshop or might be contracted out. Sometimes one finisher, a person who works on decorating a book, might work for several binders. 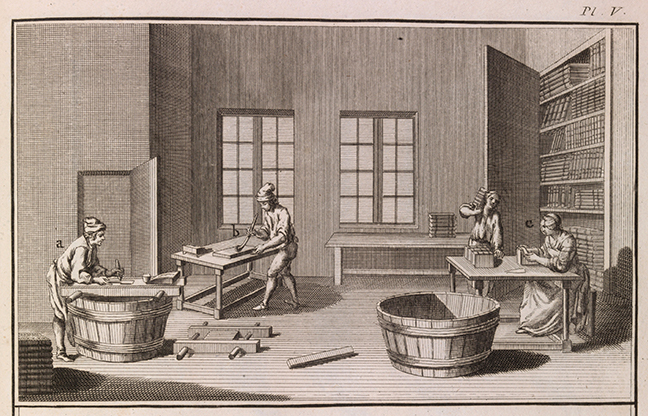 Let’s take a look at this image of a finisher’s shop which shows some parts of the process. On the left we see gold-leaf being added to the edges of a book (gilding); in the centre a man holds the handle of a roll and uses it to decorate the cover (tooling); and to the right a woman carefully adds gold-leaf to the spine of the book (gold-tooling). Women played an important role in the binding process – they were often employed in sewing the text block and, as in this case, in applying delicate tooling. 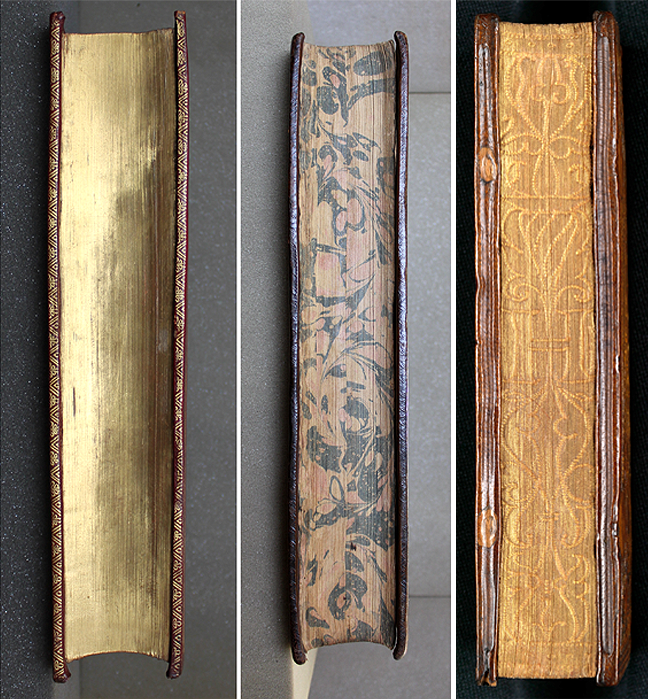 Fig 2. Edge decoration: On the left we see a gilded fore-edge on Edward Worth’s copy of Rhetores Graeci (Venice, 1508); and, in the centre, a marbled fore-edge on his copy of Thomas Frankland, The annals of King James and King Charles the First (London, 1681) © The Trustees of the Edward Worth Library, Dublin. On the right is an example of a gauffered fore-edge on Quintus Calaber, Derelictorum ab Homero (Venice: Aldus, 1505). © The Board of Trinity College Dublin. (Click to expand)

Gilding uses egg white as a glue for the the gold leaf. As the image to the right shows, in the sixteenth century gilt edges might also be ‘gauffered’ by pressing patterns into the gilt. Costly books were usually decorated with gold-leaf but most book owners could not afford it. As a result, ‘marbling’ became popular in the later seventeenth century for cheaper books. 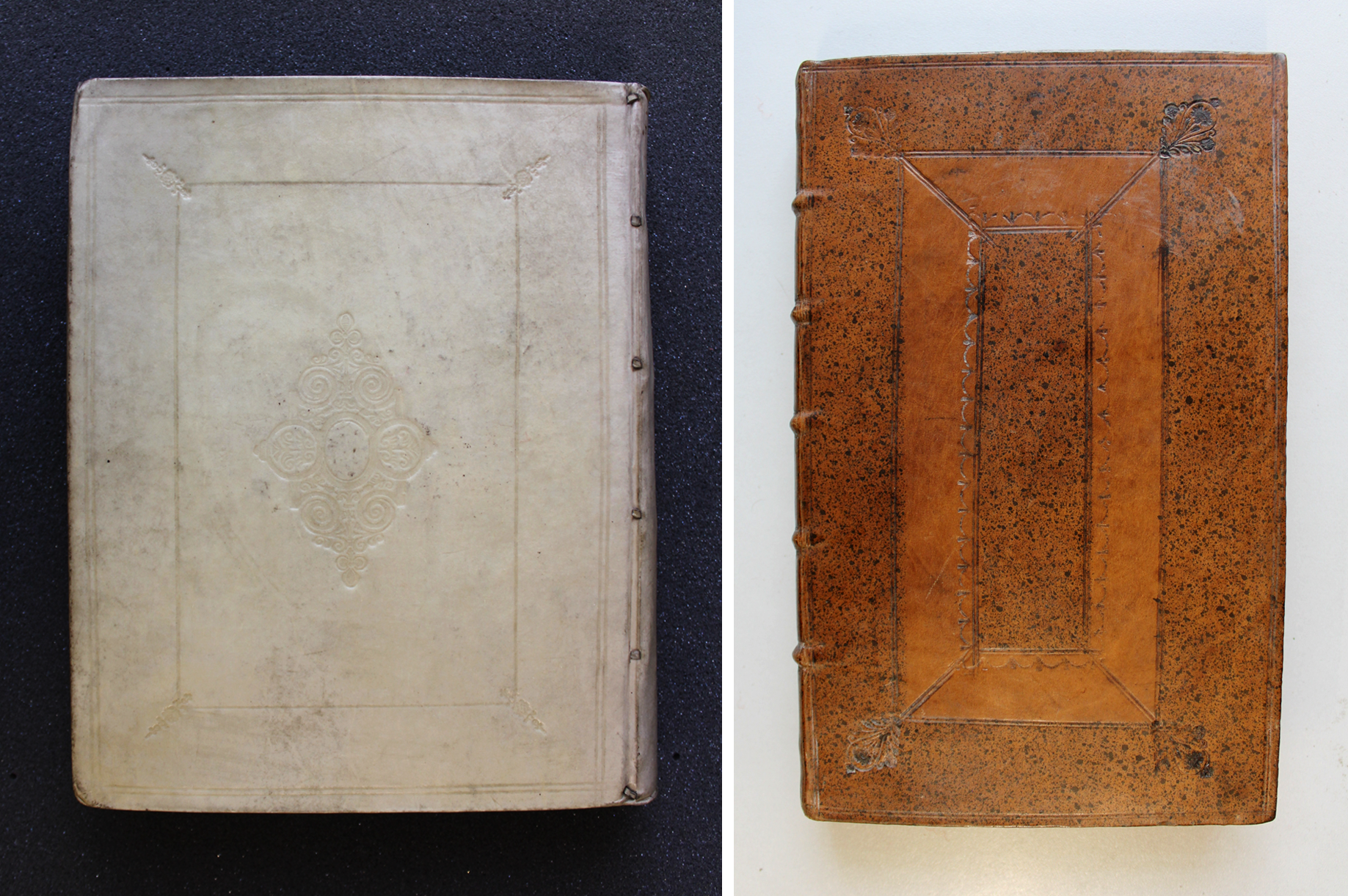 Fig 3. Two blind-tooled bindings from the Netherlands and England: on the left is the back cover of Jacob de Wilde, Gemmae selectae antiquae e museo Jacobi de Wilde (Amsterdam, 1703) and to the right is the front cover of Isaac Newton, Arithmetica universalis (Cambridge, 1707). © The Trustees of the Edward Worth Library, Dublin. (Click to expand)

Most book owners had their books ‘tooled in blind’, which meant that no gold leaf was used. Blind-tooling involves pressing tools into moistened leather/vellum. Tools might be used cold (to avoid the risk of discolouring), or hot (which provided a clearer impression). They could be used separately or together to make up complex design. Rolls were used to create borders around the covers, and panel stamps, placed in the centre of the cover, added extra decoration. Here we see an example of a Dutch panel stamp on the left and an example of the famous ‘Cambridge style’ on the right.

For book owners with more money there were other options. Covers might be embroidered or covered with costly materials such as velvet. More usually, wealthy owners had their books tooled in gold leaf. As in the gilding process, egg white was used to help the gold-leaf stick to the leather, before tooling. Gold-tooling required real skill – too much heat and the tool might ruin the binding, and, to complicate matters, the heat necessary varied depending on the animal skin being used. 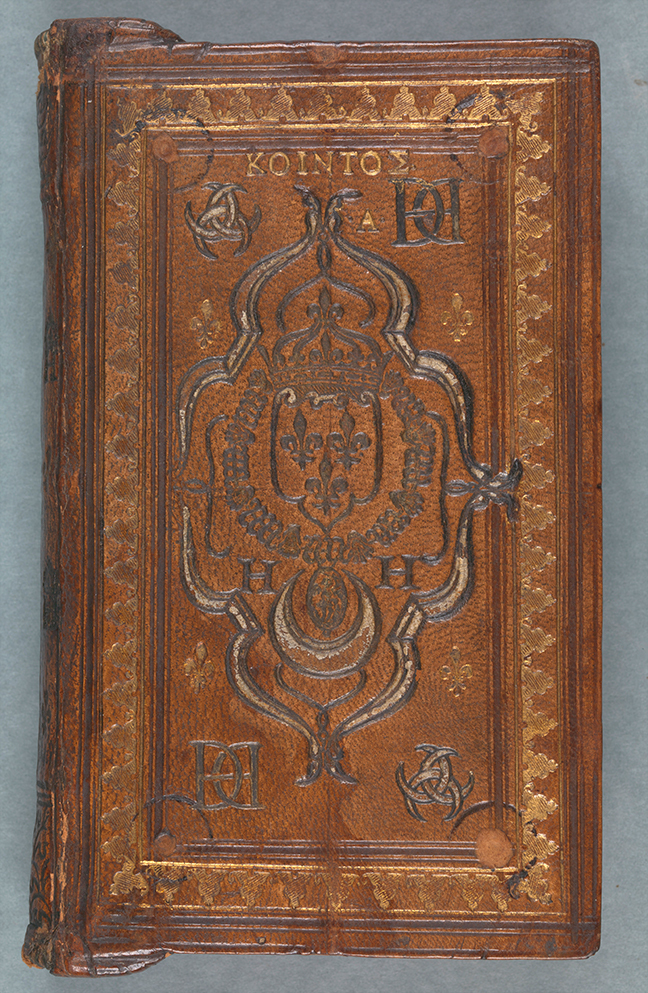