Skip main navigation
Home / History / The History of the Book in the Early Modern Period: 1450 to 1800 / Looking at printers’ devices

In our last step we looked at the role of title pages. Both title pages and printers’ devices had a lot in common since both were a mark of identity of the press, but unlike title pages, printers’ devices were primarily a feature of the fifteenth and sixteenth century book trade. They were present from the beginning of printing and their high point came in the later fifteenth and early sixteenth century. Though they continued to be used in different ways in the early modern period, they gradually became less prominent in the seventeenth and eighteenth centuries. 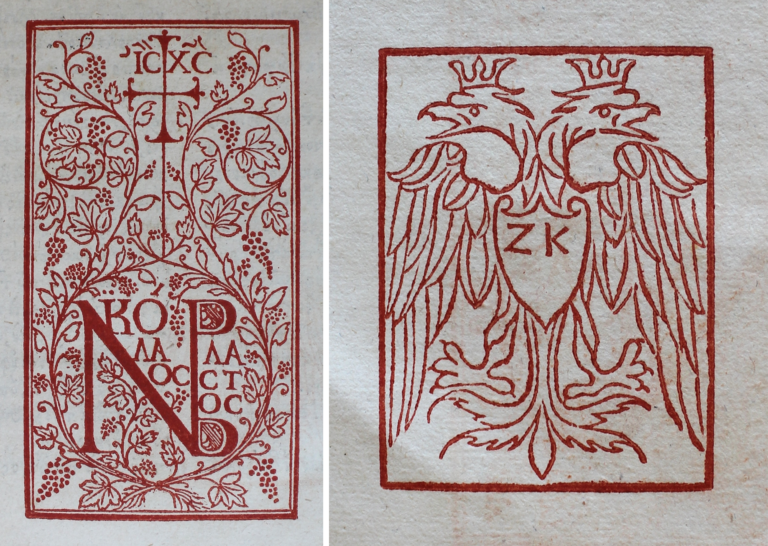 The devices of Nicolas Blastos and Zachariah Kallierges, a Cretan printing syndicate responsible for the publication of the Etymologicum magnum (Venice, 1499), reflects the influence of manuscript design. By printing their printers’ device in red, Blastos and Kallierges were following the example of countless manuscript illustration techniques. Equally, Kallierges’ use of a shield was typical of early printers’ devices. The placement of devices at the end of the text, near the colophon (which gave information about the printing of the book), shows how these two elements were interconnected: the device used an image to show who printed the book, the colophon used text. By 1486, however, some devices had moved from the back of the book, near the colophon, to the title-page – clearly to draw more attention to them. 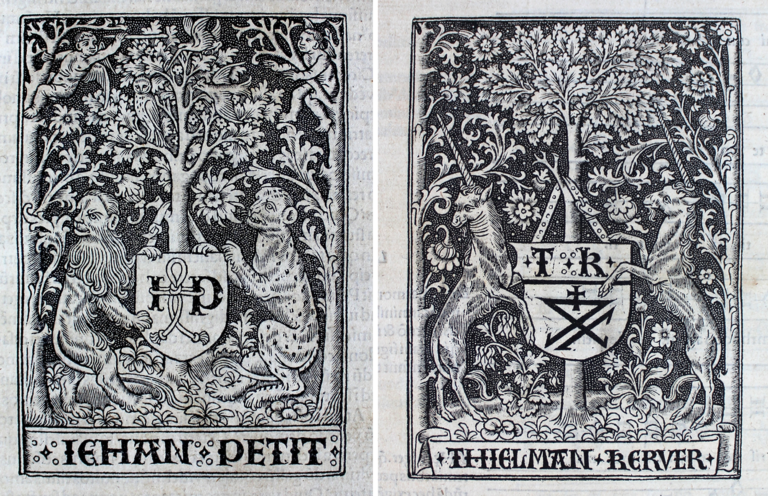 In this 1500-1501 edition of Virgil’s works, printed by the two leading printers in Paris, Jean Petit and Thielman Kerver, devices are at both the front (Petit) and back (Kerver) of the book. These devices are exquisite but they were more than just decorative additions – they also acted as an advertisement for the printers’ shop, for many devices were reproductions of shop signs. 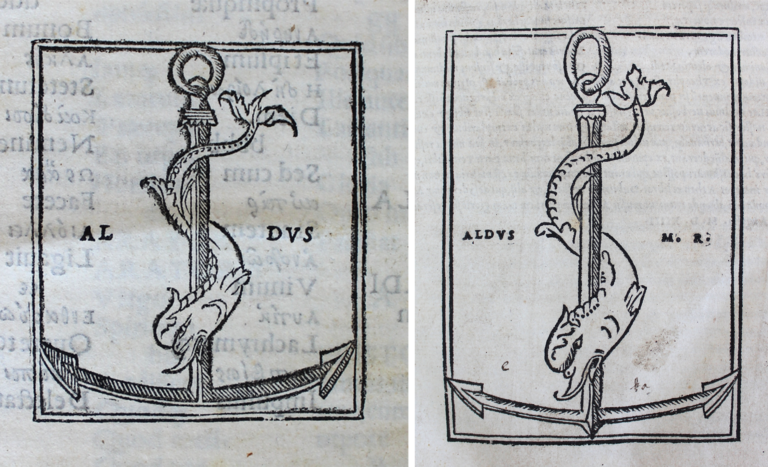 Printers’ devices were intended to signify many things: in the famous example of the Aldine device, the anchor implies stability and the dolphin speed of thought. It is likely that Aldus Manutius (d. 1515), the head of the Aldine press, deliberately included the dolphin for political reasons. A native of Bassiano, he was keen to emphasise that the Aldine press was a truly Venetian press and he was well aware that the dolphin was regarded as a symbol of Venice. The fact that the dolphin and anchor also harked back to a coin dating to the Roman Emperor Vespasian (d. 79 AD), made it a potent reminder of the chief project of the Aldine printing house: printing the classics of the ancient world. 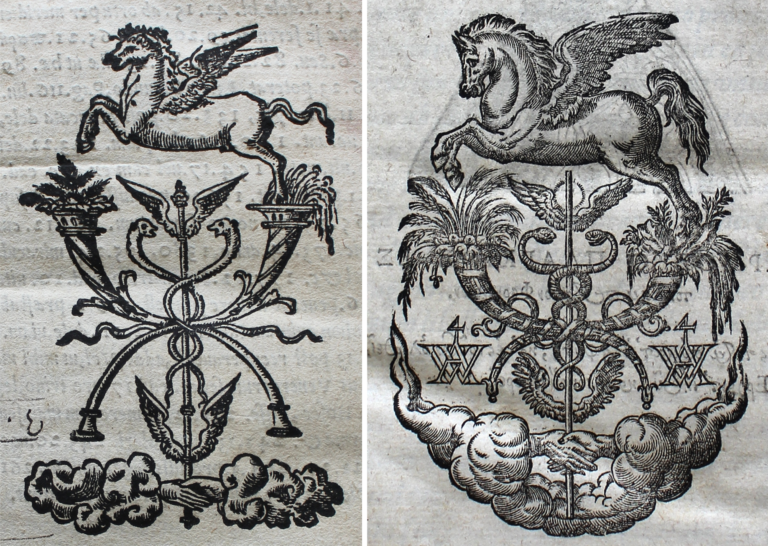 One of the last great printers’ devices was the device used by the Wechel press. Chrestien Wechel (d. 1554) was a German printer who set up a printing shop in Paris under the sign of Pegasus – and thus his device, like earlier devices, contained a direct reference to his shop. It was first used in the second Wechel edition of Andrea Alciati’s Emblemata of 1535, an influential work not only on general early modern iconography but especially for the development of printers’ devices. From the mid sixteenth century onwards, printers’ devices gradually became more emblematic until, by the early eighteenth century, they were replaced by decorative vignettes which often had little obvious link to the printing house.

In the next step we’re going to ask you to design your own printer’s device!