Find out more
Home / History / The History of the Book in the Early Modern Period: 1450 to 1800 / Connoisseur collectors

In this article we look at connoisseur collectors in the early modern period.
© Trinity College Dublin

In the early modern period book-ownership was usually a result of three factors: people (and institutions) either inherited books, or had bought them themselves, or had been given them as gifts. In other words, not every book owner was an active connoisseur (i.e. expert) book collector. Connoisseur collectors didn’t just concentrate on the text – they also focused on the book as a material object. Factors such as the prestige of the printing house; the date of the printing; its previous provenance; and the physical condition of the book, were all factors which influenced their decision to buy. But there were other, less obvious, factors, which might also influence their purchases. 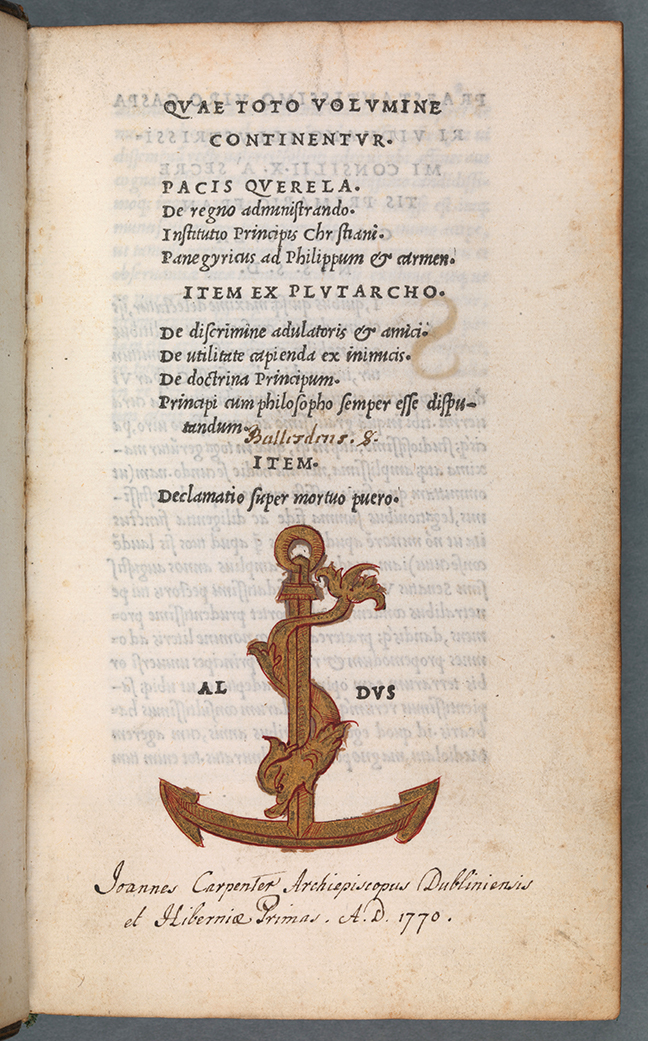 We see some of these in the career of one of the most famous collectors, Jean Grolier (1489/90-1565), Treasurer-General of France. Grolier was a member of a famous group of connoisseur collectors, active in the middle of the sixteenth century, and it is likely that he saw his books as prestige items, intended to display his social status at the French court. He was employed by both François I (1494-1547) and Henri II (1519-59) of France, both famous collectors, and was well-positioned to become a collector himself because he not only had the money to finance his collection, but also had links with famous printers, especially the Venetian Aldine press (whose printers’ device is discussed earlier on in the course). 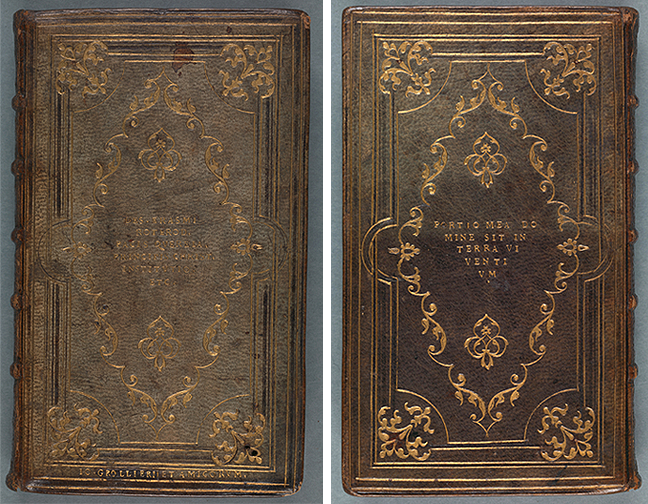 Grolier emphasised his ownership by getting his binder to tool his name in gold on the front cover and a motto on the back. But if we look more closely we can see that he didn’t just include his name but also added the phrase ‘et amicorum’ [and friends]. For Grolier, book collecting was intrinsically connected to his identity: he saw himself as a collector among collectors, a patron of renaissance scholarship. 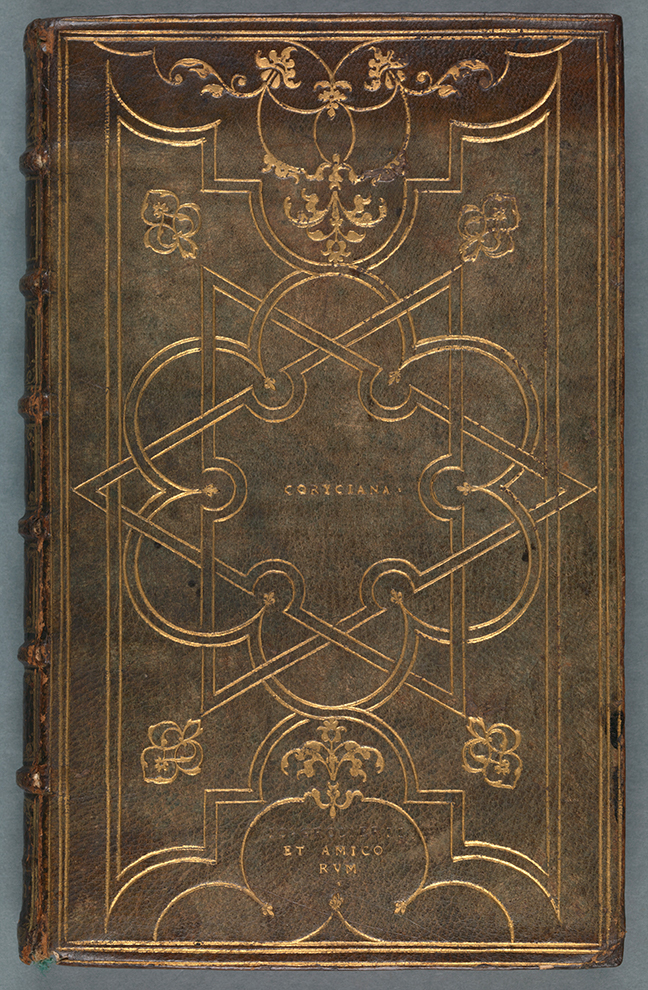 Size became another factor in the creation of a connoisseur library and certainly the seventeenth and early eighteenth-century collectors amassed huge libraries. By the early eighteenth century a new factor becomes visible: the concept of the book as rarity and Grolier’s books became collectors’ items themselves. Provenance too began to play a role in collecting: books might be bought simply because they had been owned by someone like Grolier. For example, this book was bought by the Irish collector Henry Quin (d. 1805), in 1789, simply because it had previously been owned by Grolier and the famous seventeenth-century French historian and book collector Jacques Auguste de Thou (1553-1617). 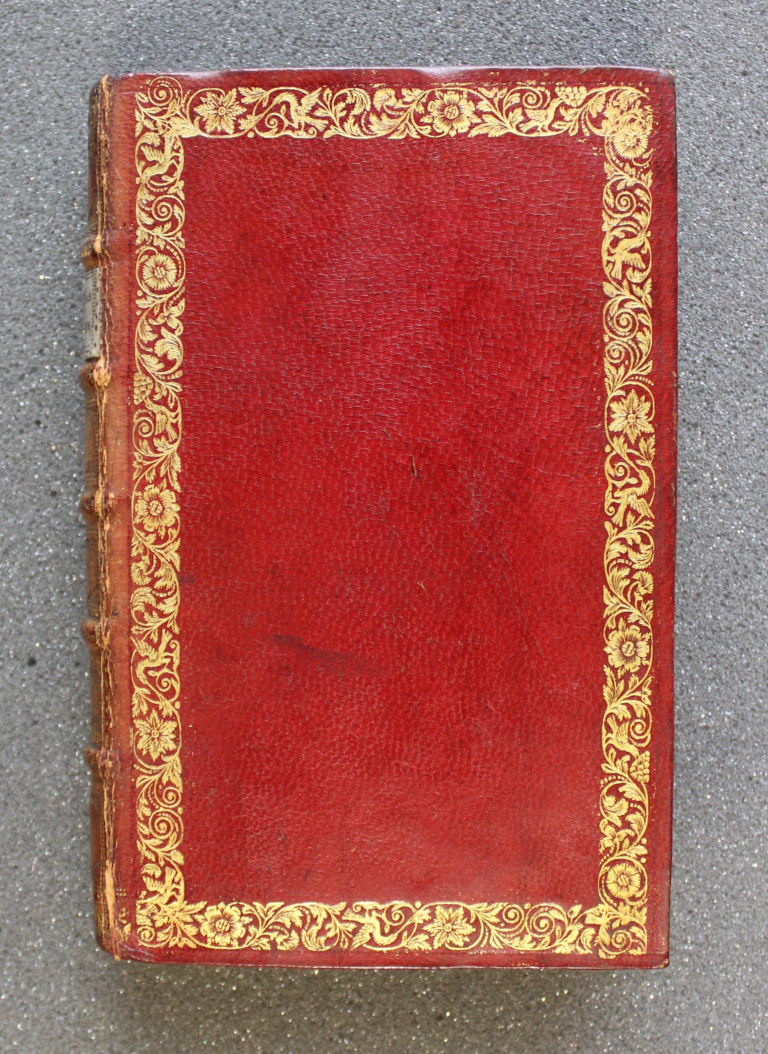 By the early eighteenth century we can see a range of different types of connoisseur collectors, men like Edward Worth (1676-1733), an early eighteenth-century Dublin physician, who not only bought medical works for professional reasons but also included Aldine editions of famous medical writers simply because they were Aldines. Just as Grolier had employed a range of binders to produce beautiful bindings to show off his purchases, so too did Worth and contemporary collectors such as the Amsterdam merchant Goswin Uilenbroek (1658-1740) and the Utrecht cleric Hendrik Adriaan vander Marck. For this reason, many early printings may be found in eighteenth-century bindings but collectors were also eager to preserve original fine bindings such as the following one from Worth’s library. 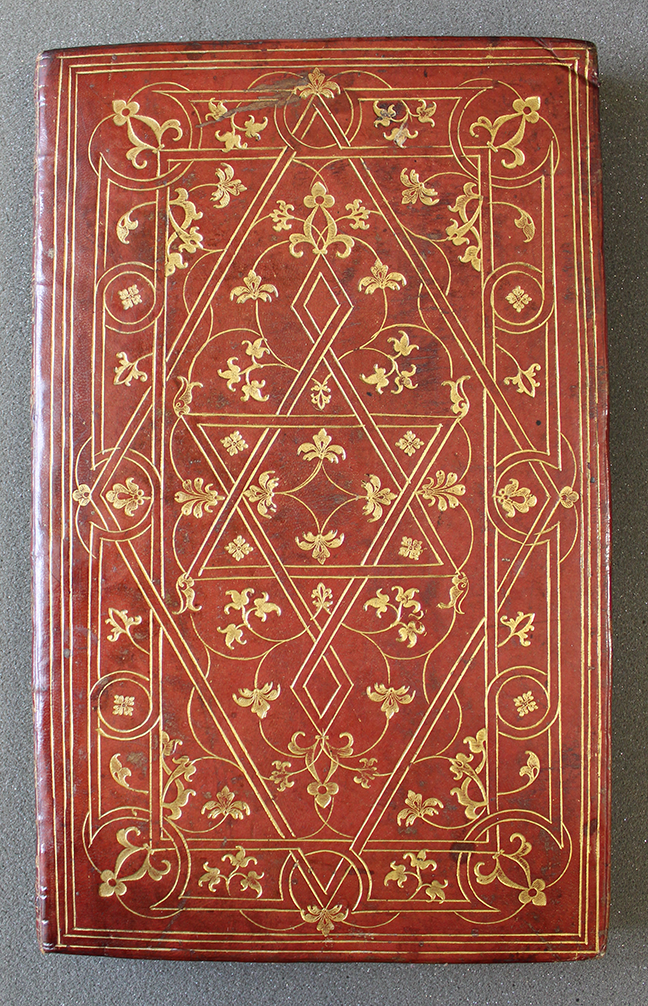 Fig 5. A mid-sixteenth-century French binding on Worth’s copy of Herodotus, Historiae lib. IX (Geneva, 1566). © The Trustees of the Edward Worth Library, Dublin.