Skip main navigation
Home / History / The History of the Book in the Early Modern Period: 1450 to 1800 / Looking at prefaces

In this article we look at prefaces in the early modern period.
© Trinity College Dublin

For the modern reader, the preface, if we notice it at all, is just a few pages at the start of a book that we flick through on our way to chapter 1. Perhaps the only exception to this is if the book is written by a friend or colleague. In that case, we’re more likely to read through the preface carefully, to see whether we are amongst those who have merited a mention. In many ways, a preface is like our appendix – small, inessential, and only noticed if it causes us pain.

We check to see if we have rated a mention in the preface, because prefaces are largely about relationships. In them, we get a sense of the relationships that are important to an author, the friendships and collaborations that he or she values. While the early modern preface was often a far grander, more elaborate, and more prominent affair, it served essentially the same purpose – to highlight the importance of the author’s relationships. Sometimes, these relationships are only captured, or are most clearly captured, in prefaces. It is this that gives them their importance for historians and literary scholars.

It is only relatively recently that scholars have begun to focus on the importance of paratext – those elements of a book that do not form part of the main text, but which appear alongside it. Prefaces are one of the most common forms of paratext in early modern printed books. Not all authors included one, but many did – and sometimes they were substantial. Indeed, in some cases, the literary text seems to have been less important than the preface. The posthumous quarto of William Cartwright’s Comedies, Tragi-comedies, with other poems (1651), for example, has over one-hundred pages of prefatory matter: a frontispiece, dedication, epistle to readers, and commendatory poems from friends of the author.

In the words of Heidi Brayman Hackel, It is:

‘the business of the preface is to shape each unknown reader into a receptive, pleasant reader.’

View Course
Prefaces allowed early modern authors to set their readers expectations, to instruct them in the true significance of the work they were about to read, and to prepare them to respond properly to it.
We can see this process at work in Thomas More’s Utopia (1516). Utopia is prefaced with a number of letters purporting to be written by some of the biggest names in contemporary European scholarship. These letters are an important part of the joke of Utopia. Not only do they control how the reader might read, and understand, the text, they provide a fascinating evocation of the interconnected world of early modern scholarship. 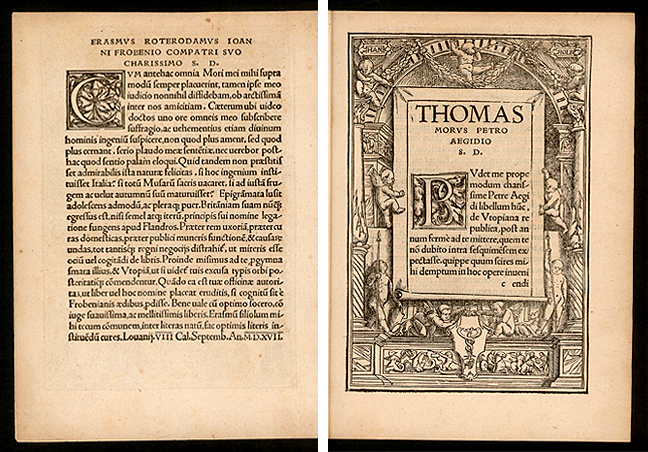 Fig 1. On the left is Erasmus’ letter to John Froben in Thomas More’s De optimo reip. statu, deque noua insula Vtopia… (Basel, 1518), title verso. (Click to expand) On the right is Thomas More’s letter to Peter Giles in More’s De optimo reip. statu, deque noua insula Vtopia… (Basel, 1518). p. 17. (Click to expand) (C) Universitätsbibliothek Basel
This use of the preface commonly happened on a more modest scale. In this edition of Philip Sidney’s Countesse of Pembroke’s Arcadia, printed in Dublin in 1621 the prefatory epistle ‘To The Reader’ is concerned to provide the reader with a framework for understanding the work. Unusually, this preface was provided, not by the author or the editor, but by Hugh Sanford, secretary to the Countess of Pembroke’s husband, Henry Herbert, 2nd Earl of Pembroke (d.1601). Sanford’s preface is a description and a defence of the significant changes and additions made by Mary Herbert (1561-1621) the Countess of Pembroke (who was Philip Sidney’s sister) to the text of the Arcadia. 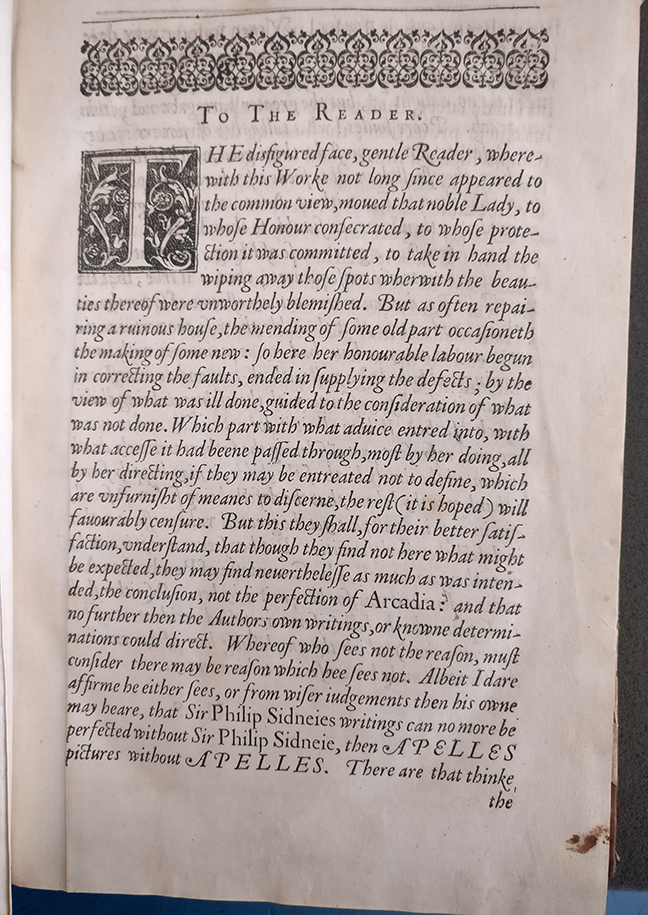 Fig 2. Hugh Sandford’s letter ‘To The Reader’, from Philip Sidney, The Countesse of Pembroke’s Arcadia. Written by Sir Philip Sidney Knight, (Dublin, 1621).
As well as Sanford’s letter to the reader, this edition includes Sidney’s letter to his sister. Although ostensibly an intimate piece of correspondence, it is designed to inform the reader about the closeness of the relationship between the author and his sister, and, by means of a typically early modern ‘humble-brag’, to let us know that, although Sidney doesn’t think the poem is up to much, his distinguished and sophisticated sister loves it. 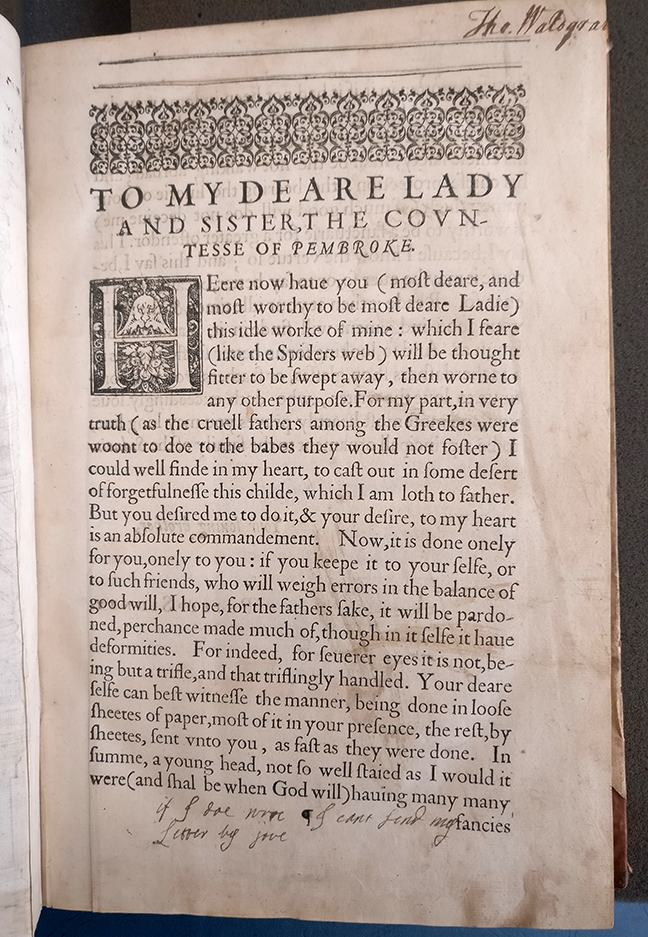 Fig 3. ‘To my deare lady and sister’, from Philip Sidney, The Countesse of Pembroke’s Arcadia. Written by Sir Philip Sidney Knight, (Dublin, 1621).
Sidney’s epistle to his sister is an example of the other sort of relationship that the early modern preface demonstrated – not with readers of the book, but with the patrons of the author. Many early modern authors depended on wealthy and aristocratic patrons for financial and political support, and a preface eulogising the patron’s status as a judicious and generous supporter of literature was recognised as appropriate recompense for their investment.
With its list of sonnets addressed to a range of important people. Edmund Spenser’s Faerie Queen (1590) is a particularly famous – or infamous – example of this use of the preface. It is also highly unusual in that the preface comes, not at the front of the book, where we might expect it to be, but at the back, leaving the place of prominence for the dedication to Elizabeth I (1533-1603). There is debate about whether this positioning reflects Spenser’s intention or a printer’s error, but whichever explanation is correct, the prefatory sonnets are an outstanding example of the ways in which early modern paratexts can help us to locate books in their social, intellect, and political contexts. 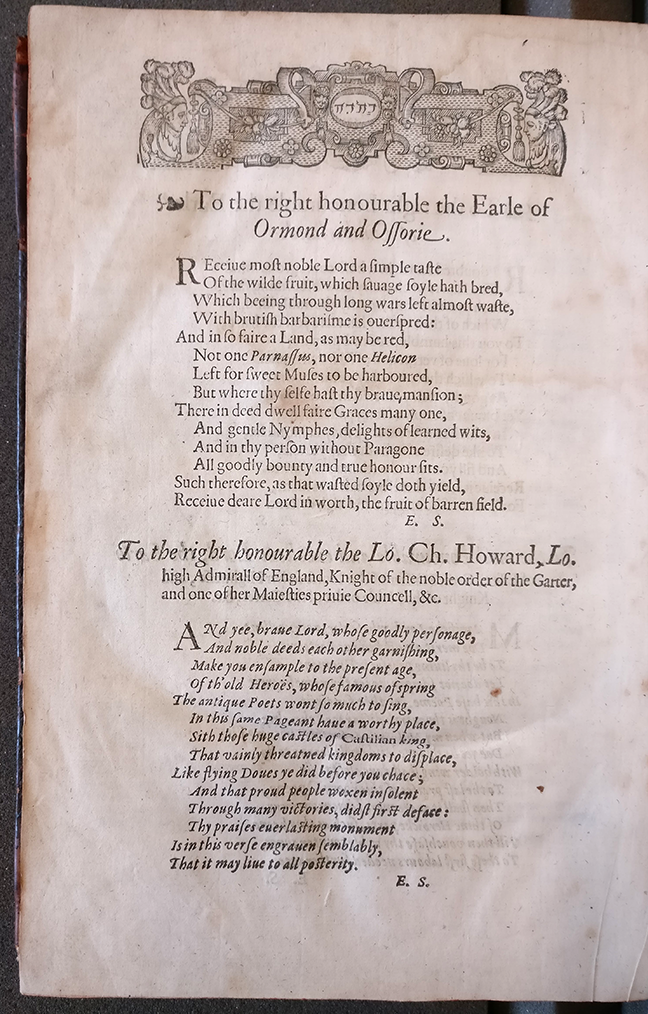