Skip main navigation
Home / History / The History of the Book in the Early Modern Period: 1450 to 1800 / Taking notes

This article looks at how people took notes in the early modern period.
© Trinity College Dublin 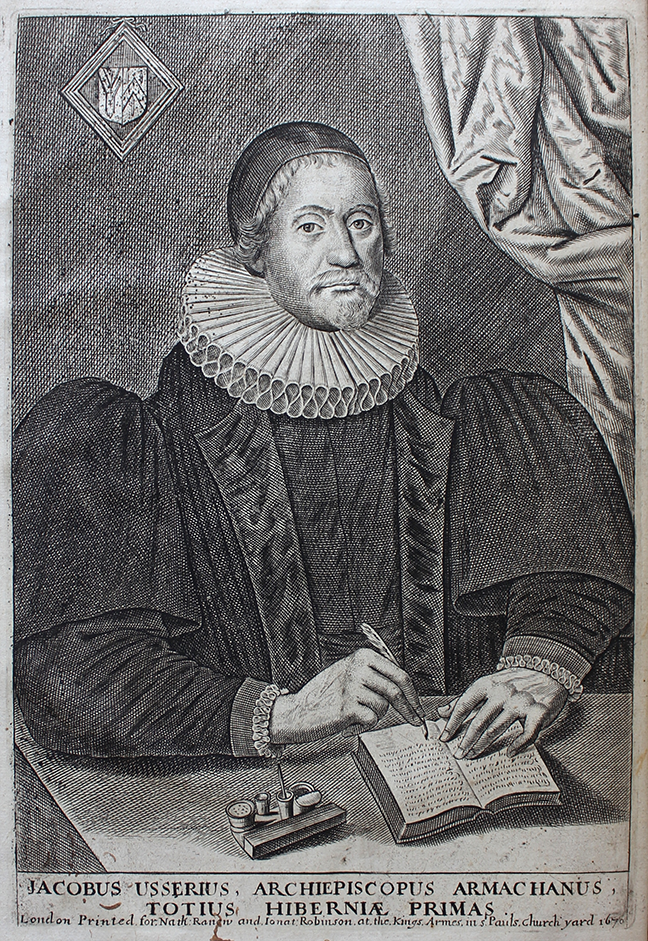 Fig 1. Portrait of James Ussher, Archbishop of Armagh, writing in a note-book: Richard Parr, The life of the Most Reverend Father in God, James Usher, late Lord Arch-Bishop of Armagh, primate and metropolitan of all Ireland (London, 1686), frontispiece. © The Trustees of the Edward Worth Library, Dublin.

Some wrote on loose leaves of paper which were later bound together into ‘miscellanea’ (i.e. notebooks which included a variety of unrelated material). Others took a more systematic approach and attempted to organize their note-taking, devoting specific notebooks to specific subjects. The most common method of note-taking in the early modern period was called ‘common-placing’, a technique which made notebooks easier to use as finding aids. In practise, scholars such as James Ussher (one of the most famous scholars of seventeenth-century Europe) used all three types of note-taking. 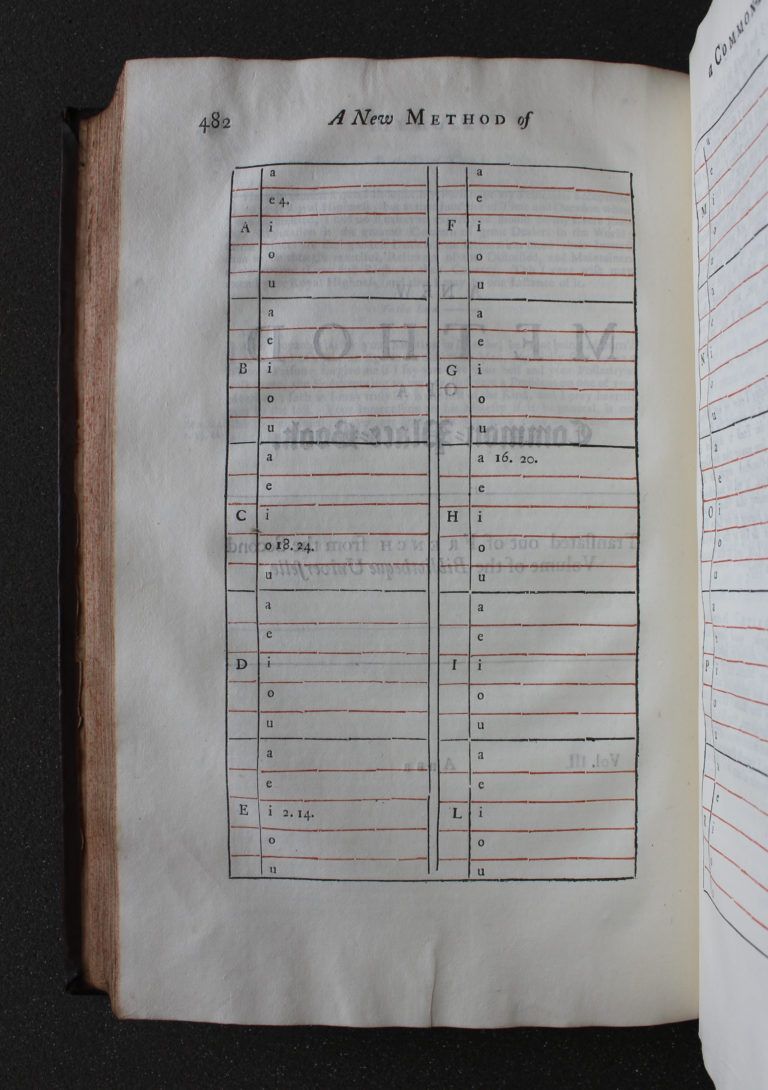 The idea of commonplace notebooks was not new: Aristotle and Cicero had advocated the use of ‘Loci communes’ (i.e. commonplaces which were subject headings) as aids for orators in creating an oration. For example, all quotations on the topic ‘virtue’ would be listed together under that subject heading, enabling the orator to quickly access his/her notes on that topic for his/her speech. The concept therefore predated the fifteenth century but it became an integral part of the early modern school experience, as young students were encouraged to bring together excerpts from their reading.

Scholars soon realised that while the creation of a commonplace notebook was a useful study aid, the method of its creation was very personal – after all the classification of subject headings was the choice of the reader. In an attempt to bring order to commonplace notebooks John Locke (1632-1704) published an important treatise in 1686 on how to index a commonplace notebook. In this he encouraged making an index of the headings used throughout the notebook. His system was based on the initial capital letter and the first vowel. So, for example, the word ‘Adversaria’ would be indexed under ‘Ae’. Locke’s system proved popular and his small treatise on indexing of notes was reprinted a number of times during the eighteenth century. 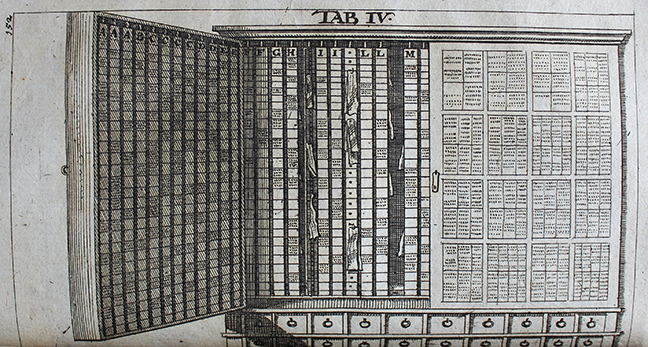 Fig 3. A note closet, in Vincent Placcius, De arte excerpendi (Stockholm and Hamburg, 1689), Tab IV. © The Trustees of the Edward Worth Library, Dublin.

Vincent Placcius’ 1689 text on the art of excerpting from books is one of a number of manuals on note-taking written in the seventeenth century. Placcius (1642-99) explains that indexing a scholar’s notes not only made them more easily used by the scholar but also, ideally, broadened their usage by the wider academic community. He advocated cross-referencing the index, which added a further level of interaction with the notes and made them even more useful as a source of knowledge management. Placcius went one step further: using a manuscript of the 1640s, written by Thomas Harrison, he advocated the use of a ‘note closet’. 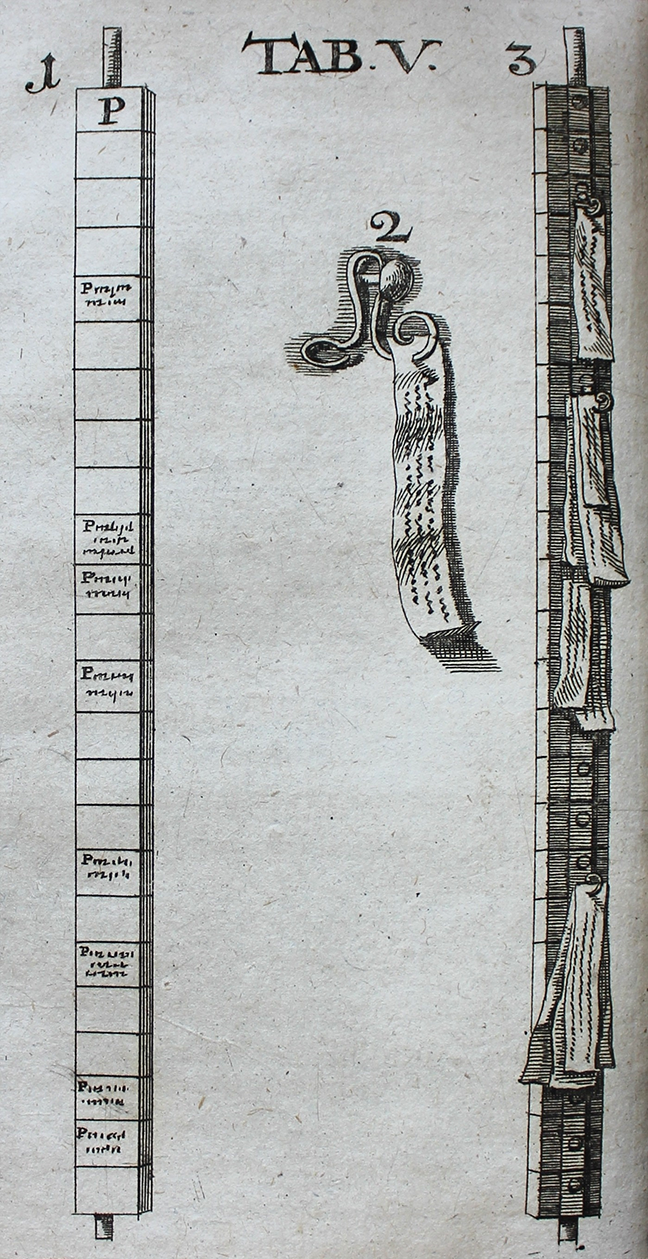 Fig 4. Slip of paper on hook, used in the note closet in Vincent Placcius, De arte excerpendi (Stockholm and Hamburg, 1689), Tab V. © The Trustees of the Edward Worth Library, Dublin.

This combined commonplace headings on the one side and their associated references stored on slips of paper on the other. Where Locke had advocated using around one hundred headings, the note closet could accommodate over three thousand. Designed as a collaborative effort, it could be used by the new academic and scientific societies developing in the early modern period. This was note-taking as a group activity and one might view it as an early form of a computer!