Skip main navigation
Home / History / The History of the Book in the Early Modern Period: 1450 to 1800 / The Fagel Botanical Collection: Text and image

In this article, we look at the Fagel Botanical collection.
© Trinity College Dublin

In our previous step we looked at the famous Fagel Collection in Trinity College Dublin. As the working library of an affluent urban family living in The Hague, the Fagel library gives us an insight into public and private lives in the Dutch Republic. The Fagels’ books reflect their deep interest in acquiring knowledge and in interpreting their contemporary world. This is evident in their magnificent collection of beautifully illustrated botanical books, which they used both for reference and enjoyment. 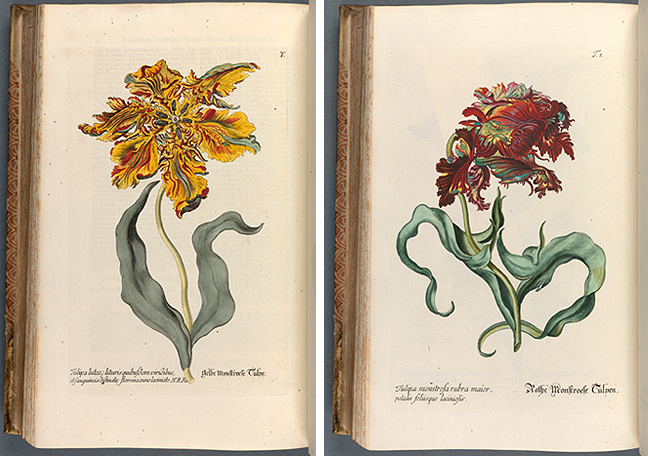 It is perhaps unsurprising to find that tulips loom large in the collection. The famous ‘Tulip Mania’ had peaked during the 1630s when tulips sold at exorbitant prices, creating a speculative bubble which finally burst in 1637. Included in the Fagel Collection is the lovely Fagel Tulip Catalogue (TCD MS 1706), an illustrated manuscript connected to the legendary Alkmaar auction of 5 February 1637. This took place just before the tulip bulb market crashed at the height of tulip mania. 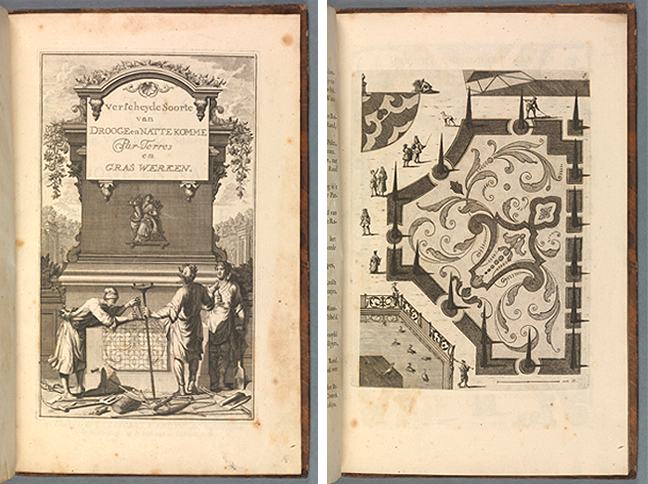 Fig 2. Tracktaat der Lusthoff (Leiden, 1720), engraved half-title (Click to expand) and plate opposite p.8. (Click to enlarge) © The Board of Trinity College Dublin.

The Fagel botanical collection not only mirrors such turbulent economic events in the Dutch Republic. It also reflects the more down to earth horticultural tradition of the family itself. We know that Gaspar Fagel (1634-1688), was a renowned cultivator of exotic plants from the Dutch colonies. Following in his footsteps, François Fagel the Elder (1659-1756), also took a keen interest in the garden of the large family home in The Hague. The range of gardening manuals in the collection, such as Nederlantze Hesperides (Amsterdam, 1676) and Le Jardin de Hollande (Leiden, 1714) shows a desire to be informed on the practical aspect of horticulture, in order to be able to instruct their gardeners and garden designers, and, even, perhaps, to put in some manual labour themselves. Many of the gardening books give advice on the transfer of newly discovered plants from the Dutch colonies into domestic gardens. 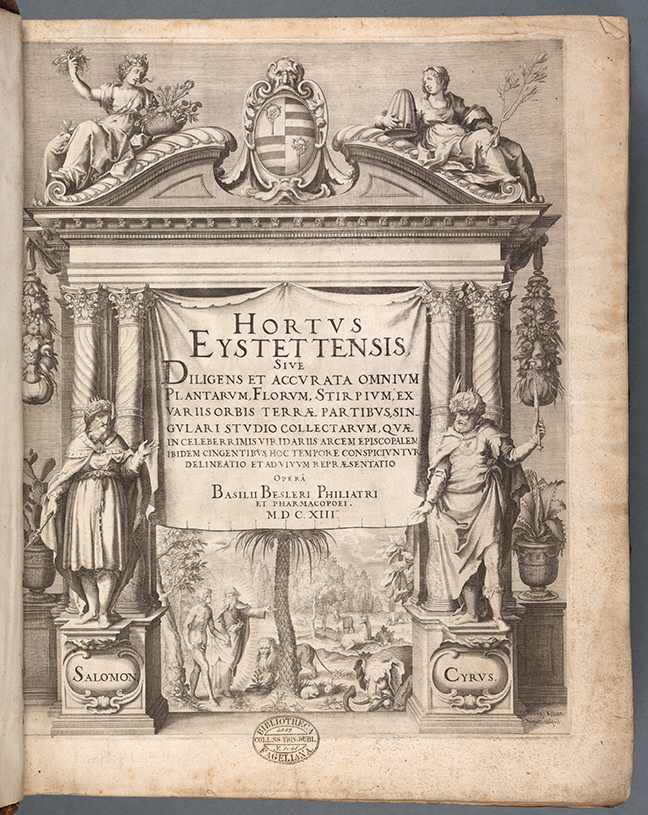 The Fagels’ botanical works were not bought solely for their beauty – they were intended for use. A good example is Basil Besler’s famous Hortus Eystettensis, which depicts the botanical garden at Eichstätt in Germany. This was published in two editions: a luxury richly-coloured version without text, and a black-and-white version with text, intended as a reference book, which is the Fagel copy. An 18-page manuscript index, probably compiled by François Fagel the Elder, demonstrates that the work was used for practical purposes. 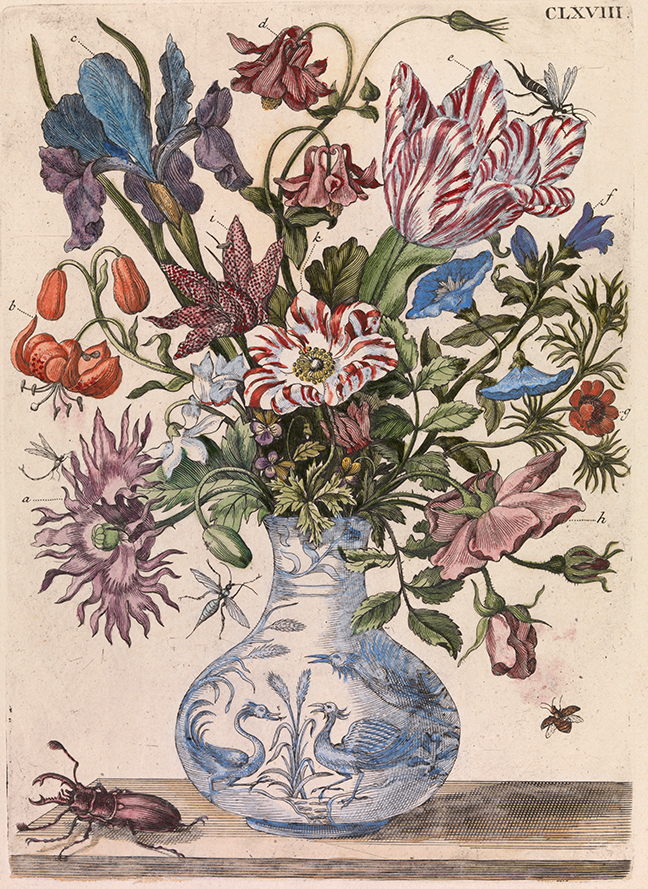 The Fagels were equally interested in the use of flowers for display. Arrangements of cut flowers from gardens enhanced domestic interiors and the Fagels may have looked for ideas on how to display them in books such as Giovanni Battista Ferrari’s De Florum Cultura (Rome, 1633), with its floral arrangements and ingenious designs for vases. The blue and white Delftware of Holland and Chinese porcelain vases were popular, as depicted in this arrangement painted by Maria Sybilla Merian in her beautiful work on European insects: De Europische Insecten. Likewise, the many books containing illustrations of the gardens of large country houses could also be used for ideas for garden containers and landscape architecture.