The first people of Australia arrived around 50,000 years ago. Australia has a very long and rich indigenous heritage. 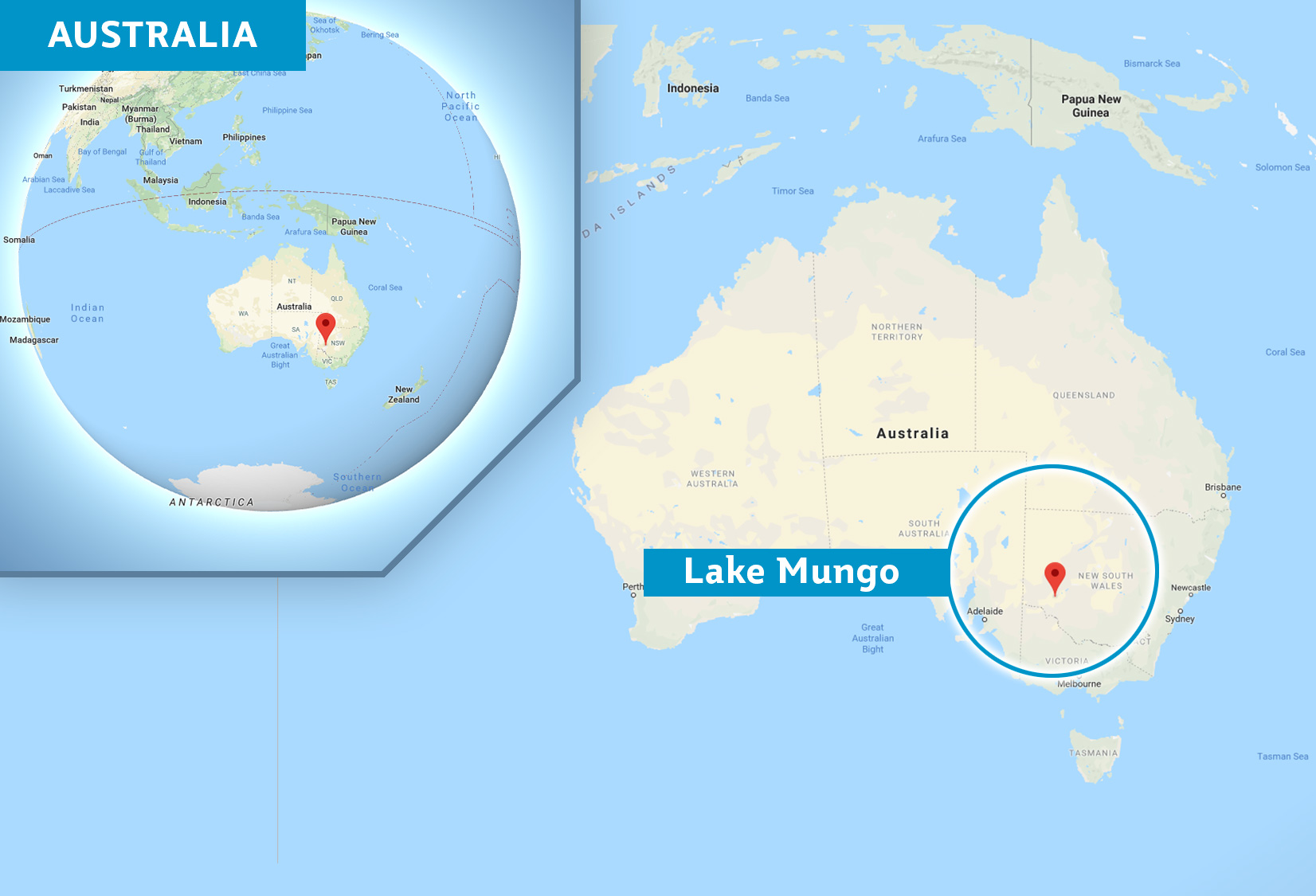 The first people of Australia arrived around 50,000 years ago. Australia has a very long and rich indigenous heritage. Griffith University acknowledges the Paakantji, Ngyiampaa and Mutthi Mutthi people, pays respect to the Elders, past and present, and extends that respect to other Aboriginal and Torres Strait Islander peoples. Just over 1,000 kilometres west of Sydney, in New South Wales, Australia, lies the Willandra Lakes Region. This is a series of nineteen dry lake beds, located in a semi-arid landscape that stretches over 240,000 hectares. It is an area of both cultural and natural significance (Johnston and Mintern, 2012).

Drought and wind are constantly reshaping the landscape here. The wind erodes the loose material from the dry lake beds and deserts, carrying it for miles and depositing it elsewhere – a process known as deflation. A newspaper reporter travelling the region during a drought in 1944 noted that the action of the erosion was uncovering skeletal remains, which were then being scattered by the winds. In 1968, geologist Jim Bowler came across bone fragments in a large series of dunes known as the Walls of China – located at the eastern and southern edge of a dry lake named Lake Mungo. He brought a group of archaeologists back to the area the following year, to confirm that they were human remains. They proved to be remains of an adult female, who had been cremated. They called her Mungo Lady (Bowler et al., 1970). In early 1974, rain lashed the area of Lake Mungo. After the rains had ceased, Dr Bowler began a search of the area, knowing that the heavy rains could expose new artifacts that had previously been buried. He saw the tip of a white bone, not far from the site of Mungo Lady. An archaeological team lead by Dr Alan Thorne confirmed the discovery of an adult male skeleton, which they called Mungo Man (Pickrell, 2015). 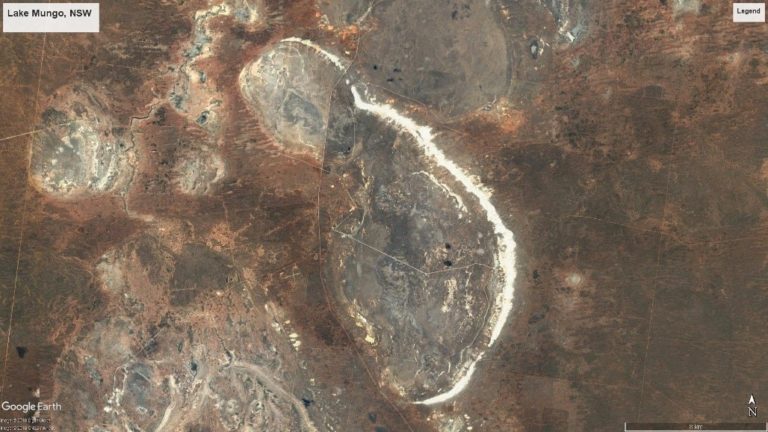 View Course
In the Google Earth image above, you can clearly see the white line of the Walls of China on the eastern and southern edges of the dry lake bed. 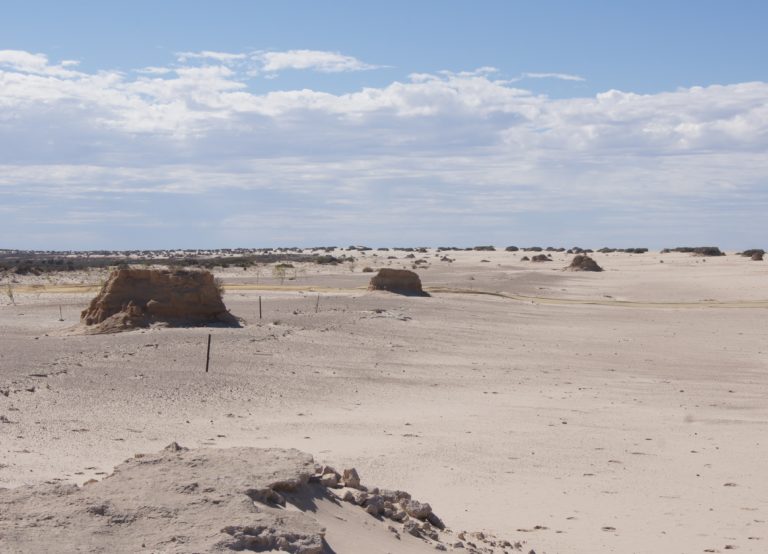 The Lake Mungo site presents a different challenge from the other two sites. For this site, deflation was an obvious and immediate issue – the stratigraphy (and the fossils themselves) had become exposed to the elements. Much of the surrounding stratigraphy had already been worn away by the time the fossils were discovered. The recovery team were on a deadline and the stratigraphic evidence was disappearing. There was also another consideration for this site and the finds, a very important one. As with all Aboriginal peoples, the traditional peoples of the Lake Mungo region, the Paakantji, Ngyiampaa and Mutthi Mutthi people, have strong connections to Country. Scientists and researchers studying human remains learned to understand and appreciate the sensitivity that is bound up in their work. Working alongside indigenous communities and striving to treat human remains with respect and dignity is an important element of modern archaeology (Westaway and Durband, 2017).

Our third site is different again from the other two. In Liang Bua you saw the effect of water and volcanic action on the stratigraphy. At Lake Mungo, it’s the desert and wind erosion – with the occasional heavy rain. What possible issues can you see for the researchers of the Lake Mungo site and finds? Please select the comments link and post your thoughts.