Skip main navigation
Home / History / Archaeology / A Question of Time: How We Date Human Evolution / Implications of the findings at Lake Mungo

Implications of the findings at Lake Mungo

Mungo Lady and Mungo Man changed our perspective on the arrival of modern humans to Australia. But can they tell us more? 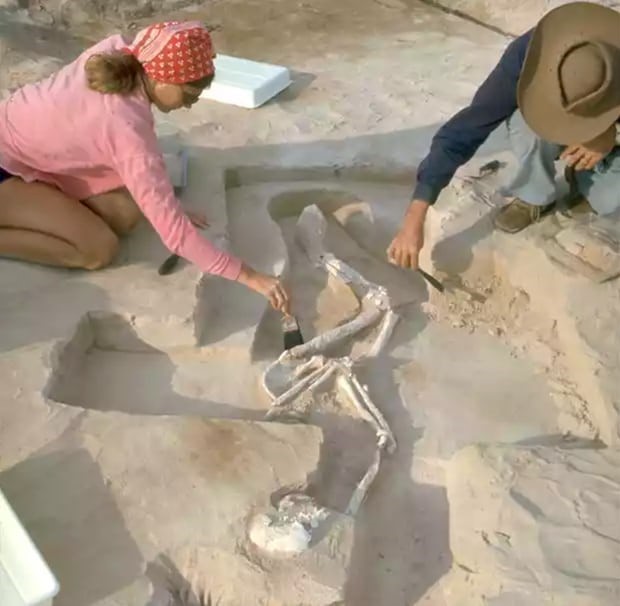 Mungo Lady and Mungo Man changed our perspective on the arrival of modern humans to Australia. But can they tell us more? The finds at Mungo have certainly stirred up controversy and debate in the world of archaeology. From a perspective that began in the 1960s with early modern humans only arriving in Australia 12,000 years ago, dates of around 25,000, 40,000 and 60,000 years have been offered from various dating studies. The last dates in particular raised eyebrows – if correct, it would challenge elements of the ‘Out of Africa’ model. The morphology of the Mungo remains, for example, is quite ‘gracile’ or slender – much different from the more robust examples of early humans in Indonesia and Southwest Asia. If they represent a people who have been here for 60,000 years – then where did they come from? Problematically, the ongoing deflation of the landscape over the past decades means that the actual sites and their context no longer exist – they’ve been blown away into the deserts and dunes of the Lake Mungo region. But what about the bones themselves? Couldn’t we learn more from attempts to directly date the bones? What about advances in DNA and genomics? 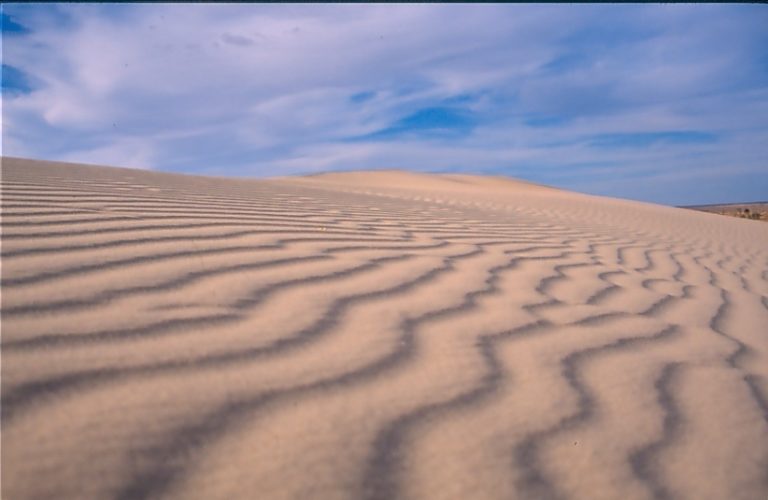 The deserts and dunes of the Lake Mungo region. (Photo: Steve Webb – with permission)

And here our story takes a turn.

View Course
Remember when we introduced you to Lake Mungo, we explained that the remains had been taken without the permission of the local Aboriginal people? Well, over the decades since the first recovery of Mungo Lady in 1969 and Mungo Man in 1974, researchers and scientists have learned much about cooperating with the indigenous peoples to arrive at mutual understandings. The connection of the Australian Aborigine to Country is a strong one, and the Paakantji, Ngyiampaa and Mutthi Mutthi people have longed for the return of Mungo Man and Mungo Lady to Country. By removing the remains all those years ago, it is probable that the original archaeological team saved Mungo Lady and Mungo Man from the destructive forces of erosion. But as fascinating as our drive and hunger for knowledge may be, there are other kinds of knowledge that must be respected. In 1992, Mungo Lady was returned to Country. In November of 2017, Mungo Man was also returned to Country. We do not know if we will ever have opportunity to study their remains again, to address our questions or to apply new technologies as they are developed. Perhaps the last piece of knowing that we have gained from them was the combining of science and humanities with Indigenous knowledge and traditions.