The response of local people to the impacts of flooding

The response of local people to the impacts of flooding
© Coventry University. CC BY-NC 4.0

The literature is full of detail about government and agency response. There is little detail available about the action taken by affected families and communities during and after the floods. Communities are first responders; local people do not become inert during an emergency. Based on news reports we might imagine the following scenarios for those in the northern or upstream areas, and those in the central and southern areas. 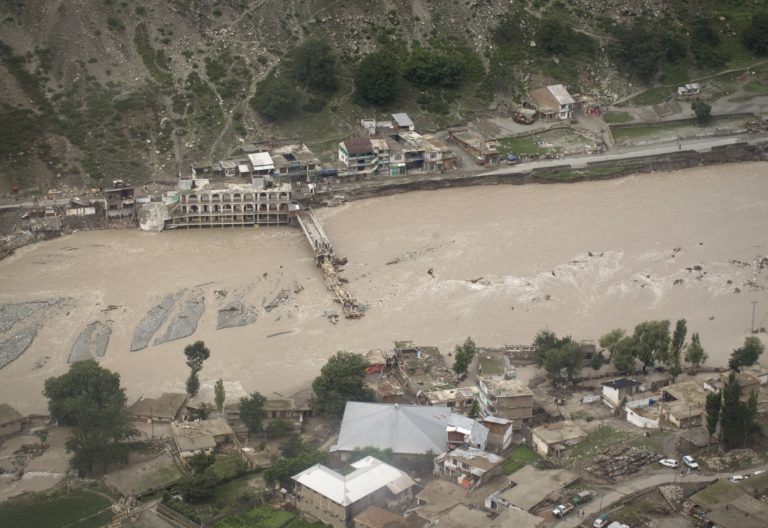 In the Swat and Kabul valleys, floodwaters rose rapidly overnight, leaving very little time to collect belongings and get young children and elderly relatives to safety. Neighbours helped neighbours to carry what little could be saved, as floodwater flowed swiftly down steep valleys and into flood basins.

Families and friends sheltered together for several days, staying in public buildings or with family and friends. Civil society groups and community members shared food and blankets but these resources were in short supply and marginalised groups struggled to access them. In the following days, people travelled to nearby villages and towns to get supplies, and local charities attempted to mobilise medical and other essential supplies. Journeys were hampered by damaged roads and washed away bridges. Rain came again and again; people self evacuated from flood areas each time. They improvised rainwater collection, as water supplies failed because pipes were washed away. Power was lost, and during the dark nights, people made fires for light and warmth.

When some returned home they found that not only were their houses was destroyed but their land was eroded as the river changed its course. They were left with a choice between becoming long-term residents of shelter camps, or to set off to urban centres to seek alternative housing and job opportunities. In many villages, community leaders coordinated the locally available assistance for affected families. As soon as the flood waters subsided house holders began retrieving and cleaning their remaining personal possessions. Some families were able to use meagre savings to buy building materials; others set about making earth bricks to reconstruct their damaged homes.

In the centre and south

Floodwaters rose more gradually over days in the central and southern regions. People watched and hoped that their homes would escape the rising water, but eventually gathered their families and what belongings they could carry and waded through chest-high water to higher ground.

The distance to elevated ground was often several kilometres; many sought respite on rooftops. Local boat owners attempted to help with the evacuation but in some cases, boats capsized and families were separated. 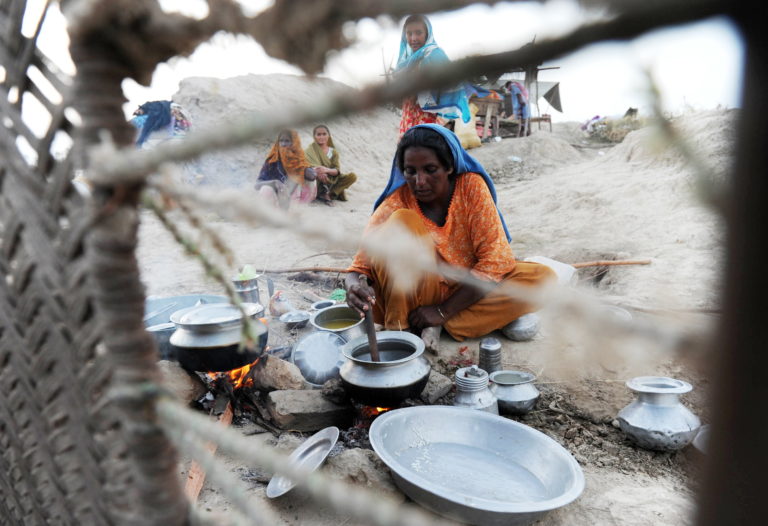 In low-lying areas, standing water remained in parts of the province for six months. People initially sought shelter in informal camps, and then many moved on to organised camps. In the camps, people looked to preserve their dignity and protect their family, many suffering from psychological impacts as a result of losing their loved ones and their homes.

Those who left the camps to return home found their land waterlogged and unsuitable for planting whatever seed was left. They began clearing the seemingly endless slurry from their damaged homes and set about finding the materials needed for repair. Livestock that had survived the floods had little food, no clean water and families couldn’t afford veterinary care for injured animals. Some families sought loans, formal or otherwise.

Many people slept outside their homes, worried that they were structurally unsafe. In some families, women and children were left to cope with damaged and damp homes while men travelled to find work and provide an income for reconstruction.

The impact was greater than the local capacity to respond

Valiant efforts to respond to the disaster were made by local people. Social media was widely used by those affected to contact family members in Pakistan and abroad. Remittances gradually flowed in from relatives working abroad. 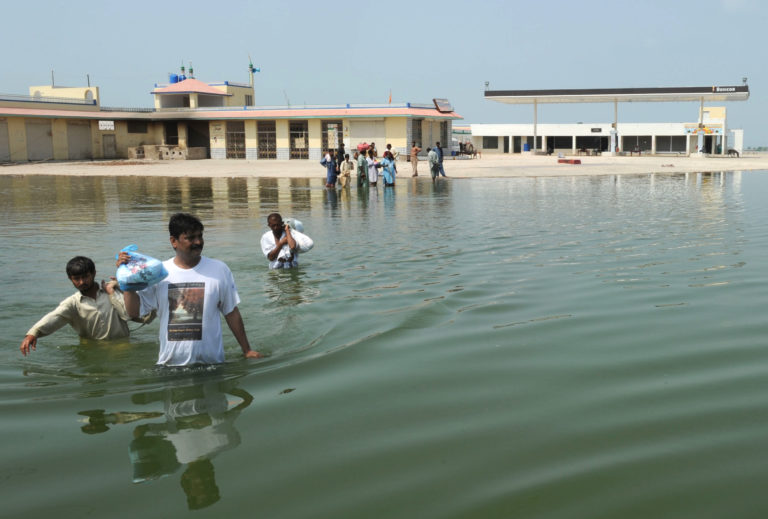 However, local efforts were not enough to overcome the scale of the disaster. In areas with standing water, thousands were struck down with skin and respiratory infections, gastrointestinal illness, malaria and cholera.

An increasing number of farmers in the north were tempted into illegal poppy cultivation, for which the seed was readily available. Profits could be high selling to heroin traffickers, the monies from which tended to contribute to insurgent activities.

As demand for materials, tools, food and seeds increased, prices soared; within a year, inflation was impacting not only the reconstruction effort but also the nutritional status of millions. Many families were surviving on a sub-optimal diet and limiting the size and number of meals they ate.

When floods came again in 2011 malnutrition was already at emergency levels in the areas previously affected. Once again, food access was limited, sanitation conditions deteriorated, and health facilities were damaged or overwhelmed.