On 30 July 2010, Pakistan declared a ‘disaster’, initially requesting specific forms of aid: air support for rescue and food drops were quickly followed by requests to support the construction of camps and facilities to provide shelter and essential services to those displaced by the flooding. Neighbouring Afghanistan provided a gateway through which military and INGO humanitarian assistance was able to surge. 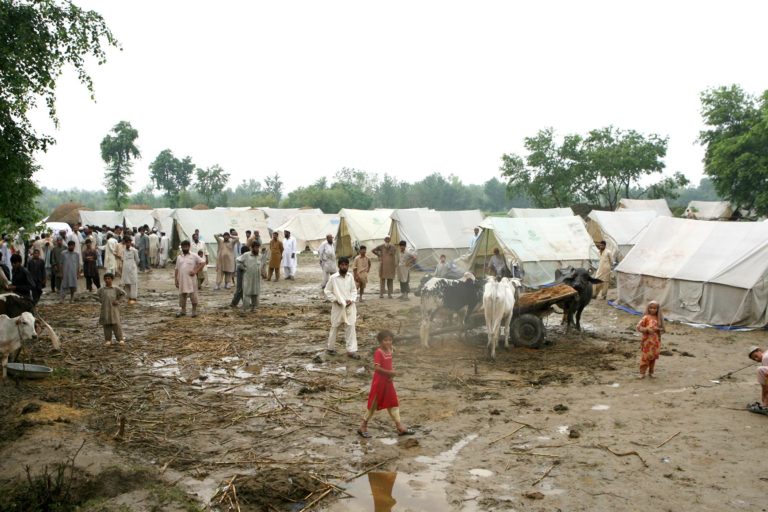 In the humanitarian response plans of many agencies, the stated intention was that they would operate for a maximum of three months. The duration, extent and complexity of the floods across Pakistan meant that many large agencies extended their interventions into 2011.

Despite the widespread impact of the ﬂoods, less than half the population ever moved to an organised camp, and few moved from their district of residence. This is the case for many wide-area disasters, and a challenge for agencies which might expect to deliver much of their short-term humanitarian aid to those conveniently living in organised camps.

“The situation is one of the most difficult we have ever faced,” said Mengesha Kebede, UNHCR representative in Pakistan. “We are smack in the middle of a catastrophe, people in need are everywhere, some routes are blocked, and even when we deliver tents some people may lack dry land where they can be erected.”
(Kessler 2010) 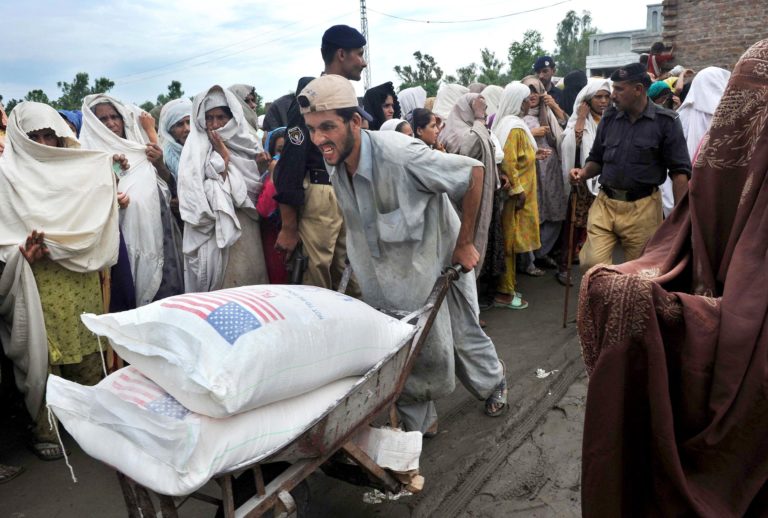 ©A Majeed/AFP via Getty Images
The Pakistan military was the primary national responder (Madiwale and Virk 2011), establishing ﬁeld hospitals, mobile veterinary teams, and over 100 relief camps. Camps were set up and run by numerous different agencies and those people that did move to organised camps had variable experiences and provisions. To meet immediate needs during the floods, commonly provided aid included:
Providing clean water for drinking, cooking and washing, as well as toilet facilities, can be particularly challenging in flood disasters of this size.

Read the section on Water Sanitation and Hygiene (WASH) in Oxfam’s Pakistan Floods Progress report (pages 11-16). How did the agency meet the WASH needs of all the people outside organised camps?