Why is breastfeeding important?

In this article by Professor Karen Campbell, read about why breastfeeding is so important in at least the first six months of life. 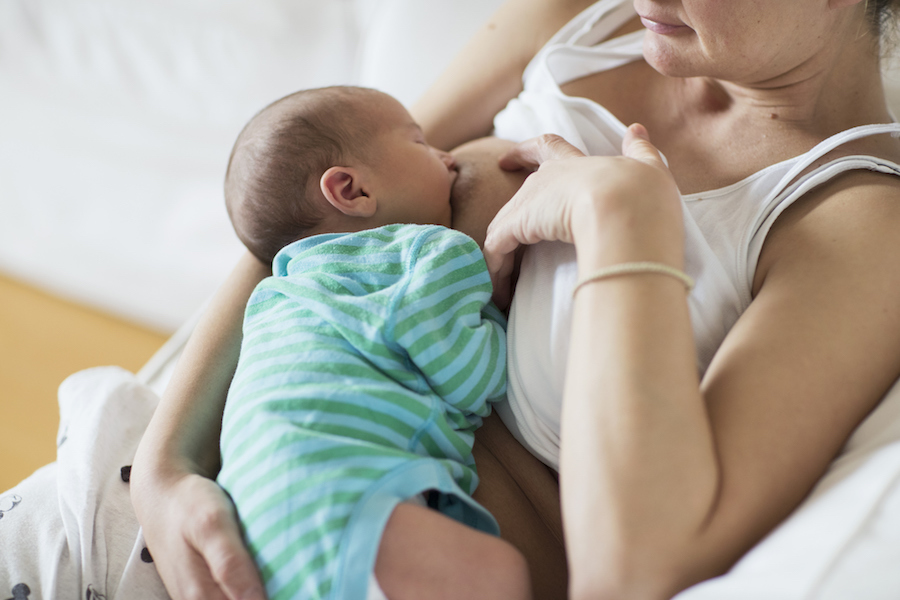 The World Health Organization recommends that all infants should be exclusively breastfed for around the first six months of life.

This advice is informed by high-quality evidence that tells us that breastmilk is the only food an infant will need for optimal growth and development during this time.

The importance of breastfeeding

Continued breastfeeding, along with appropriate complementary foods, is also recommended up to two years of age or beyond. The continuation of breastfeeding should occur until the mother wishes to conclude.

There are many advantages to breastfeeding, including immunological (disease protection) and nutritional advantages for the child, but also disease prevention for the mother. Many women also report that they find the intimacy of breastfeeding important for bonding with their children.

Let’s look at these advantages in more detail.

Breastmilk is considered to be ‘live’. This means it’s constantly changing to ensure the best fit for your baby. Breastmilk composition changes during feeds, and as your child grows. It also responds to a mother’s environment to help to protect her infant from disease.

This is important because new infants are not well equipped to fight infections. In response to this, the first milk a mother produces (known as colostrum) is rich in disease-fighting antibodies (it’s also lower in sugar and fat, and higher in protein). This colostrum and the milk that follows is designed to build a newborn’s defence system to allow them to fight any infections that come their way.

This exposure to a mother’s milk means that breastfed babies are well-equipped to protect themselves and respond to infections causing coughs and colds (respiratory infections). They’re also less likely to suffer from bowel upsets.

Indeed, research tells us that exclusive breastfeeding for the first six months of life, regardless of the wealth of a country, would reduce the rates of diarrhoea by half and the rates of respiratory infections by one third.

Breastmilk is considered to be ideally suited to the growth rate and nutritional requirements of the full-term infant.

While we generally advise that breastmilk contains adequate amounts of all the nutrients a growing child needs, including energy, protein, carbohydrate, fat and the micronutrients needed for normal growth, there are some situations where this may not be the case.

For example, as we’ve come to know more about the role of Vitamin D in many aspects of our health, we’ve had to acknowledge that some breastfed infants will be at risk of Vitamin D deficiency. Specifically, infants with naturally darker skin, those with a mother who is deficient in Vitamin D (or at high risk of becoming deficient), all preterm infants with a bodyweight less than 2.5kg, and infants who are breastfed over winter months, particularly in areas with low light exposure during the winter, are potentially at risk.

Guidelines in a number of countries now reflect this. While Australian guidelines do not recommend Vitamin D supplementation, other countries, including the US and the UK, have recommended the supplementation of Vitamin D to infants who are fully breastfed. These recommendations are provided in the links below.

As we mentioned previously, the amount of these nutrients changes in breastmilk depending on a child’s age. The nutrients are also available in forms that are highly digestible, promote healthy growth and do not stress an infant’s kidneys.

There’s also evidence that breastfeeding may promote long term health in children. In a recent review of the Australian Dietary Guidelines, the panel concluded that there was very good evidence (Grade A) to suggest that breastfeeding, when compared with infant formula feeding, was associated with a reduced risk of a child becoming obese across their lives.

While childhood overweight and obesity are the results of many factors working together, it’s important to acknowledge this potential additional benefit of breastfeeding. Preventing our children from becoming overweight or obese is vitally important for their long-term health.

Breastfeeding promotes a feeling of security in the infant and encourages a close relationship between mother and child. However, it should be stressed that formula-fed babies can also achieve effective bonding with their parents. Eye-to-eye contact at the time of formula feeding helps to create a bond between parent and baby.

Breastfeeding appears to reduce the risk of women getting a number of diseases later in their lives. These include breast and ovarian cancer, diabetes and osteoporosis (weakened bones).