This article addresses some of the common questions parents have when it comes to including infant formula in their baby's diet. 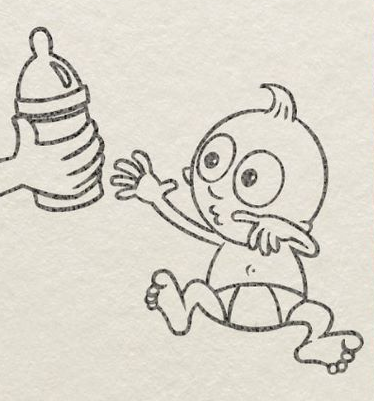 While the intentions here may have been good, this was not an appropriate substitution for breastmilk and home-made formula can be harmful

At the global level, the Codex Alimentarius Commission has developed a widely regarded minimum standard for infant formula which includes a list of required ingredients and outlines a number of quality control requirements.

What is the best practice of formula feeding?

When it comes to introducing infant formula, there are a few important things to keep in mind.

To reduce the risk of infection from infant formula, it must be made with cool boiled water and then be refrigerated. Pre-prepared infant formula should not be kept for longer than 24 hours.

Incorrect preparation of feeds can lead to an intake of too many or too few kilojoules (energy). The number of scoops required and the size of the scoops vary between brands and this can cause confusion.

Given this, it is important to follow the manufacturer’s advice as printed on the label.

To ensure the formula is prepared correctly, remember to:

Babies should be fed on demand

All babies, whether breast or formula-fed, should be fed “on-demand” in response to signs of hunger. (being awake and alert, mouth opening, sucking hand or fist) rather than by the clock. Crying can also be a late sign of hunger, but babies cry for many reasons, so this is not always a cue to feed.

This may override a baby’s innate ability to self-regulate their intake and may even impact later eating behaviours.

Babies will vary in how often they want to feed. Parents shouldn’t worry if their baby does not drink as much or as often as suggested on the tin – as long as they’re producing plenty of wet nappies, and are growing and developing normally.

Most infant formulas contain substantially more protein than breastmilk and it’s considered that this increased protein content may promote increased rates of overweight and obesity in formula-fed children.

It’s important for parents to hold their babies when feeding, them rather than ‘propping’ them up with the bottle or putting them into their cot with a bottle. This is not recommended as it can be a choking hazard, lead to tooth decay, ear infections, unhealthy weight gain and disturbed sleep.

It’s also recommended parents introduce a “sippy” or training cup at six months and aim to phase out bottles by 12 months of age.

Prolonged bottle use is associated with a higher risk of later overweight and obesity, along with other problems including tooth decay, ear infections, iron deficiency and speech difficulties.