Deploying Templates from the Azure Portal

From the Azure Portal, you can deploy using a template from the Marketplace:

From the portal, you can also deploy a custom template that defines the infrastructure for your solution.

You can also select a template contributed by the community from the Azure quickstart templates. 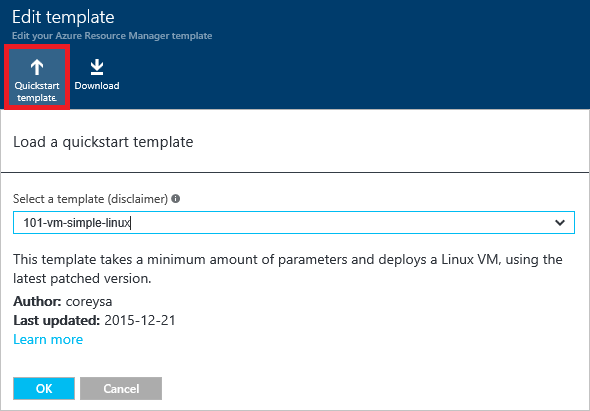 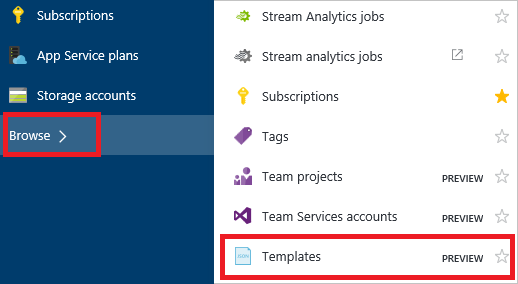 NOTE: If you have new ideas or templates that you created and would like to share to open source, submit a pull request on GitHub to the Microsoft Repo.

Deploying Templates from the Azure CLI:

The following commands create a resource group and deploy a template to that resource group. The template file and parameter file are both local files:

You can leverage GitHub as another resource to help build and deploy solutions on Azure. This repo contains all currently available Azure Resource Manager templates contributed by the community. There is a searchable template index, contribution guide, template best practices, and usage Git tutorial.

In the last two steps you’ve learned about the structure of Azure Resource Manager Templates and how to implement and deploy ARM templates. Use the structure provided in the previous section to write an ARM template that you can deploy in your environment. Share your ARM template with the group.
Use the Discussion section below and let us know your thoughts. Try to respond to at least one other post and once you’re happy with your contribution, click the Mark as complete button to move on to the next step.