How to make a video game

In this article, we talk through the process of how a game is created. This includes the ideation, marketing, production and launch. 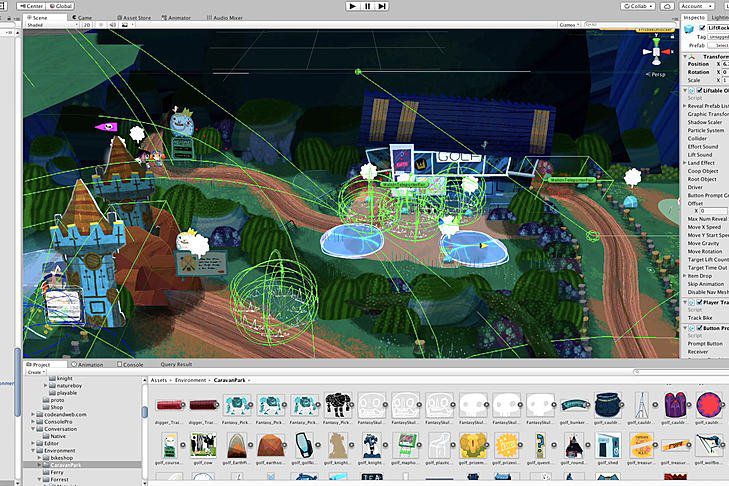 We’ll outline a very broad template for the indie game development process. Please note that practises vary wildly between different developers: we’re just looking to establish a fundamental structure that you can adapt for your own purposes.

The concept phase of development involves coming up with the core mechanics of a game, its broad genre and the key elements that will inform the rest of development.

Often a “design document” is produced at this stage, outlining the designer’s best guess at how the game will look, feel and play. Input from key team members is collated, and every element of development is touched upon. The aim of a design document is not to be a comprehensive roadmap for development – that often comes later with the drawing up of a development plan – it’s largely to create a resource from which ideas may be drawn further down the line, and align the team with a common set of objectives.

References of all types are extremely useful here. Games that might be relevant and be played and discussed; visual and audio references can be collated. References create a shared language and help to eliminate ambiguity; they work best when drawn from diverse sources, rather than just other games. Any form of art, media or personal experience can be used as a reference.

Once a concept is devised, a rough plan or scope may be defined – this will help when determining budget, development schedule and audience. Again, this needs to be flexible as plans may well change further down the line, but it is good to get something down on paper.

Concept art and audio will be created at this stage, largely intended to set a mood for the game’s overall aesthetic.

This is not so much a distinct phase, as an influence or function that must be considered throughout development. Games are made for an audience, and it is every developer’s hope that part of this audience will become a “community”: a group of people who care about the game enough to socialise around it, to some extent.

During the early stages of development, it is common to start trying to define this audience and then to bear this in mind throughout the subsequent process. If you are making a strategy game on PC, for example, then the expectations and values of the people who play such games need to be taken into account. Strategy players frequently enjoy depth and a high amount of granular detail; they like the playfield to be easy to read and the outcomes of their actions to have a real impact on the game state.

Involving community members early on, through the use of development updates, social platforms like Discord and, occasionally, allowing them to play early-stage builds can be an effective way of ensuring that the developer’s vision aligns with the demands of their potential audience.

The prototype phase is one of the most critical in determining the direction that a game will take. Designers will try to build test scenarios and systems that enable them to see how their vision will translate into tangible gameplay.

It’s important not to get too far ahead of yourself when prototyping. Anything which requires a large amount of content, or a highly complex system should be treated with extreme caution: the aim is to figure out if the player’s main actions and decisions in the game are fun over a significant period of time.

Prototypes can start very small and then scale up, but it’s largely best to focus them on what the player is actually going to be doing: if you were making a traditional RPG for example, you would likely prototype the combat first before delving into a complicated loot system.

This is a good time for art tests as well, intended to establish how practical it is to create a game in the intended visual style. In some instances, a “vertical slice” will be produced – a very short section of gameplay intended as a target for the eventual full game. This can incorporate art which is intended to look like the finished product, and – on larger scale productions – often features scripted gameplay to give a sense of the eventual feel.

Once a game enters production, developers will follow a plan to fully iterate and test through its various different features; this will help to determine final scope and make any adjustments to the development plan and schedule.

The game will be expanded from a basic prototype, with the objective being often to reach a fully playable “alpha version” in a reasonable amount of time.

At a certain point, content production will begin in earnest, with levels, art, narrative and audio all arriving for integration. Developers vary in their approaches here, with some choosing to build out and polish particular areas of their game first, and others favouring more of a “rough draft” paradigm.

Beta is a term which has variable meanings, but for our purposes we’ll define it as “a game which is ready for significant external testing and feedback”. While most developers will bring in others to playtest their games throughout earlier phases, beta is largely about taking a game from being a large mass of material to a finished product that an audience will enjoy.

Beta testing can include stress testing for servers and other architecture, bug testing, balancing and the elimination of exploits or features which are likely to cause confusion, negative experiences or undesirable player behaviour.

It is at this point that the community which has been nurtured throughout development can come to the fore, providing useful testing and feedback to the developer as well as potentially bringing in new players.

At a certain point, a game will be “locked” for testing, meaning that no further changes other than bug fixes will be introduced. This intensive QA phase largely involves logging and addressing bugs, then confirming fixes. Developers will also test for compliance with the requirements of console manufacturers and platform holders, which often includes specific work tailoring the game to each individual platform.

The game is launched to the general public!

Immediately after launch, there is normally a phase of further fixes and polish: virtually every game in history has shipped with bugs that testers did not manage to find, or issues that could not be fully resolved before the launch date.

Once early fixing is complete, developers will usually move to add more content and features to the game, particularly if it is performing well in the marketplace. This helps keep players engaged and, in some instances, can help to attract a new audience.