What are the beneficial uses of microbes? Find out more in this article.
© University of Reading

Microbes play an incredibly important role in research. Many of the breakthroughs in molecular biology, such as understanding how the genetic code works and how genes are used to make proteins, were made by scientists studying microbes in the laboratory (you may want to refer back to the timeline in Step 2.2.

Molecular biologists research how living organisms function and apply this knowledge in biotechnology, using biological systems to develop new applications or produce new products. Many of the different enzymes produced by microbes are used as tools to help biologists perform research. As you learnt in Week 1, the heat-stable Taq polymerase from Thermus aquaticus enabled the development of the Polymerase Chain Reaction (PCR), used to amplify specific sections of DNA used extensively in research, clinical diagnostics and forensics. The restriction endonucleases that bacteria produce to defend themselves against bacteriophages are very useful in cloning because they cut DNA at specific sequences (Figure 1). 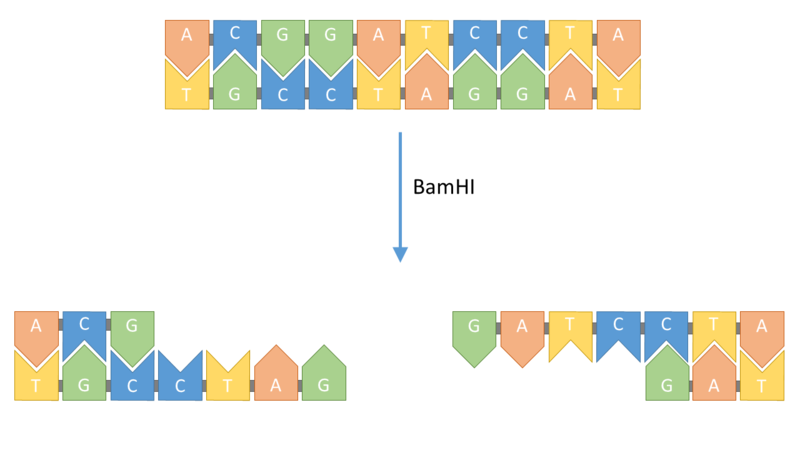 Cloning can be used to genetically modify microbes (most commonly Escherichia coli and Saccharomyces cerevisiae) so that they produce foreign protein (recombinant proteins), normally produced by other organisms.

In this article you’ll explore several examples that show how biotechnology has been applied to medicine, industry, agriculture and the environment to benefit our society .

Biotechnology research has led to the discovery and development of many important pharmaceuticals for the treatment of a variety of human diseases and disorders (Figure 2). For example, genetically engineered microbes produce vast quantities of the human hormone insulin, which regulates blood sugar levels and is used to treat diabetes. The human papillomavirus (HPV) vaccine is a structural mimic of the HPV capsid manufactured in genetically engineered Saccharomyces. This vaccine protects against several types of cancer caused by high-risk strains of HPV (e.g. HPV-16 and HPV-18 cause 70% of cervical cancers) 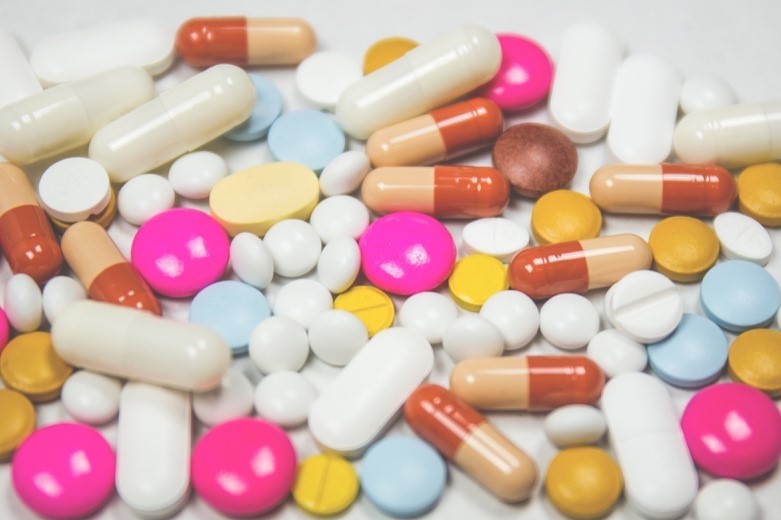 Figure 2: Microbes have played a vital role in the production of many pharmaceuticals

Many of the antimicrobials we rely on today to treat infectious diseases were first discovered as natural products of microbes that kill or inhibit the growth of other microbes. You’ve probably heard about the accidental discovery of penicillin by Alexander Fleming in 1928, but you might not know that it was Howard Florey and Ernst Chain who finally worked out how to purify penicillin and prove it could be used to treat infections. This ground breaking work marked the beginning of a golden age of antibiotic research and the discovery of many new antimicrobials. Species of Streptomyces bacteria were a particularly rich natural source, resulting in the discovery of the antibacterials streptomycin and neomycin and the antifungal nystatin.

Antimicrobials revolutionised the treatment of infectious diseases, but worryingly very few new antibiotics have been introduced since the 1970s and microbes have rapidly evolved resistance to those in clinical use (Figure 3). This has led to a growing interest in alternative treatments, including the potential use of bacteriophages in phage therapy, and prevention strategies, such as biocontrol of insect vectors to limit the spread of diseases such as malaria (you’ll find further examples of the use of biocontrol in the section on agriculture below). 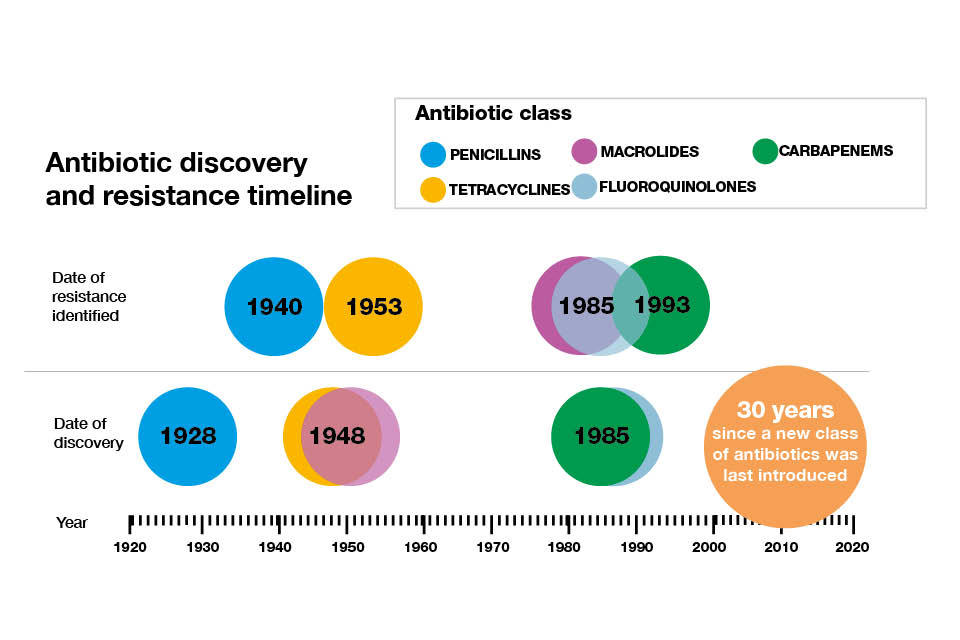 A new experimental approach called gene therapy is currently under investigation in research laboratories and clinical trials. The technique involves the delivery of nucleic acid (DNA or RNA) into a patient’s cells to treat a disease or genetic disorder. Several viruses (eg adenoviruses, retroviruses) have been genetically engineered to act as the delivery vehicle, or vector, for the therapeutic nucleic acids. Diseases that could be treated in this way include certain types of cancer, viral infections (e.g. HIV/AIDS) and inherited genetic disorders.

Humans have been exploiting microbes in food production for centuries, long before we knew these organisms, invisible to the naked eye, existed. Lactic acid bacteria (LAB) are used to produce cheese, yoghurt, kefir and kimchi. The budding yeast Saccharomyces is used to make bread (Figure 4), beer, cider and wine. Acetic acid bacteria (AAB) are used in traditional manufacturing of vinegar.

The human population is growing and we need to produce enough food for everyone. Some microbes negatively impact agriculture by causing diseases in crop plants and livestock but we can use other, beneficial microbes to increase food availability. Several insect pathogens are used as biological pesticides in the biocontrol of insect pests that reduce crop yields and limit food production.

Farmers can buy endospores of the bacterium Bacillus thuringiensis (Bt) to use as an organic pesticide. Some strains produce crystals in the endospores that are toxic to insects if they eat them (Figure 5: Right). While controversial, crop plants genetically modified with the Bt toxin genes are resistant to insect pests.

Baculoviruses infect insects and turn them into zombies. If a caterpillar eats leaves contaminated with baculovirus occlusion bodies (Figure 6), occlusion derived virus (ODV) infect cells in the insect gut. The virus replicates by budding from cell to cell, and it makes the infected insect move to the top of the plant towards the light. The baculoviruses produce an enzyme called chitinase which dissolves the insect tissues and turns the caterpillar into a pool of mush. When it rains, occlusion bodies are washed on to the leaves below ready to infect a new host. 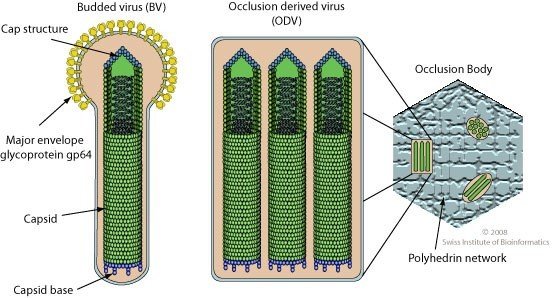 Microbes can also be used as biofertilisers to improve crop yield. The large-scale cultivation of crop plants rapidly depletes nutrients in the soil and limits plant growth. Nitrogen can be replenished by using legume plants in crop rotation programmes or by the application of free-living nitrogen-fixing bacteria such as Azotobacter to the soil. Phosphate-solubilising bacteria such as Pseudomonas putida can be introduced to increase soil phosphates, and plant growth promoting bacteria (eg Pseudomonas fluorescens) can be applied to improve the health of crop plants. These biofertilisers help reduce the need for synthetic fertilisers and pesticides, which are produced using fossil fuels that contribute to climate change.

As you’ve seen, microbes display a huge range of metabolic abilities and some are able to degrade or detoxify pollutants, such as petroleum (crude oil) or pesticides, and can be used in bioremediation (Figure 7). Some are even able to breakdown plastics. You may like to read ‘Plastic-eating enzyme could help solve pollution crisis’ on the Independent news website. 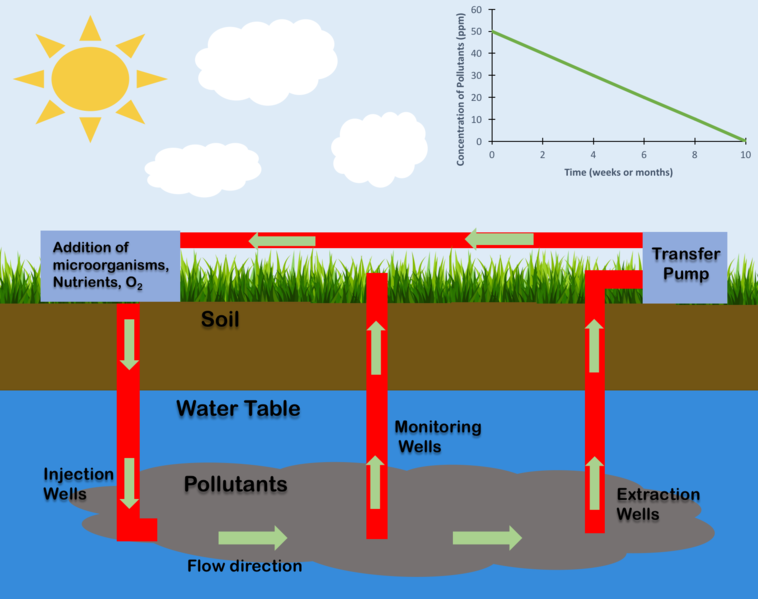 Figure 7: Diagram to show how microbes can be used in bioremediation. The chart in the top right corner depicts a sample trend for the concentration of pollutants over several weeks or months © Hoodlind CC BY-SA 4.0

We urgently need to find viable alternatives to fossil fuels to tackle the problem of climate change. One possibility is the use of photosynthetic microbes (algae and cyanobacteria) to make biofuels. Cyanobacteria and algae can be grown in open ponds or photobioreactors (Figure 8) and fed CO2 and other nutrients to support photosynthesis. The cell components can be extracted to make biodiesel (from lipids) or bioethanol (from carbohydrates, with the help of Saccharomyces). 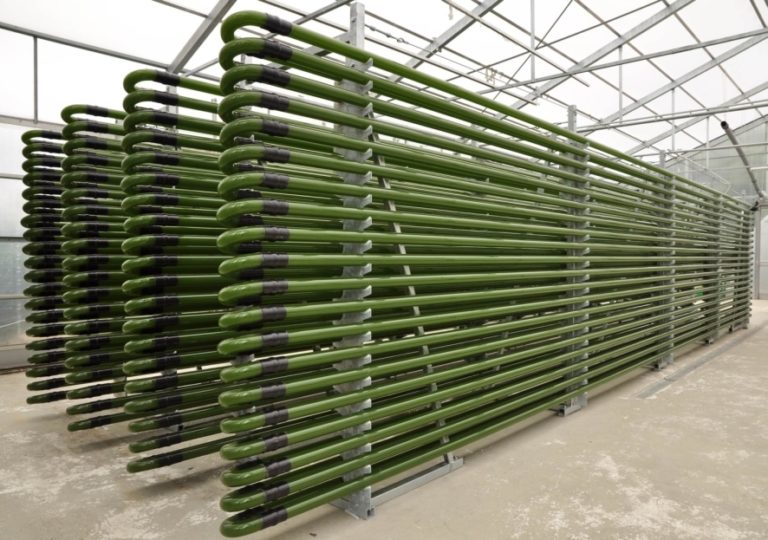 Figure 8: Tubular glass photobioreactors can be used to grow algae on an industrial scale for the production of biofuels © IGV Biotech CC BY-SA 3.0

Continued research in the field of microbiology will lead to an even better understanding of how microbes function and enable us to tackle global threats including climate change, pollution, food shortages, antimicrobial resistance and emerging infectious diseases.

Can you suggest any other ways that microbiology might benefit society? Share your thoughts in the discussion area below.