This article briefly covers the core concepts of a **state**, a **path** and a **state function**. These are later 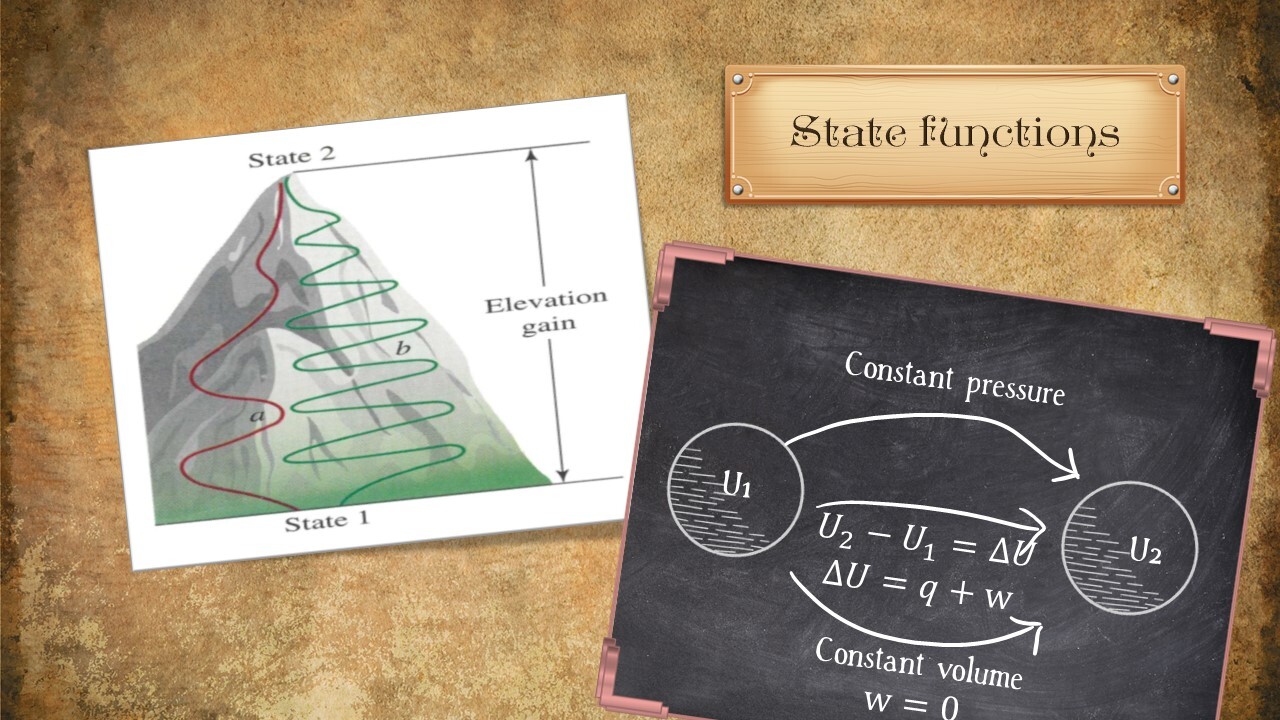 When budding chemists think of the term “state”, they usually think “states of matter”. These are solid, liquid and gas. But “state” has a broader meaning in physics and physical chemistry.

The state of a system refers to its exact condition, as determined by its properties and what we know about them. For gases in thermodynamics, these properties include the amount of matter present, the pressure and the temperature.

Another name for the ideal gas law, is the equation of state for a gas.

Usually, we prefer one of the two extremes because the calculations are simpler! But, also, they’re usually more realistic.

Explosives chemistry often needs to consider the in-between routes because sudden explosions do create non-constant pressure waves as well as (clearly!) sudden changes in volume. The equations are sometimes a little more challenging, but they can still be done.

A function of state, or state function, has a unique value depending only on the present state of the system, and not on how this state has been reached. State functions are independent of path. A common analogy for this is climbing a mountain: a height change from the base to the summit is independent of the path. You have the same elevation change whether you take a long, winding path, or a shorter, more direct route.

We’ll cover what these terms mean over the next few steps and activities.

The First Law of Thermodynamics

The First Law of Thermodynamics says that energy is conserved. It’s often written down as saying that a change of internal energy (U) is the sum of heat (q) and work (w):

What you will see during this section is that there can be more than one way to change a system from one state to another. So while an internal energy change will be constant regardless of a path, (it’s a state function)) how this change is accounted for by heat and work will depend on the pathway (these are not state functions).