Find out more
Home / Language / The Korean Alphabet: An Introduction to Hangeul / The King who Loved his People, King Sejong the Great

The King who Loved his People, King Sejong the Great

Let's read about the great king of Korea, King Sejong the Great. 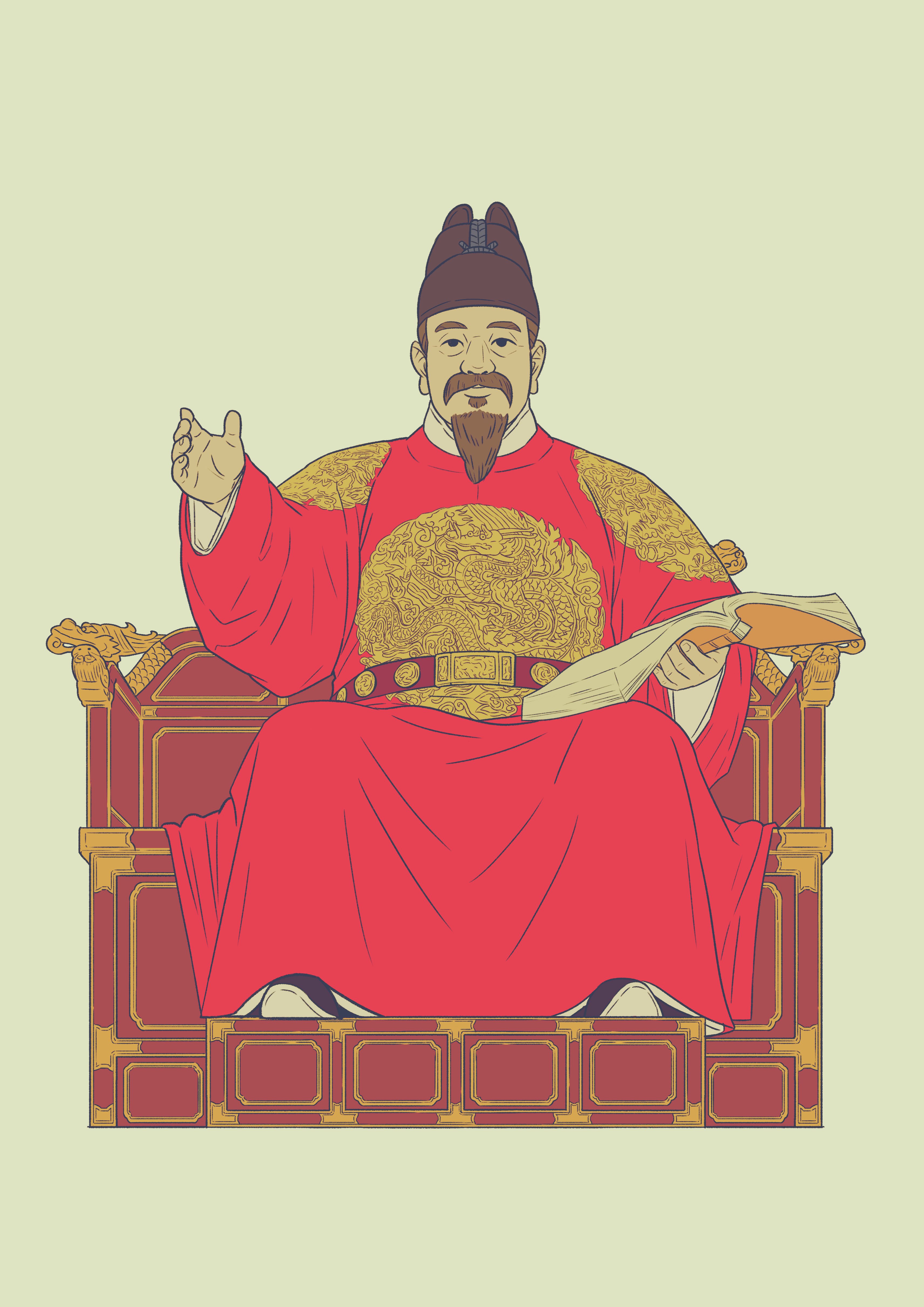 Today we learned about how King Sejong the Great created and promulgated Hangeul. It is said King Sejong loved and cared for the scholars in the Jibhyeonjeon. So you can imagine King Sejong’s weariness when one of the Jibhyeonjeon scholars, Choe Manri, sent a submission to the King opposing the promulgation of Hangeul.

Last step, we learned that King Sejong believed teaching Confucian morals through the Samganghaengsil (Conduct of the Three Bonds) would enlighten the common people. Jeong Changson opposed this, saying “one is born with morals (not taught) and there is no use trying to teach morals to the stupid common people, so there is no need to create an alphabet.” In response, King Sejong uncharacteristically got very angry. King Sejong’s intent was to teach the people and make a better world, so he was sorely disappointed at the claim there was no use for this. From this event, we can learn that King Sejong created and promulgated Hangeul out of a true love for his people.