Minerals and vitamins for musculoskeletal health 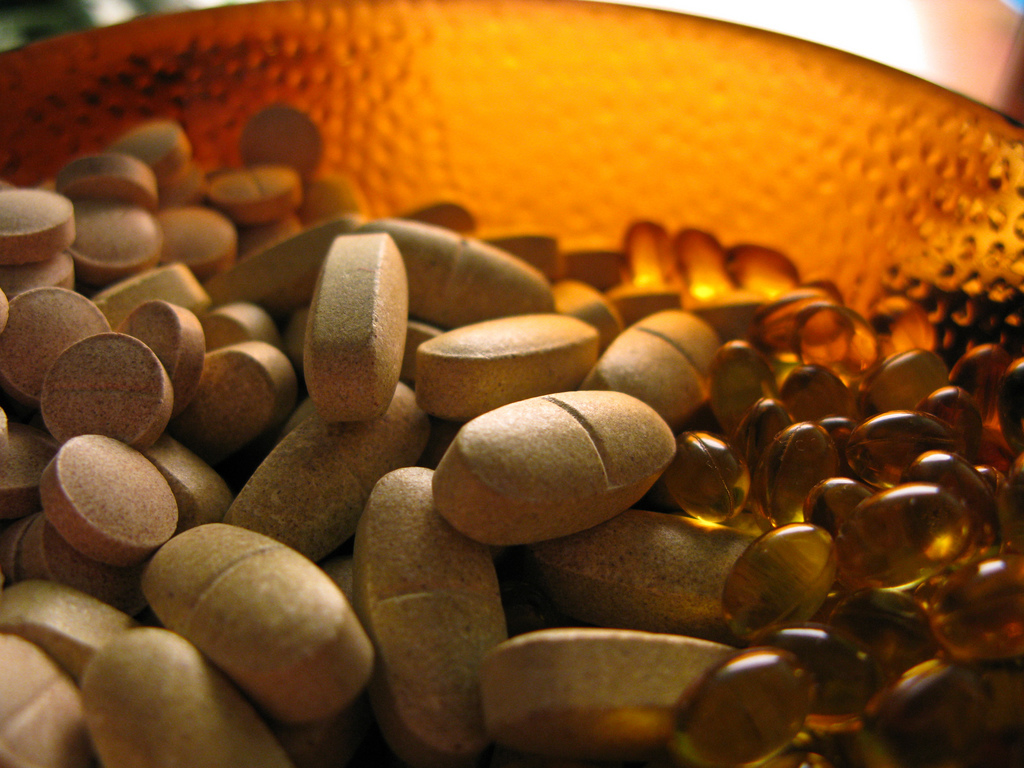 Calcium and phosphate are bound together as a crystal-like mineral that is embedded into the collagen protein framework of our bones as they grow and develop. The special combination of minerals and protein in bones gives them their strength and rigidity, making them able to protect soft tissues such as our brains, heart and lungs and to provide a rigid framework to support movement.

Did you know that calcium and phosphorus are also vitally important for our muscles?

When nerves signal for muscles to contract, small amounts of calcium are released from stores inside the muscle cells. The calcium binds to a special protein called troponin in the muscle, which under resting conditions stops the two main muscle proteins – actin and myosin – from interacting. When calcium binds to troponin, the protein changes shape, allowing actin and myosin to interact. Actin and myosin use energy from food that has been stored as chemical energy, in a molecule called adenosine triphosphate (ATP), which contains three phosphate groups linked to each other by chemical bonds.

The level of calcium in our blood is tightly controlled because if it rises too high or if it drops too low then muscle and nerve function can be affected.

Cells in the parathyroid gland in the neck sense the level of calcium in blood and release a key hormone – parathyroid hormone – that increases calcium absorption from the gut and stimulates the release of calcium from the skeleton when it is needed.

How much calcium do we need for healthy bones and muscles?

The recommended daily intake of calcium in the diet is 700 mg for adults. Calcium requirements are higher for teenagers because the skeleton is growing rapidly. With ageing, taking high doses of calcium (over 1500 mg a day) can cause stomach pain or diarrhoea. We’ll look at what foods can supply us with calcium later this week.

Vitamin D was identified in the early 20th century as an essential dietary factor that prevents rickets in young children. In rickets, bones fail to mineralise properly and they can’t bear the weight of the child’s body, causing the growing long bones in the legs to bow. Scientists found that rickets could be prevented by giving cod liver oil to children, and it was later found that cod liver oil is a good source of vitamin D.

We now know that vitamin D is made naturally in the skin by the action of ultraviolet B light in sunshine. The main function of vitamin D is to enhance calcium absorption from the small intestine, so vitamin D is intricately linked with the supply of calcium for healthy bones and muscles.

Vitamin D made in the skin is stored in the liver in a stable but inactive form. When the level of calcium in blood drops, parathyroid hormone – a key factor regulating bone metabolism – is released from the parathyroid glands signalling the kidneys to convert vitamin D circulating in the blood into a short-lived active form.

How much Vitamin D do we need for healthy bones and muscles?

Until this year there was no specific advice in the UK on how much vitamin D a healthy adult should get. In July 2016, Public Health England (PHE) issued new advice, that everyone aged four and over needs an average daily intake of 10 micrograms (ten-millionths of a gram) of vitamin D.

We’ll discuss why the advice on vitamin D has changed recently and look at what foods can supply us with vitamin D this week.