Find out more
Home / Business & Management / HR / Occupational Health in Developing Countries / What Is Pneumoconiosis and Is It Work-related?

What Is Pneumoconiosis and Is It Work-related?

This article provides information on pneumoconioses, the most common occupational lung diseases in developing countries.
View transcript
0.7
Imagine that this big cup is filled with a nice smoothie.
9.1
If the cup size is restricted in any way or, for example, you are not given a big cup, the volume of smoothie you have for drinking will be reduced even though the straw is wide enough for easy drinking.
28
If you now imagine that your cup of smoothie is your lungs and the straw your airways, you can see what it means to have a restrictive lung disease.
42.1
The cup, which represents the lungs, has reduced volume, and hence reduced lung function, - whether or not the rest of the airways, represented by the drinking straw, are normal.
60.1
If you, once more, imagine this big cup filled with a nice smoothie; imagine that this time the cup is not restricted in any way and you were given the big cup you ordered. However, the challenge this time is that you were given a very narrow straw that makes it difficult to drink. Not only that, it will take some time to consume it.
89.9
Again remember that we are imagining that the cup of smoothie is your lungs
94.9
and the straw your airways: Now you see that per unit of time, too little air will be able to pass through the airways and it will take some time to empty the lungs, - even though the lung volumes can remain normal. This is how it is to have an obstructive lung disease.

Pneumoconiosis refers to a range of diseases that are caused by the inhalation and deposition of inorganic particles and mineral dust in the lungs. For some of the pneumoconioses, the dust exposure leads to a subsequent inflammation and fibrotic reaction of the lung. The result is “stiff” or restricted lungs, as we illustrated in the video about the cup of smoothie. The overall outcome is lungs with limited gas exchange capacity.

Pneumoconioses are the most common occupational lung diseases in developing countries. Pneumoconioses refer to a range of diseases. They are named after the dust that leads to the disease, for example: asbestosis, silicosis and coal worker’s pneumoconiosis, also known as “black lung”.

Typically, the exposure levels have to be quite high over a long period of time, most often 10-30 years, for a worker to develop pneumoconiosis. It is also typical that there is a long latency period between the first time a person was exposed to the dust to the onset of the actual pneumoconiosis disease. Therefore, cases of the disease that are emerging today could be a consequence of the patient’s work conditions many years ago. Some very aggressive forms of silicosis can, however, develop very rapidly.

A restrictive spirometric pattern in a worker with a high and prolonged exposure to inorganic particles and mineral dust is suggestive of a pneumoconiosis, and the patient should be referred for chest X-rays or CT-images.

Now we will present three types of pneumoconioses that typically can be of occupational origin.

Asbestosis is caused by inhalation of asbestos dust. Asbestos is a group of silicate minerals that naturally exist as bundles of treads that can be separated into thin, durable fibers. Because the fibers having many desirable physical properties, such as being resistant to heat, fire, and chemicals as well as the fact that they do not conduct electricity, asbestos has been, – and still is – widely used, in many industrial contexts. 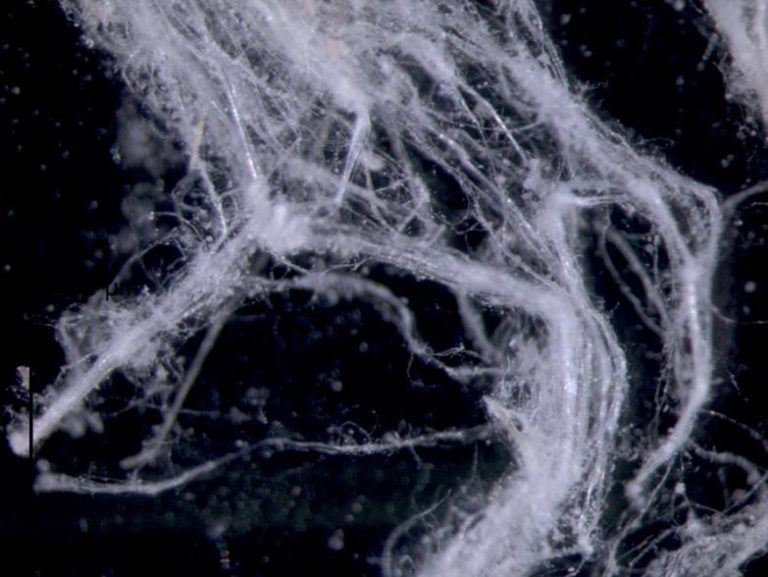 Asbestos is built up by bundles of long, durable treads. When mechanically treated, the treads spilt into long, thin fibers. The thinnest of these are respirable. Because asbestos is very durable and chemically resistant, the lung clearing mechanisms do not work effectively on the inhaled fibers. Thus an exposed person essentially ends up with a chronic exposure situation once the fibers are first inhaled. © University of Bergen

Asbestosis is a progressive lung disease characterized by shortness of breath, coughing, and permanent lung damage. The development of asbestosis usually requires high exposure levels. Low exposure levels of asbestos can induce pleural plaques, which can be seen on chest X-rays or CT-images. These pleural plaques are benign, and can be seen as markers of previous asbestos exposure. Asbestosis is diagnosed based on chest X-ray or CT findings and a history of exposure to asbestos. There is no cure for asbestosis.

Due to the serious health impacts of asbestos exposure, the use of asbestos-containing materials is banned by many countries around the world. Even so, 125 million people still work with asbestos worldwide, and the use is actually increasing in developing countries.

The building and construction industries have used asbestos for strengthening cement and plastics as well as for insulation, roofing, fireproofing, and sound absorption. Asbestos has also been used in ceiling and floor tiles, as well as in paints, coatings, adhesives and plastics. In the shipbuilding industry, asbestos is used to insulate boilers, steam pipes, and hot water pipes. The automobile industry has used asbestos in vehicle brake shoes and clutch pads.

Asbestos is only hazardous when it is airborne and inhalable. Exposure to airborne asbestos occurs primarily as a result of dust forming activities such as handling, sawing, sanding, grinding, drilling or similar operations on materials containing asbestos. 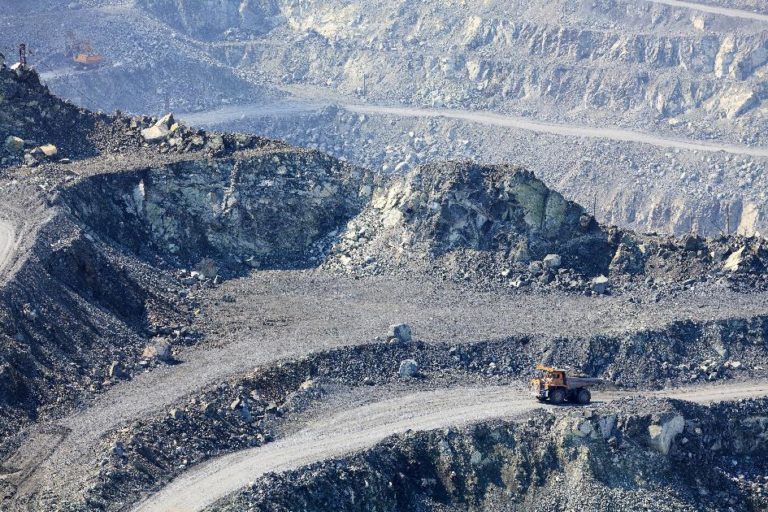 Currently the worldwide production of asbestos is about 2.2 million metric tons per year. Five countries, Russia, China, Brazil, Kazakhstan and Canada, account for 99 % of the production. Workers in asbestos quarries are at high risk of developing both pneumoconiosis and cancer. © Colourbox

Asbestos is also a well known carcinogen associated with lung cancer and mesothelioma. This topic will be covered in the session about work-related cancer.

Silicosis is another kind of pnemoconiosis. It is caused by inhalation of crystalline silica, and it is the most common work-related lung disease worldwide.

Silicosis is a progressive condition, characterized by coughing and shortness of breath and results in permanent lung damage. Acute silicosis develops after exposure to high concentrations of respirable crystalline silica, and produces symptoms within a few weeks to a few years after the initial exposure. This condition is rare, and has a very poor prognosis. Chronic silicosis develops slowly, usually appearing 10 to 30 years after the first exposure. The silicosis diagnosis is based on chest X-rays or CT findings and a history of exposure to crystalline silica. There is no cure for silicosis. 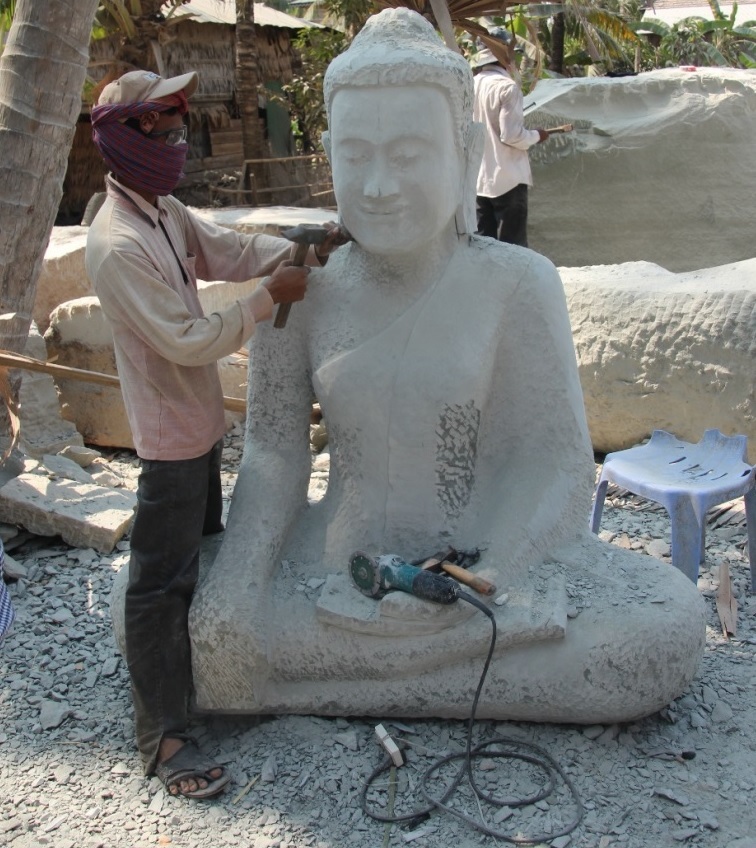 Sandstone, which mostly is composed of crystalline silica, is relatively soft, making it easy to carve.
© G. Tjalvin

The compound silica (SiO2) is formed from silicon (Si) and oxygen (O) atoms, which are the two most abundant elements in the earth’s crust. Hence, silica is a very abundant mineral. The mass of earth’s crust is 59 % silica, and it is the main constituent of more than 95 % of the known types of rocks. Silica exists in crystalline and amorphous varieties. It is the crystalline form that causes silicosis. This form is even known to be carcinogenous.

Any occupation that disturbs the earth’s crust, or involves processing or using silica-containing sand, rock or ores has potential risk for silicosis. Silica-containing sand is used in buildings and roads in the form of Portland cement, concrete, and mortar. Silica sand is also used by sandblasters, for instance in the metal and the textile industries. Silica is also found in foundry molds; in the manufacture of glass, ceramics, and ferrosilicon as well as in gemstones. 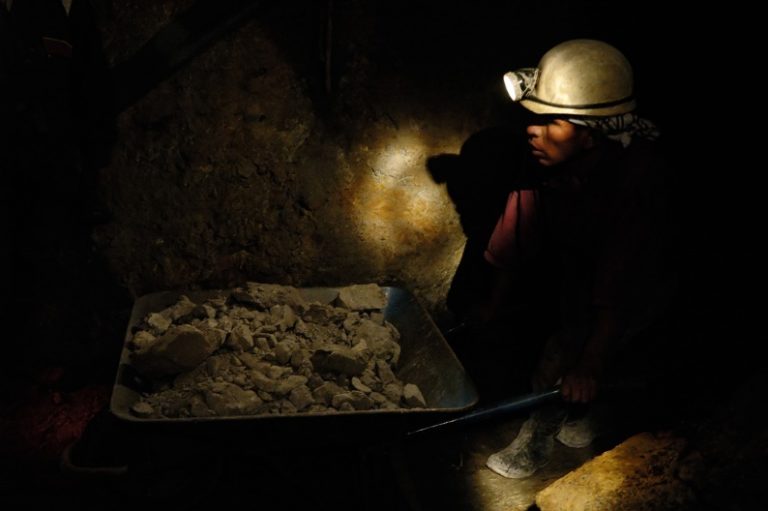 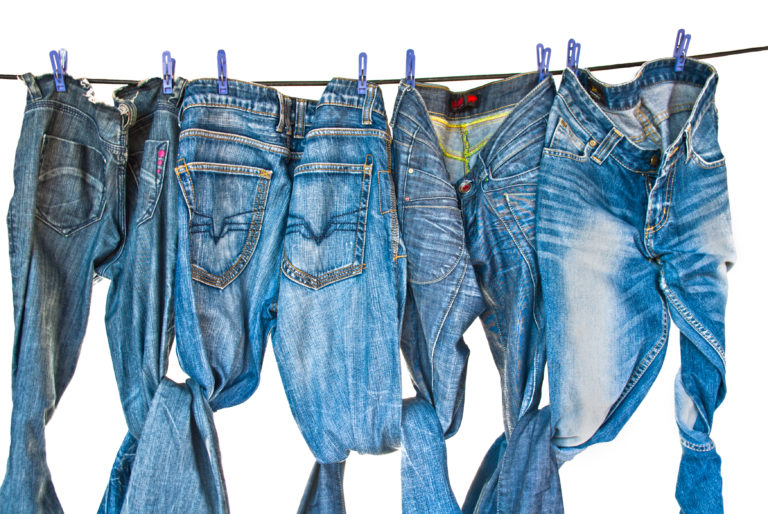 Coal worker’s pneumoconiosis (CWP) or ‘black lung’ is a third type of pneumoconiosis. It is caused by inhalation of coal dust. Inhaled coal dust becomes a problem when the body’s natural mechanisms for defending against and processing the dust becomes overwhelmed and, subsequently, over-reactive. The result is inflammation, fibrosis and in the worst cases, necrosis of the lung tissue. Simple CWP usually causes few symptoms, but a cough may develop that can be chronic and problematic in patients even after they leave the workplace. Some patients with simple CWP develop progressive massive fibrosis, which is characterized by progressive dyspnea, and occasionally, they may cough up black sputum. This condition often progresses to pulmonary hypertension with right ventricular and respiratory failure. As for the other types of pneumoconiosis, the exposure levels have to be quite high over a long period of time, typically more than 20 years, to develop CWP. CWP is diagnosed based on chest X-ray or CT findings, and a history of work in coal mines. There is no cure for coal worker’s pneumoconiosis. 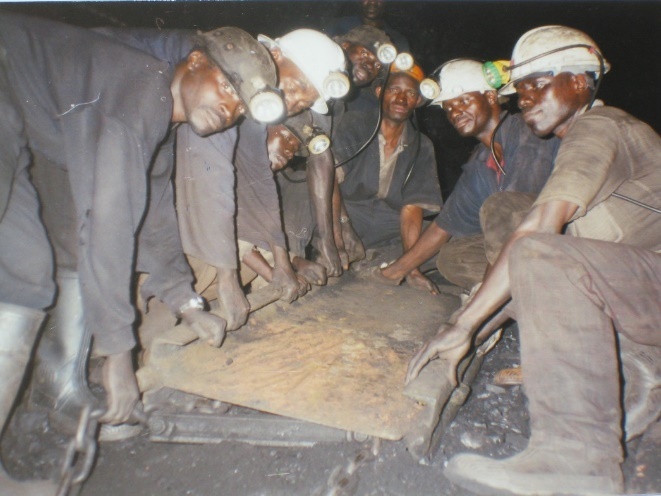