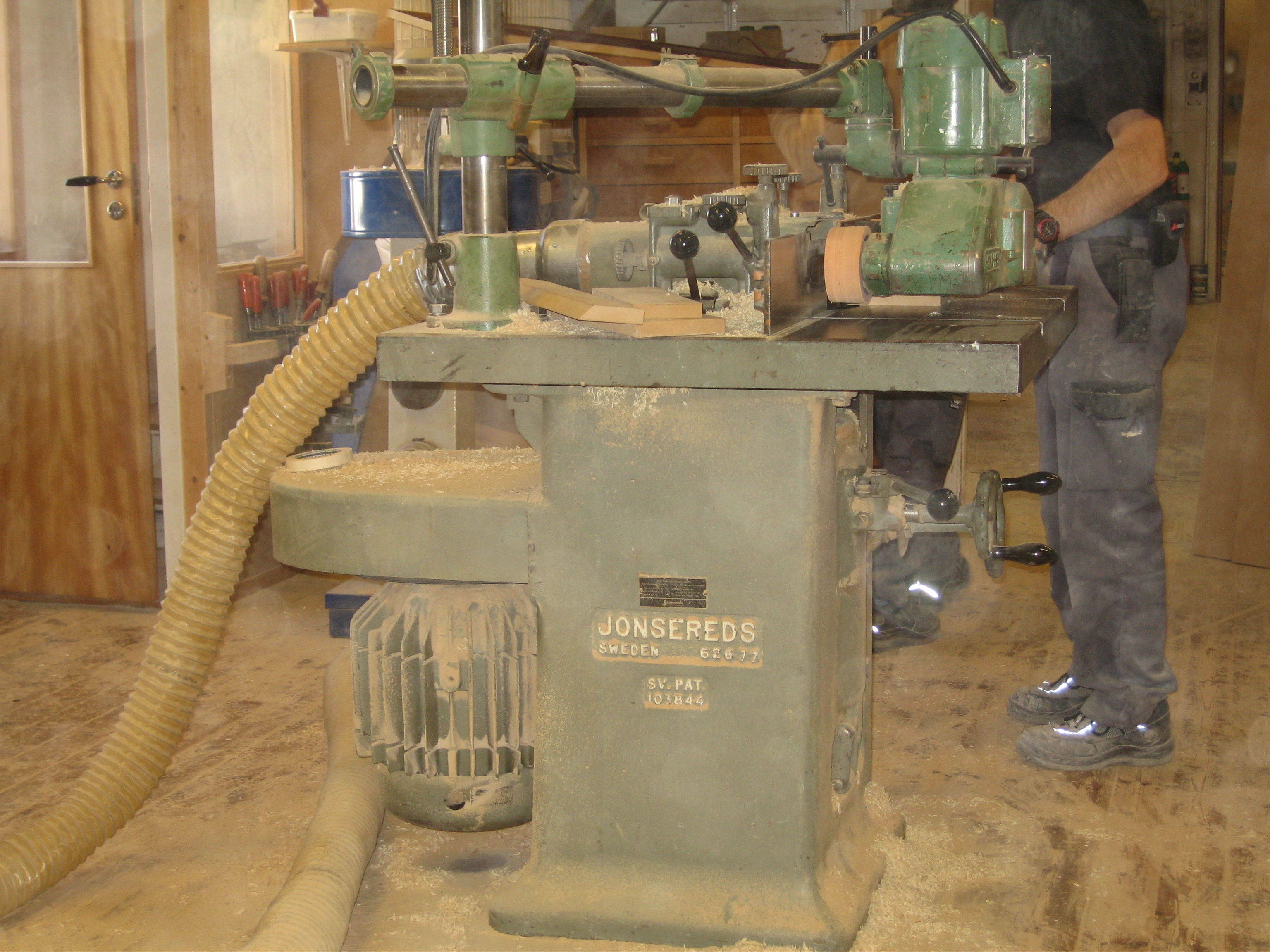 An obstructive lung disease is, as the name implies, characterized by obstruction of the airways. The lung volumes are usually normal, but the problem is that the airways are too narrow, – as we illustrated in the video about the cup of smoothie.

Asthma is an obstructive lung disease that is characterized by airway hyper-responsiveness, which can lead to recurrent episodes of widespread, but variable, airflow obstruction. The main symptoms are wheezing, breathlessness, chest tightness, and coughing, particularly at night or in the early morning. The obstruction is reversible either spontaneously or with treatment. An asthma diagnosis is mainly based on symptoms. Different tests can help to confirm the diagnosis, but if the symptoms fit, no test is sensitive enough to be used to exclude the diagnosis.

A work-related asthma typically improves on days away from work, and worsens at work. 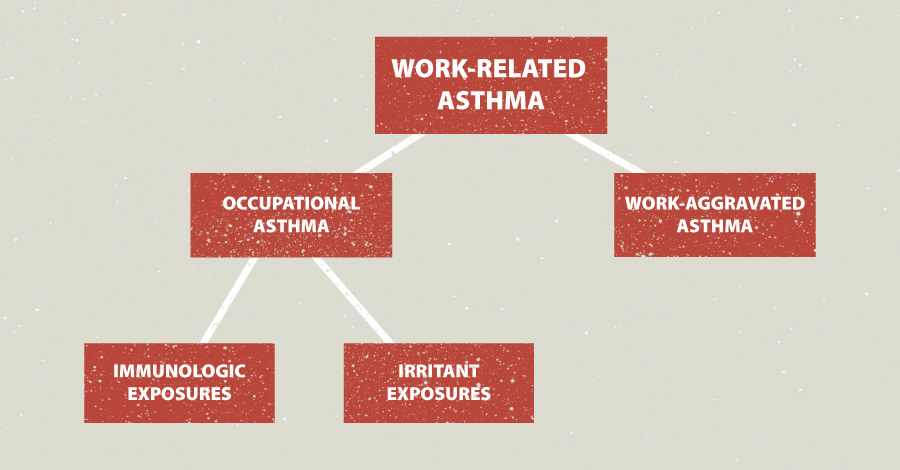 Work-related asthma can be divided into occupational asthma and work-aggravated asthma. © University of Bergen/Arjun Ahluwalia

Work-aggravated asthma is a condition where a pre-existing asthma, such as childhood asthma, for instance, is aggravated by workplace exposures. The aggravation is typically due to an occupational irritant (e.g. non-sensitizing fumes).

This table presents examples of agents, which have been known to cause occupational asthma as well as occupations that are at risk for such exposures: 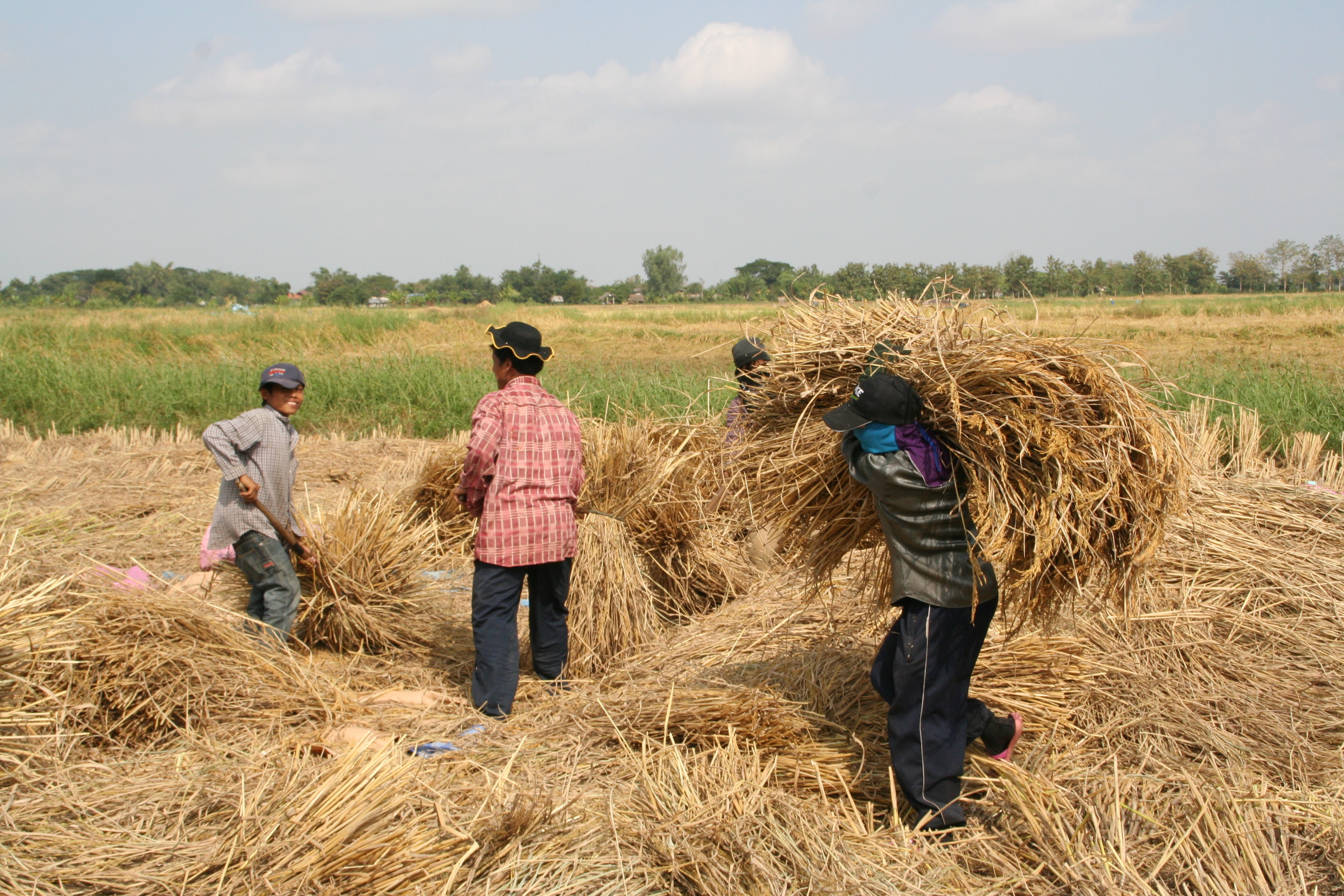 During the threshing of the rice, these workers are exposed to organic dust.
© G. Tjalvin 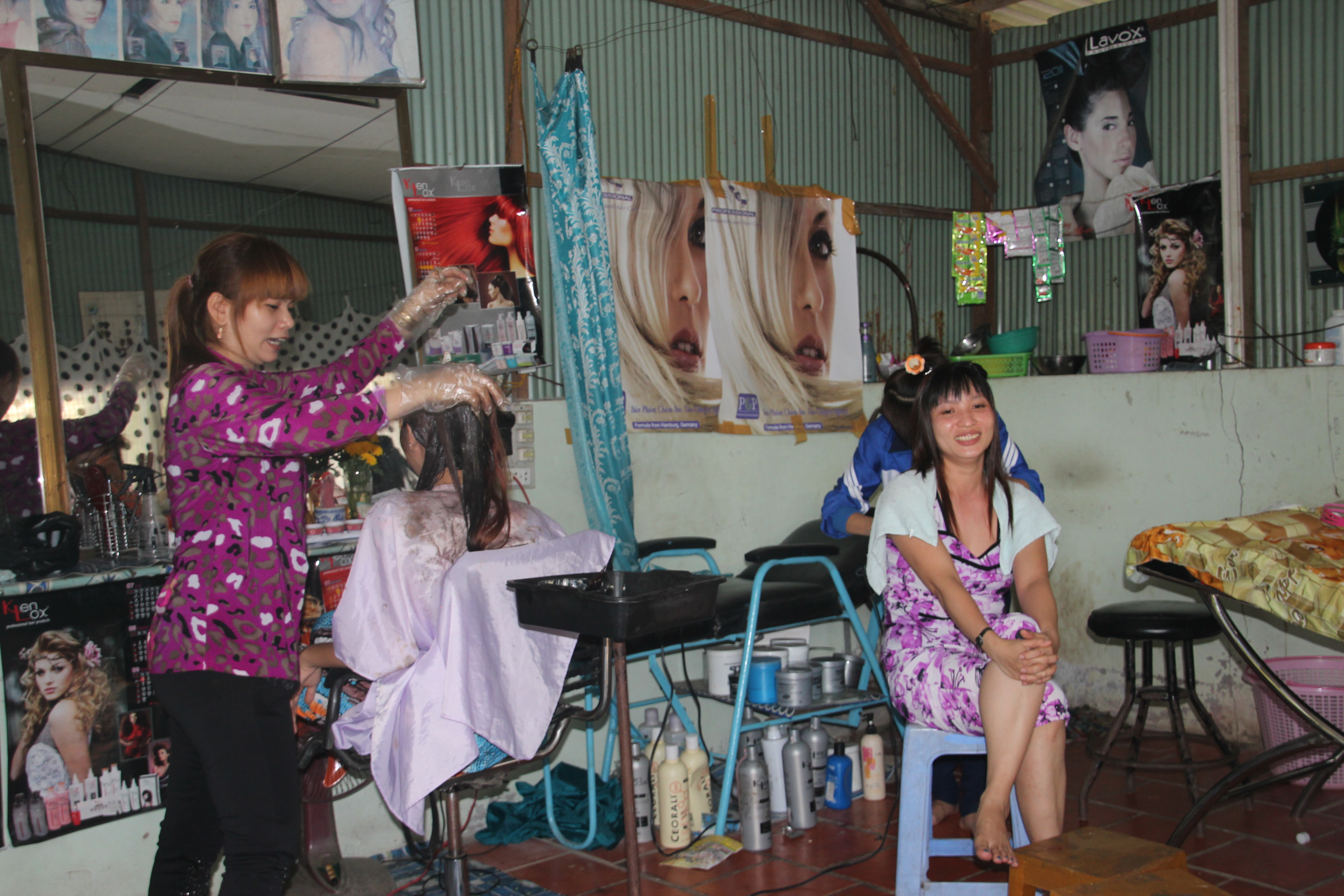 Hairdressers are at risk for developing occupational asthma due to their exposure to hair dyes and bleaches.
© G. Tjalvin

Medical surveillance programs including questionnaires and spirometry are important to identify workers at risk of developing occupational or work-aggravated asthma.

You might ask how one can tell that a given incidence of asthma is work-related. As suggested by the term, a patient who suffers from occupational asthma typically has more symptoms when at work. On days when they are away from work or during a holiday, their symptoms improve. We can use such observations in the diagnostic process of a possible work-related asthma by using serial measurements of peak expiratory flow (PEF) on days at and away from work for several weeks.

PEF is the maximum air flow rate generated during a forceful exhalation, starting from full lung inflation. The PEF measurements are dependent upon gender, age and height, but also on the voluntary effort and muscular strength of the patient. Normal values can be found in graphs, an example is shown here. PEF primarily reflects large airway flow, and any variability in the results mirrors the degree of airway obstruction. The measurements are easily done by a PEF-meter, which is a small, inexpensive, and portable device. 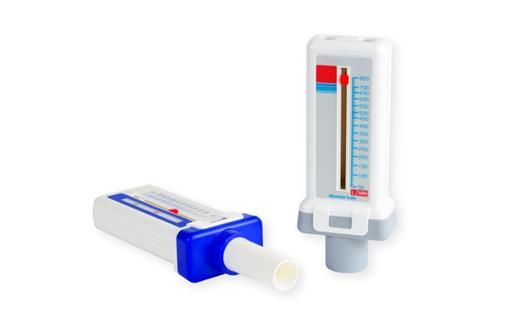 A PEF-meter can be used as a diagnostic tool for work-related asthma. © Colourbox

In the video in the next step, we will give you some brief instructions on how to use a PEF-meter, and tell you how serial measurements can be used as a diagnostic tool for work-related asthma.

While asthma has recurrent episodes of airway obstruction, each of which is reversible, chronic obstructive pulmonary disease (COPD) is characterized by an airflow limitation that is not fully reversible.

The obstruction level is usually progressive and associated with an abnormal chronic inflammatory response in the airways and the lungs to smoke, gases, dust and fumes. The symptoms of COPD include shortness of breath, chest tightness, daily cough and sputum production, wheezing and frequent respiratory infections. The symptoms often do not appear until significant lung damage has occurred, and usually worsen over time, particularly if exposure continues.

About 15% of all cases of COPD are work-related. The induction time from exposure to the detection of early COPD is usually long, – often 10 years or more. Thus, the cases of the disease that are emerging today can be a consequence of the patient’s work conditions many years ago.

Workers in most occupations associated with high exposure to smoke, gas, dust and fumes are at risk of developing COPD. We will only mention a few examples here. 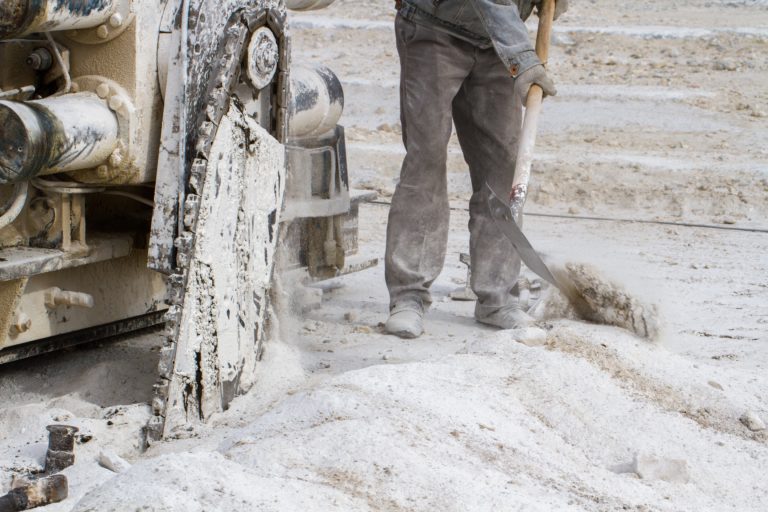 Quarry workers, miners, tunnel construction workers, and other workers who drill, blast, remove, or crush rock, are at high risk of developing work-related COPD due to high levels of dust in their working environment. During blasting processes, large amounts of dust, fumes, and gases such as nitrogen oxides are liberated, and, depending on the geology at the work site, high exposures to crystalline silica may even occur. © Colourbox 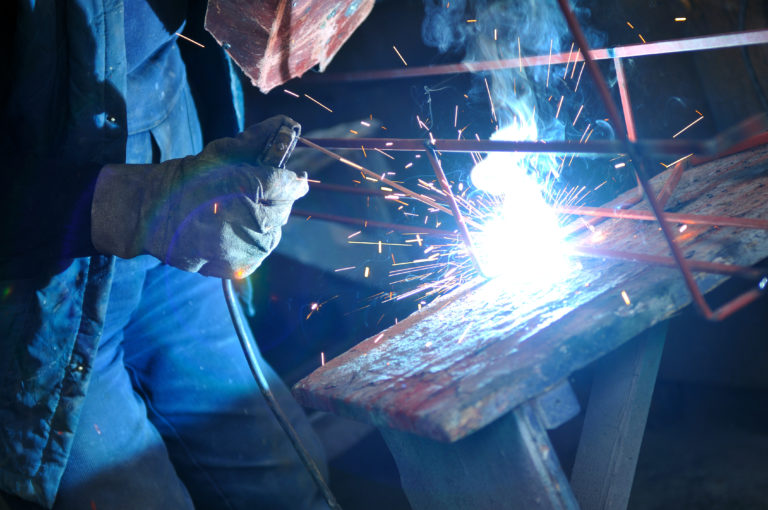 Welders are exposed to welding gas and fumes, a complex mixture of metallic oxides, silicates and fluorides, nitrous oxides, carbon dioxide, carbon monoxide, shielding gas (e.g. argon or helium), and ozone, and can be at risk of work-related COPD. © Colourbox 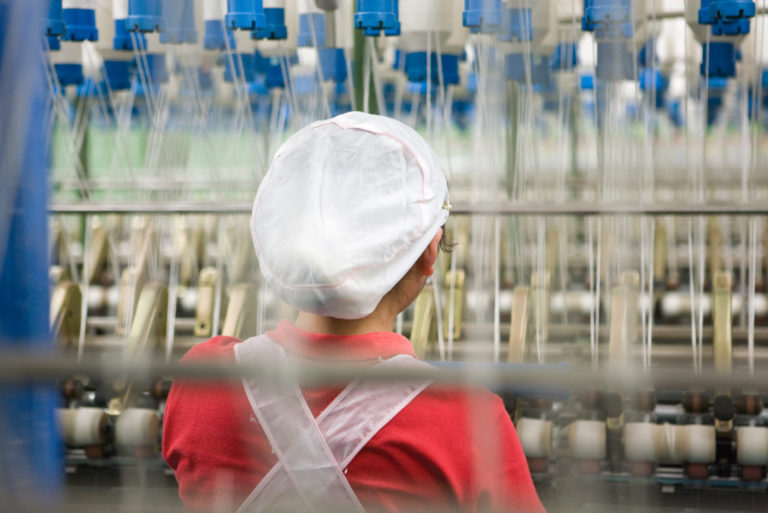 Even exposure to organic dust, such as cotton dust in the manufacturing of cotton yarn, is associated with an increased risk of COPD. © Colourbox

COPD can be diagnosed by spirometry. This pulmonary function test can detect COPD even before the patient has developed any symptoms of the disease. Therefore, medical surveillance programs including short questionnaires that ask about common COPD symptoms and spirometry are important tools for identifying workers at risk of developing COPD. 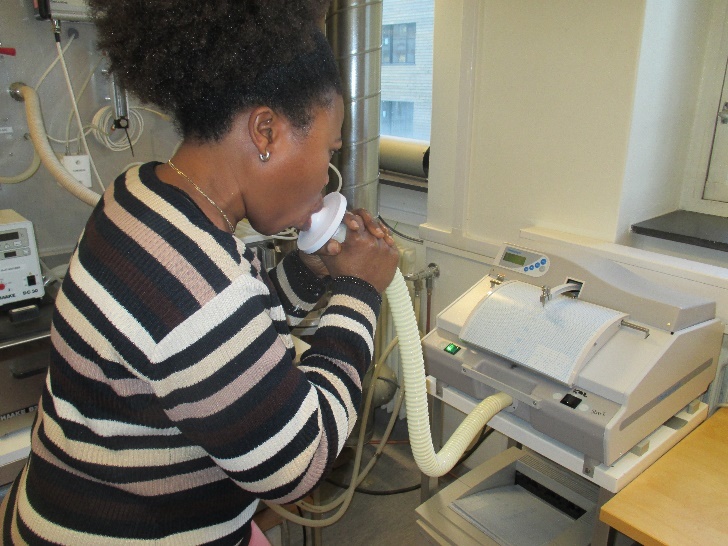 The lung function can be measured by a spirometer.
© G. Tjalvin