Step 2 Ionizing radiation
View transcript
0.7
X-rays are often used in hospitals to diagnose and to treat patients. While the radiation dose is minimal for the patient, the situation is different for health personnel working frequently with radiation equipment. To avoid negative health effects, this kind of personnel needs to be protected from the exposure to radiation. The machine should be placed inside a room where the walls and door are covered with lead. Lead absorbs the radiation and keeps the surroundings safe from this exposure. The health personnel should have a separate control room. The door must be closed during the x-ray examination.
55.5
When it is needed to assist the patient during radiation, the personnel must use personal protective equipment, such as led coat and lead collar. With this protection, the thyroid glandule and the genitals are protected. These organs are especially sensitive to the radiation.

Ionizing radiation is used extensively for diagnostic purposes and this video displays how radiologists work. They make X-ray photos daily, and it is very important that their work place is organized so their radiation dose becomes as low as possible. The exposure can be controlled by the use of a dose-tag. This dose-tag contains a film, and specific laboratories can analyse the film and evaluate the ionizing radiation dose of the worker. The workers may carry the dose-tag for one-two months at the time. This type of surveillance Ensures the discovery of high exposures. 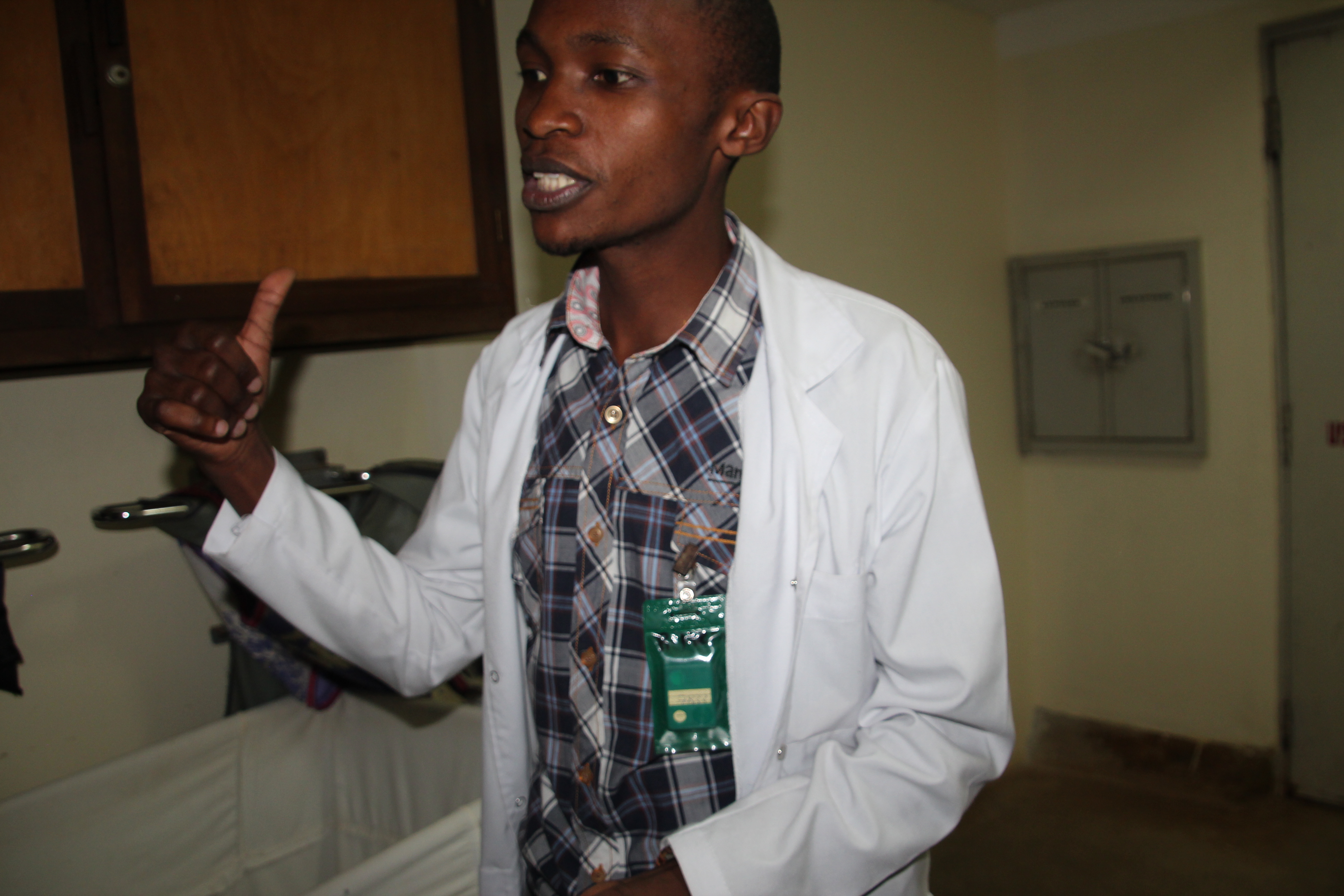 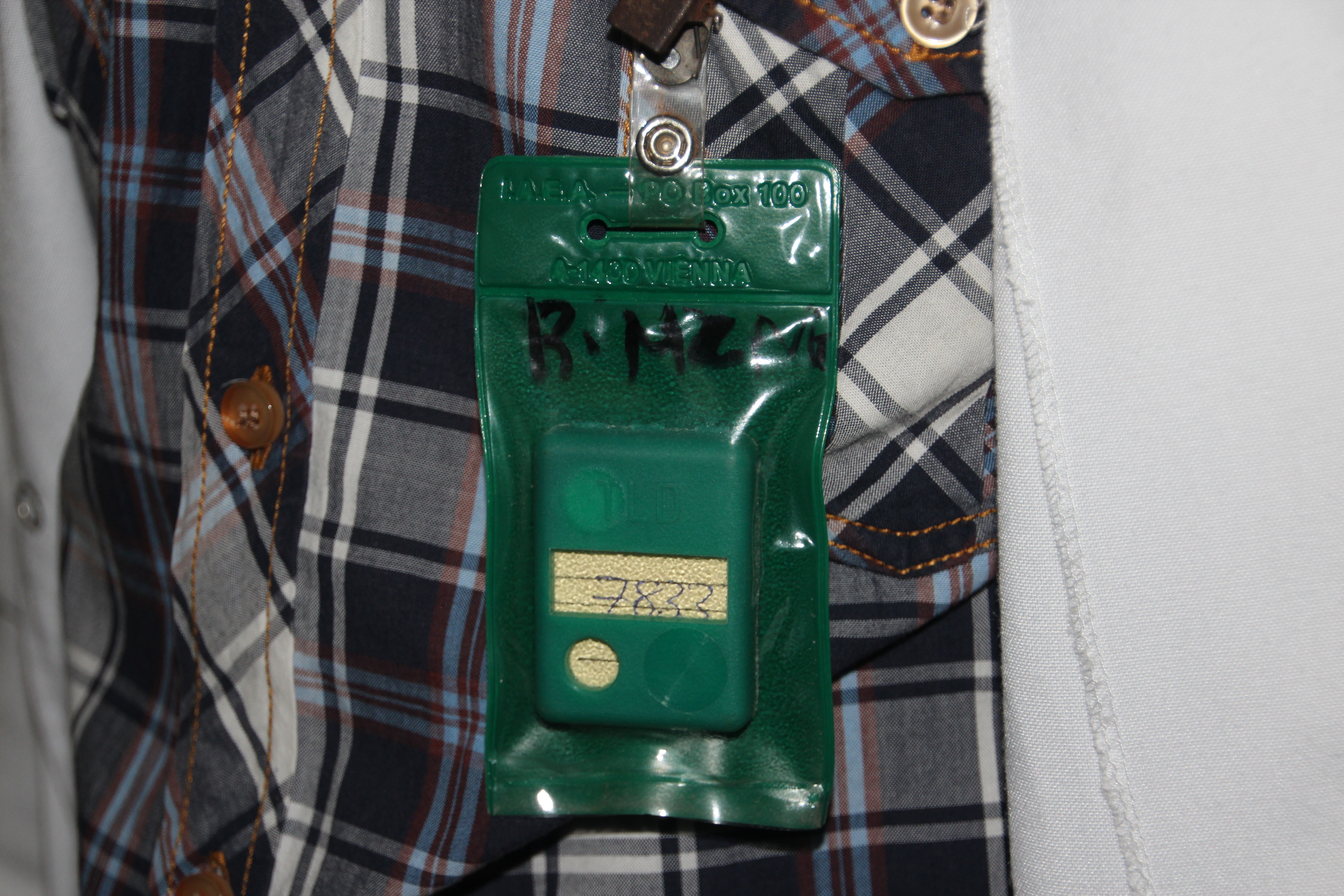 Dose tag for surveillance of the X-ray exposure of a radiologist. It is important that the radiologist wears the dose-tag at all times during their work, otherwise the dose level will be under-estimated in the analysis of the film inside the dose tag. © G. Tjalvin The exposure to ionizing radiation can also be measured in the environment. A Becquerel meter measures the number of radioactive particles and gives a precise and live-time measure of the exposure.

The health effects associated with exposure to ionizing radiation will vary depending on the total amount of energy absorbed, the time period, the dose rate and the particular organ exposed. Ionizing radiation affects individuals by depositing energy in the body, which can damage cells or change chemical Balance within the cells. Tissues that have a high rate of regeneration are the most vulnerable for the radiation.

When exposed to low doses, acute effects may occur. In addition, long term effects may develop due to this type of ionizing radiation exposure.

Different cancer types may develop due to ionizing radiation. The latency time from exposure to development of cancer might be 10 – 20 years.

Pregnant women – effects on the baby

With increasing dose of exposure the duration of immune failure increases. A person will not survive doses exceeding 5 Gray. Exposure levels in the area 2-5 Gray may cause a “radiation syndrome”. The syndrome is characterized by the following:

The basic and fundamental principle in prevention of radiation exposure is that you shall always, keep the exposure as low as possible. In addition, the distance to the source of radiation must be as far as possible. Workers can be protected against exposure to ionizing radiation by shields, using for instance lead in the walls surrounding x-ray machines, as was shown in the video from the X-ray department. Lead absorbs the radiation so no radiation passes through the wall. Lead is also used in coats and collars to protect workers exposed to radiation, and lead may also be used in glasses to protect the eyes.