The Sentinel satellites are part of the Copernicus programme, which is an initiative headed by the European Commission in partnership with the European Space Agency. Copernicus is designed to observe the Earth for the benefit of the environment and European security – which, in the civilian sense, includes food security, domestic disaster response, protecting and maintaining human rights (migration, IDP and refugees etc) – and includes observations from the ground complementing those from space.

Sentinel-1 is a family, or constellation, of three satellites, the first of which launched in April 2014. Sentinel-1 uses radar imaging, to look at the solid earth (topography, geology, ice sheets and dynamics etc).

Sentinel-2 comprises two satellites operating on opposite sides of the same polar orbit and uses multi-spectral high-resolution imaging from within the optical range. We will look at its data frequently during this course. It is used for land monitoring including imagery of vegetation, soil and water cover, inland waterways and coastal areas. Some of its data are also available to the emergency services.

Sentinel-3 consists of a pair of satellites to measure sea-surface topography, sea and land surface temperature, ocean colour and land colour. The first of these satellites launched on 16th February 2016.

Sentinel-4 will be part of the next generation of geostationary weather satellites from Europe – Meteosat Third Generation, and will collect data on atmospheric composition from 36,000 km away.

Sentinel-5 will be part of the next generation of polar-orbiting weather satellites from Europe – EPS-SG and will monitor the atmosphere. It also has a precursor mission to fill a data gap caused by the end of observations from Envisat.

Sentinel-6 is also known as Jason-CS because it is intended to offer continuing service in the same fields as the Jason satellites, measuring global sea-surface height using a radar altimeter .

The basic information collected from the satellites is reflected EM energy in various slices across the reflected (optical) and thermal part of the EM spectrum. However this reflected energy in itself isn’t particularly useful – we can turn it into nice images, which are certainly useful for some applications, mapping and land use for example. But to add value and interpret what the satellites are seeing, we use models that relate this reflected radiation to other more general properties of interest – things like vegetation amount and function, crop yield, ocean productivity and so on. This process forms the basis of how we turn satellite data into more generally useful quantitative ‘information’ .

If you want to explore this topic further, please take a look at the ‘See Also’ link below. Click ‘back’ on your browser to return to the course.

Explore the Imagery, Data and Satellites:

You can explore the imagery, data and EO satellite missions from this topic more fully using the links and downloads on the next step. 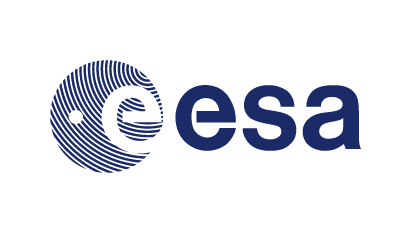