The article focuses on the nature of Othello and Desdemona's relationship and how it develops through the course of the play. 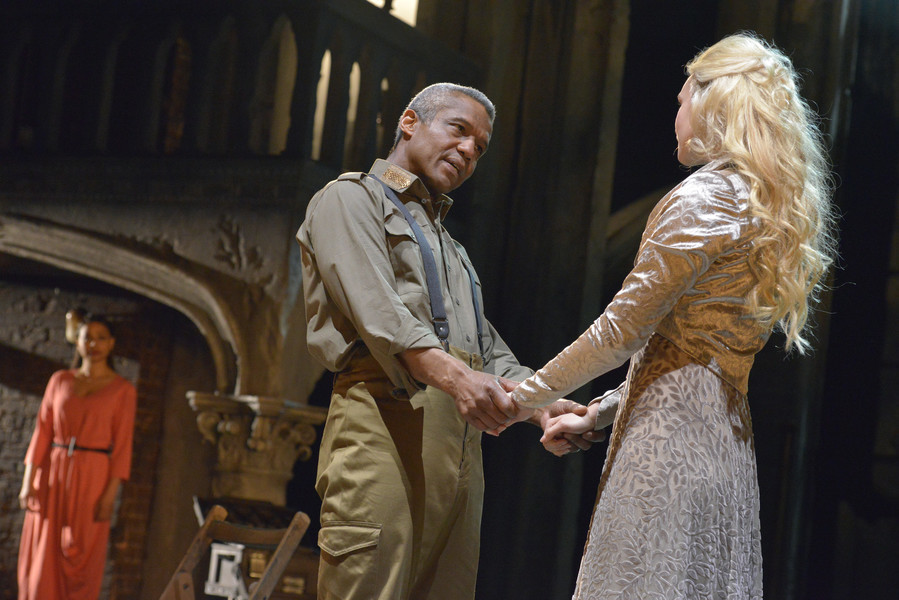 Before the audience meets Desdemona, it learns a few key things about her: she spends her time doing household chores, she pities and loves Othello for his bravery and for overcoming servitude and battle and she willingly defied her father’s will by running away with Othello. This is clearly not a timid young woman, as we have already discussed in Week 3. However, there are certain warnings that are to become significant in the unravelling of the tragedy. First, Desdemona runs away from her father’s house at night. This does not seem like virtuous behaviour. As the only child of a respected senator, there are naturally many hopes resting on her marriage to a suitable man. As an heiress, moreover, we might imagine her having a large, expensive wedding at which important senators and members of the state are present. Instead, Desdemona opts for a clandestine wedding in the middle of the night, not with a young Venetian, but with a Moorish soldier. As a soldier, Othello is commanded to remain with the army: where it goes, he follows. A man who travels and lives in a military camp hardly seems like a suitable match for a sheltered, wealthy heiress. Another set of clues about tragic inevitability comes in the court scene, during Othello’s beautiful and descriptive retelling of his meetings with Desdemona. He tells the court and her father:

She loved me for the dangers I had passed,
And I loved her that she did pity them.

These lovers have been brought together through mutual sympathy. But this perfect relationship is built on something unsettling. By his own admission, Desdemona fell in love with Othello’s bravery and for surviving many sorrows and tribulations. She pities his past. Othello, in turn, loves the fact that she admires him. From his point of view, he has a loving, obedient wife who admires his ability to endure dangers. For Desdemona, she has married an adventurous warrior, capable of defeating enemies and surviving oppression. The tragic irony kicks into play when Othello believes that his wife transfers her admirations to another soldier, and when Desdemona, in turn, ‘becomes the antagonist of her warrior-like husband. Ostensibly, this may seem romantic; but this relationship has troubles from the outset. While thinking about Shakespeare’s use of words, you may also want to do some of the following:

View Course
As you read and watch the above you might like to consider:
© Royal Shakespeare Company

Hi there! We hope you're enjoying our article: Othello and Desdemona’s romance
This article is part of our course: Othello: In Performance