We live our lives using models of all kinds.
Become aware of the ways individuals as well as scientists make and use models. 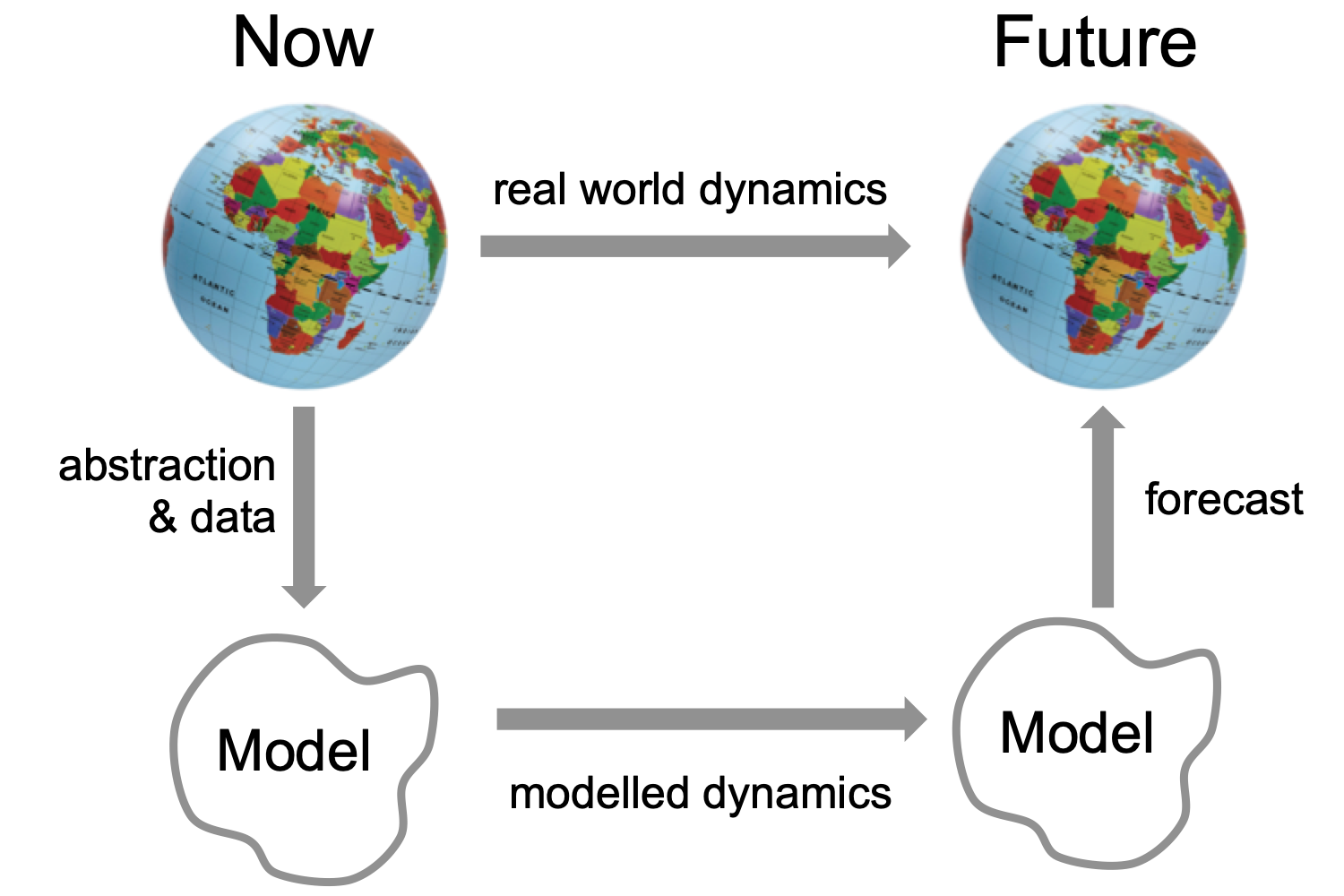 A model is a description of a system or process to show how it works.

Physical models are used in many ways. Architects use them to enable clients to visualise proposed buildings and how they might be used. Engineers use them to develop and test ideas. Scientists use them to investigate new molecules. Children use dolls and toys to explore possible social and material worlds. Maps can be considered to be models.

We have mental models about all aspects of our lives and we use them to try to understand things and decide what to do. Soap operas provide (sometimes flawed) models of social interaction while history and myths provide models of heroism and human frailty. Implicitly or explicitly we form models of our friends and workmates and use these models to guide what we do. Many models support reasoning and allow deductions to be made about future actions and their likely outcomes. For the most part they are heuristic – rules of thumb that usually work but sometimes don’t.

Scientists construct formal models of systems, often using mathematics. The gold standard for conventional science is prediction. To be accepted a model has to predict future events and those events have to be verified empirically by experiment. If any observation is inconsistent with the theory, then the theory is partially or totally wrong. In this respect all scientific knowledge is contingent. Physics has had great success as a science correctly predicting events such as the appearance of Halley’s Comet over hundreds of year.

The conventional scientific approach is a not applicable for complex systems such as the spread of disease in the modern world. Even if we had a perfect model for a lethal viral pandemic it would not be ethically acceptable to run experiments to verify it. Another more practical reason is that many systems are sensitive to initial conditions. This means that if it were possible to re-run a system from the ‘same’ starting position its trajectory would diverge over time to make future events increasingly unpredictable. For any real system measuring the ‘same’ initial position involves error, no matter how small. In some systems even the tiniest errors can get amplified to become very large.

Systems that are sensitive to initial conditions and bounded are said to be chaotic. This is a technical term and is not to be taken literally. The weather is a classic example of a chaotic system. Although the weather is unpredictable from the conventional scientific perspective, it is possible to forecast it. For example, the weather forecast for my city in two hours is that it will be cloudy with a 10% chance of rain [it was cloudy with no rain], and at the same time tomorrow it will be sunny with a 3% chance of rain [it was a lovely sunny evening].

Most social systems are sensitive to initial conditions. For example, if that farmer had not gone to that market in Wuhan on that day there might not have been the coronavirus pandemic. If that person had not caught a plane to Italy the disease might have appeared some days or weeks later and its effects might been less severe. If different presidents had been in the White House, the Kremlin or Nanjing the progress of the epidemic might have been different.

Do soap operas act as models? Do you use heuristics in your daily life? Do you use mathematical or computer models in your work? Do we put too much faith in models? Are models the only option and we should make them as good as they can be. Are the models used by policy makers transparent and democratic? Let us know your views.