See how the behaviour of the SIR model change for different sized populations, different infection rates and recovery rates. 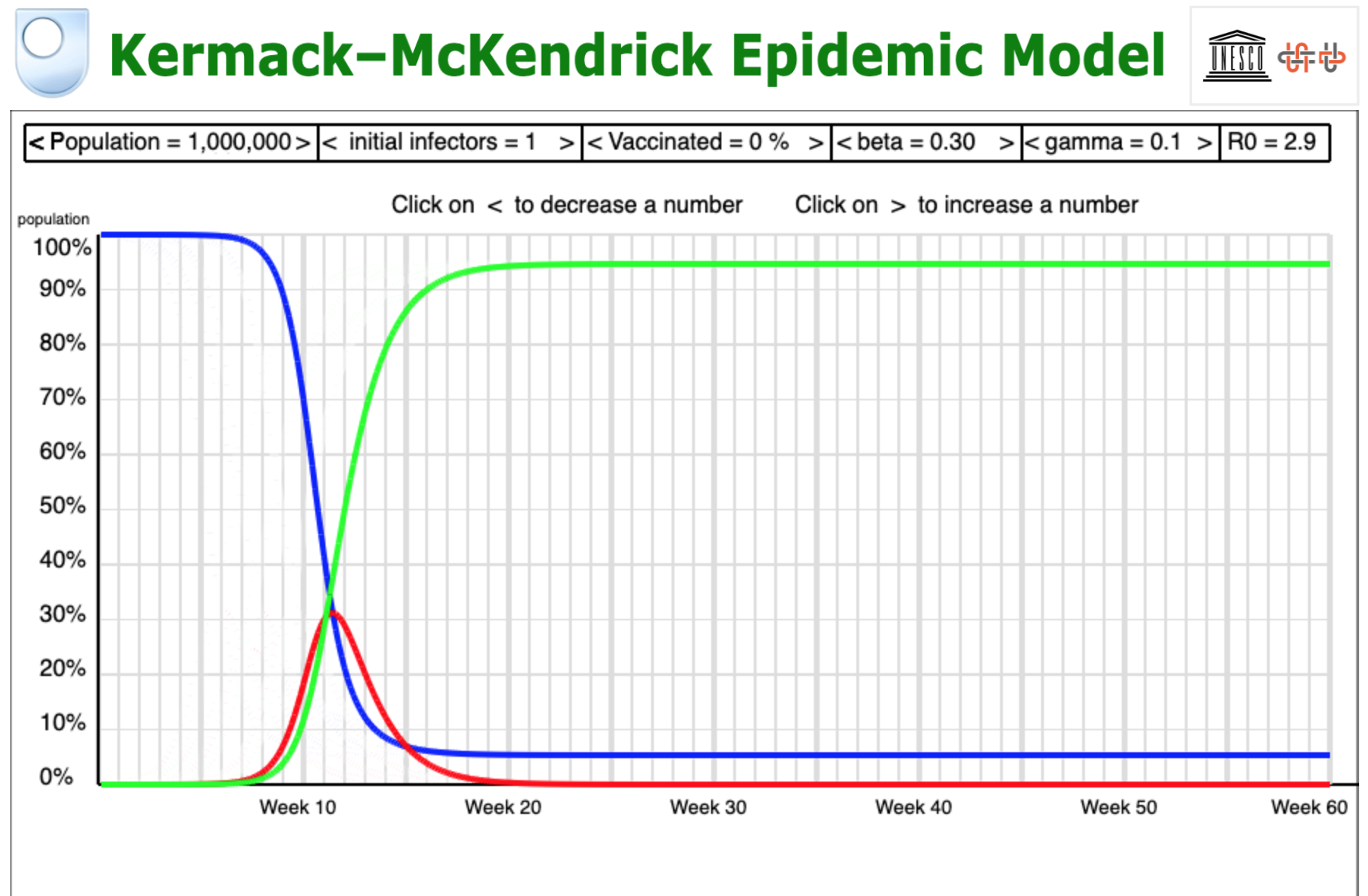 In this step you will use an interactive computer program to model the behaviour of the SIR curves for different combinations of population sizes, infection rates, recovery rates, vaccination rates, and values of the reproduction number, R.

The program can be used with most touch screen devices including phones and iPads. Let us know if you have a problem. Even if you can’t use the program keep reading because some interesting findings emerge.

To see the interactive computer program in a new tab or window CTL click here. It should appear as shown above.

The blue curve is the percentage of people in the population who are Susceptible to catching the virus, i.e. those who have not had COVID-19 and have no immunity.

The red curve is the percentage who are currently Infected by the virus.

The green curve is the percentage who have Recovered from the virus.

Let these number be represented by the symbols (S), (I) and (R). Let (N) be the number of people in the population,. Then as you saw last week

Don’t spend too long on these exercises unless you have a lot of time. Five to ten minutes is enough to get a feel for what the model does

In the next step we’ll dig a bit deeper into the computer model and find out what those mysterious beta and gamma boxes are used for and their relationship with the infection rate R.

Was this the first time you have used a computer model like this? Or are you an old hand? Do you think the results are valid – at least qualitatively? Did you spend longer on this than you expected? Let us know what you think so we make such exercises as engaging and interesting as possible for future members of the course.