A Critical View of Stakeholder Impacts

Learn more about the criticism of large property-led regeneration projects including gentrification and the nature of public-private partnerships.
© HBS and RREF

The IQL is an example of a property-led, regeneration project, in which the private sector takes a leading role in delivering government regeneration policy.

Remember that a regeneration project:

This kind of development has been popular in the UK since the 1980s, and has been used to achieve a range of regeneration goals, including: 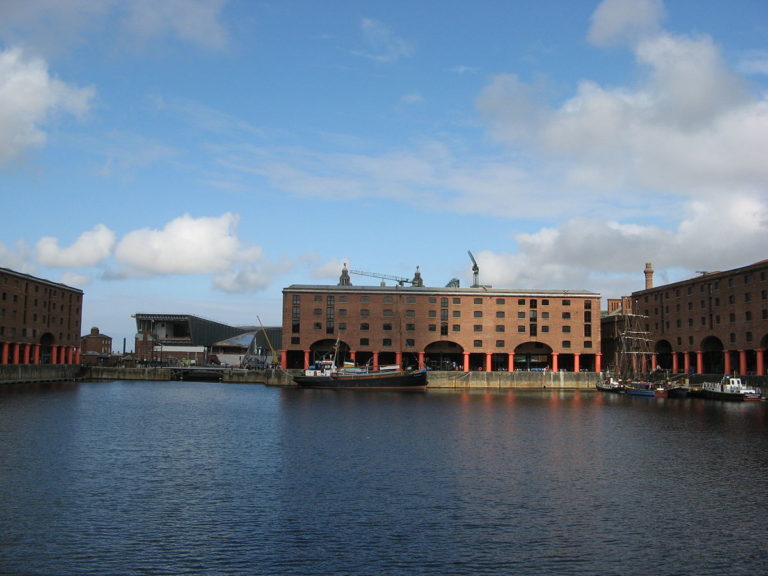 Albert Dock, Liverpool, England is an example of a regeneration project which includes accommodation, restaurants and several museums ©Own work, Jonathan Oldenbuck, C.C3.0 via wikimedia commons

However, some academics, journalists and community activists have been critical of property-led regeneration. There are a number of reasons for these criticisms but many relate to:

The Nature of Public-Private Partnerships

Property-led regeneration normally involves some kind of partnership between the public and private sectors, working to meet the objectives of central or local government. A Public-Private Partnership (PPP) is seen by many as a good way of building ‘synergy’; combining the skills, knowledge and resources of private real estate companies with those of public sector organisations.

The regeneration process relies on a successful collaboration of partners providing the following:

As you saw in the previous Step however, partnerships can be fragile and difficult to operate because each partner has their own objectives, values and priorities, some of which may conflict with those of others. Conflicts need to be resolved or managed or they may undermine the work of the PPP, especially if lines of decision-making and implementation are not clear.

Some have argued that partnership is a way of avoiding conflict by side-stepping the inherent disagreements that exist in regeneration and creating a ‘false consensus’ by excluding certain interests that are antagonistic or have ‘unacceptable’ demands. Many PPPs have been criticised for their lack of local ‘democracy’; the range of local views represented is capped and direct community input is restricted.

Politics is a key component of regeneration but elected politicians may be perceived as working in the interests of the private sector, including developers, rather than the people they represent. Another criticism relates to the role of central government agencies like urban development corporations which can take a leading role but may act to further distance local communities from the regeneration practice.

‘Gentrification’ (itself a contested term) is often used to describe the way that changes to local real estate markets are brought about by new property development or renovation. It can have a number of negative impacts on local communities that were meant to be the beneficiaries of the regeneration policy. For example: 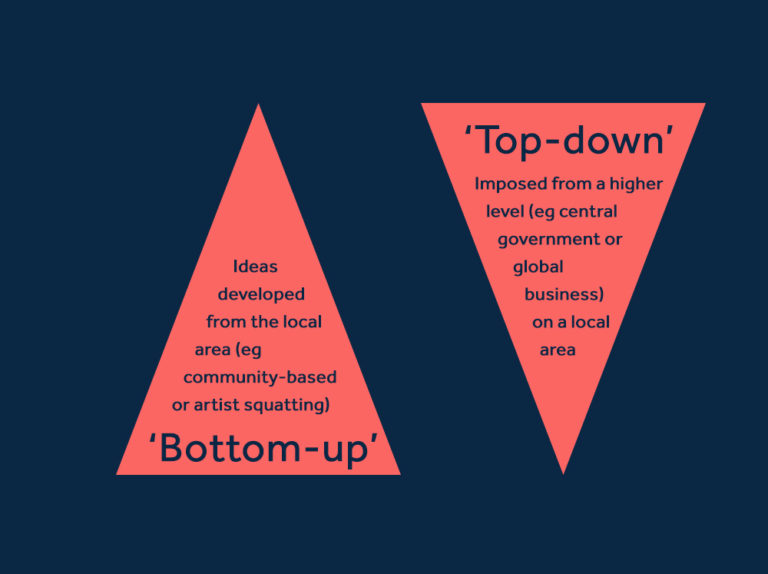 A diagram to show two different approaches to property development ©University of Reading.

The problems associated with property-led regeneration have led some to believe that more ‘organic’ and ‘bottom-up’ approaches to regeneration are needed. Organisations like the New Economics Foundation provide an alternative view and a different model of urban regeneration. The arguments about regeneration and the role of property within this process are complex and multiple, and these debates are likely to remain on the political and economic agenda for some time to come.

Remember that there’s the A-Z glossary in Step 1.5 which includes definitions of key property-related words and phrases.

If you’re interested in finding out more about bottom-up approaches, you may like to look at this case study on Coin Street Community Builders. Are you aware of any similar schemes in your area? Have they been well received by existing residents and local businesses? Share your examples in the comment area below.

The Guardian website has a useful report on a ‘roundtable discussion’ on regeneration that covers these critical points.