How to engage players in reviewing their performance in a game

When a coach asks a player what caused an error, the vast majority report discomfort in sharing these thoughts for fear of judgement 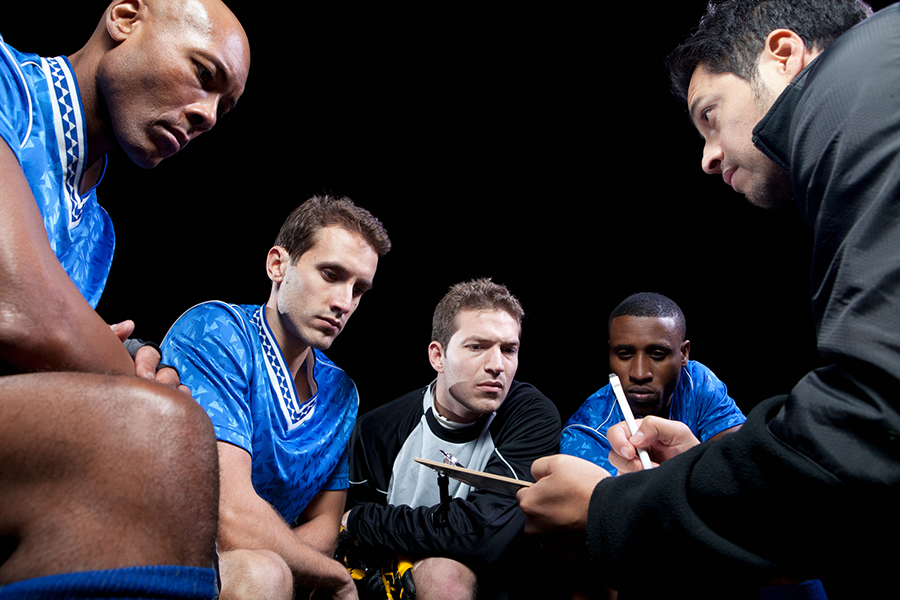 Reviewing performance will be most effective when players are comfortable sharing their thoughts and feelings.

Of the errors players make on the field, between 80% and 95% of them are mental errors, which play out as technical (skill) or strategy errors. Mental errors fall within the top-left quadrant of Wilber’s map as they’re invisible to others.

The coach can’t see these mental (or emotional) errors – all they see is the visible error, for example dropping a ball (a visible behaviour which falls into the top-right quadrant). In a coach-centred approach, the mental error goes undetected as the coach reviews, diagnoses and plans how to rectify the visible skill error.

When a coach asks a player what actually caused the error, the vast majority of players report their discomfort in sharing these thoughts or emotions, primarily for fear of judgement and of being labelled mentally weak, soft or fragile. After all, it was possibly a mental ‘weakness’ that caused the error, such as pressure, doubt, fear of failure or injury, loss of concentration, etc.

So if players aren’t comfortable revealing these frequently occurring errors to the coach, how might coaches address them? Here’s what I do:

Ideally and if possible, I do a practical review on the day after the game when emotions have settled, whether we’ve won or lost.

With all the team members in the same room, I ask each to sit in their own personal space with a pen and paper (or even better, with their journal). I make it clear that they’re writing for their own learning and I won’t ask any of them to share their writing. This is in the hope that they’re not limited by a fear of judgement that stops them sharing this information with me in the first place.

a) I ask them to write what they consider to be the best moment of the game for them. It might be ‘an excellent stroke for four runs’ in cricket. I then ask them to write, as accurately as they can remember, the thoughts or feelings (some people can relate to one better than the other) they had immediately before this, that might have helped their success.

b) I then ask them to write about an incident where they were responsible for making a mistake that stands out most for them, for example, playing the stroke in cricket that led to their dismissal.

Then I ask them the same questions again, this time writing down the result that I as coach would have seen. For example, ‘my feet didn’t move well; I missed the ball and was bowled’. They should then add what thoughts or feelings were going on for them in the moments leading up to that event.

c) Finally, I ask them to review what they’ve written and capture any observation or lesson, from the success or failure, that could help them be even better next time.

There are some situations where I’ll do this same exercise, but ask players to then share what they’ve written with someone in the team who plays a similar role to theirs — for example, two opening batsmen in cricket or two defenders in soccer.

The idea is that players can not only begin to review and identify the thinking/feelings that causes their error, but they can also build an understanding and relationship with fellow players, who in future can support each other during games.

One note for this peer review exercise is to invite people to only share what’s comfortable for them, rather than instructing them to share openly. This way they remain in charge of their comfort and safety.

As the coach leading this review exercise, I’ve no need to know players’ responses, only to know I’m guiding them to reviewing the part of their game I can’t see — their thoughts and feelings (reflected in the upper left quadrant).

A coach-centred approach simply doesn’t get to address this part of the game, so players miss out on an important source of information they can use to improve their own performance.

Most errors are mental errors, although they play out as technical or strategy errors. It’s only when we’re prepared to acknowledge what happened in the moments before and during such errors that we can improve and move forward.

Reflect on an experience you’ve had in relation to an error you’ve made in the workplace or on the field and consider the following: