What is the state of manufacturing in our modern economies and what policies should government pursue? Sir Vince Cable discusses common views. 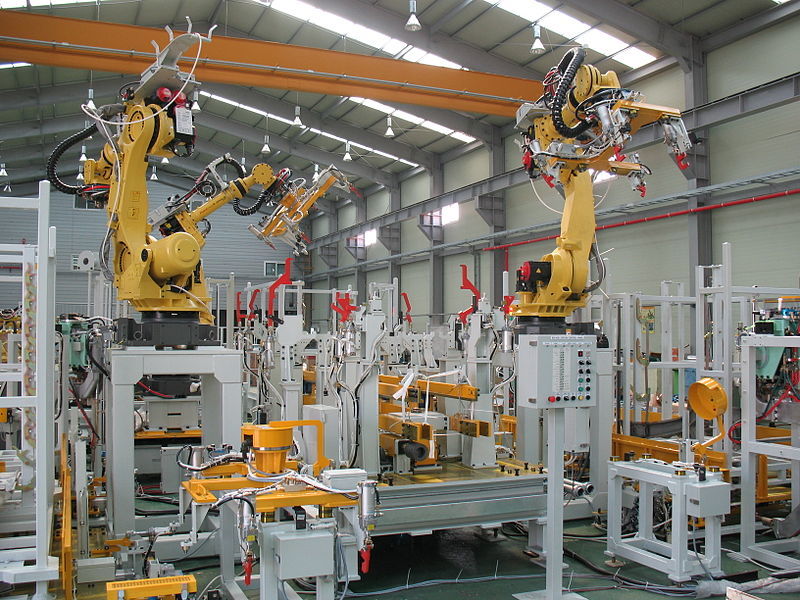 If we agree that manufacturing still matters in our modern economies then it is important to evaluate how well we are doing it. In the article below, Sir Vince Cable describes the reality of manufacturing in today’s economy and describes several possible industrial policy alternatives.

The Scale of Manufacturing

An important argument is over economic statistics. These tend to show that the share of manufacturing in advanced economies like the UK is low, around 10%, and declining. Agriculture, for the UK, is only around 2 to 3%. The main reason is that as societies become richer consumers spend proportionately less of their income on things – furniture, clothes, vehicles, consumer durables – and more on services – restaurant meals, holidays, sports and entertainment, education, health and social care.

What these figures measure however is ‘value added’ and so they don’t measure the value of the raw materials used by manufacturers or their supply chains (which will however be included in the national figures if domestic producers contribute value added in the UK).

More seriously, they exclude all the services which are performed around the manufacturing process but are outsourced to ‘services’ companies: cleaning, catering, transport and delivery of inputs and outputs, building, security, software programming, consultancy, marketing and advertising, audit and accounting functions. It can reasonably be argued that, to gain a realistic picture of the importance of manufacturing in the UK, these should be added in: around 20% of GDP in total.

If the official measure of manufacturing valued added is converted into dollars, the UK emerges as around 12th in size (as opposed to sixth in overall GDP terms). These measures are hotly disputed (on the PPP measures the UK is relatively smaller). But they do tell us that the UK now has a smaller manufacturing sector than emerging countries like South Korea, India, Brazil, Russia as well as EU countries like France and Italy.

There is however no disguising the fact that the UK has performed relatively poorly in manufacturing and this is reflected in the large trade deficit in manufactured goods. There are some areas of competitive strength – food and drink; luxury vehicles; aerospace; life sciences – but most of Britain’s capital goods industry has disappeared. But the optimists would say that none of this matters since the UK is highly competitive in other areas: financial, professional and managerial services and creative industries.

What is to be Done?

We can identify, roughly, three schools of thought:

• Do nothing. There is a laissez-faire school, which was dominant in the 1980’s but has remained strong, that governments should not intervene. Markets, it is argued, are better than governments at allocating resources efficiently and guiding investment decisions. If the country becomes ‘uncompetitive’ in trade, the exchange rate will fall and help incentivise exports and imports competing activities. If the markets determine that Britain’s competitive advantage in trade is banking, accounting and advertising rather than textiles, machine tools or steel then so be it.

• ‘Horizontal measures’. There is a view, which has been dominant since the 1980’s that ‘something needs to be done’ but it should be in line with market forces and not involve industry specific intervention: encouraging innovation through spending on basic science and R&D tax credits; encouraging skill development through government subsidies for higher and further education and vocational training; building supporting infrastructure (power supplies, transport).

• ‘Industrial Strategy’. In the wake of the 2008 financial crisis in the UK and then under the Coalition, there was a revival of interest in sector policies to support key industries – cars, aerospace, life sciences, creative industries, among others – with funding for collaborative research, a more strategic long-term approach to public procurement, industry specific training schemes, access to credit and direct financial assistance. This approach – sector based but flexible, market based but allowing for government intervention – has found favour with business and the May government is an enthusiastic supporter. The UK model draws on the experience of other countries – like Korea, Finland, Singapore – trying to develop a ‘new industrial strategy’ without the pitfalls of the old.

Vince has identified three schools of thought for how governments ought to encourage manufacturing. Comment below which of these three do you think is most necessary? Why do you think that?