In order to understand the context of the debate between free trade and protectionism, Sir Vince Cable explores the history of trade between nations. 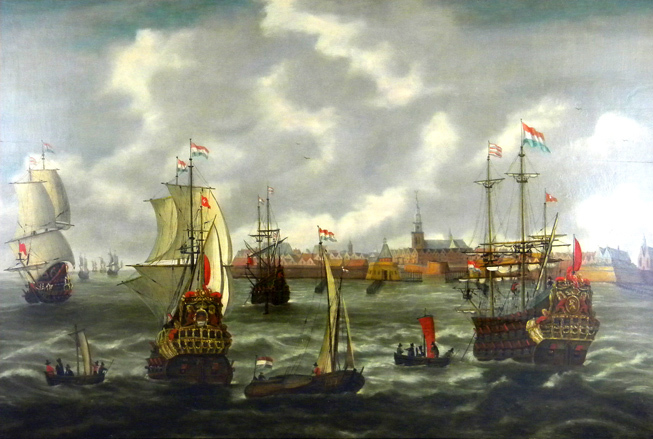 Economists are notoriously indecisive. There are lots of economist jokes about “on the one hand and on the other”. Every major political event – a general election, Brexit, etc. – will have dozens of economists writing to national newspapers saying that policy makers should follow their advice on economic grounds and a comparable number arguing the opposite.

But there is one issue on which economists are – almost – united: believing that free trade is good for the country and good for the world. In the UK, in particular, there has been a longstanding political consensus that the economists are right. And the significance of Sir Robert Peel was that he forced a political realignment to secure that consensus which the political parties – Tory, Liberal, Labour – have broadly endorsed to this day.

As long as there has been trade going beyond crude barter, attempts have been made to explain its benefits and by governments to promote it. From the Greeks and Romans, through the Mongol invasions to the expansion of trade following the conquest of the Americas and the opening of trade routes from Europe to Asia there have been debates about the gains from trade and its positive and negative side effects. One of the big turning points of history was when the Chinese, at the end of the 15th century, decided that the vast Chinese exploration and trading missions in the Indian oceans, launched originally under Admiral Zheng He, should cease and all ocean going boats be destroyed because of the corrosive effects of foreign influences on China.

The expansion of trade within and by Europe in the 17th and 18th centuries, led by the Dutch, then developed by Portuguese, Spanish, British and French merchants was also seen as ambiguous in its effects. Trade was often seen as not inherently desirable but a means to acquire precious metals (gold and silver) which formed the basis of domestic currency. With the emergence of strong and well-organised domestic farming interests, then early industries, there developed in France the idea of ‘Mercantilism’, essentially that exports are good and imports are bad. Trade was seen as a ‘zero sum game’ rather than a generally desirable activity. That kind of thinking also initially predominated in the UK. At the beginning of the 18th century, textile weavers in London rioted in protest at the import of Indian cloth (calico) . Governments saw it as their duty to protect domestic farming and industry while promoting exports (Britain’s main invisible services export being slavery) to import luxuries (tobacco; sugar) and raw materials (cotton).

A more sophisticated view of trade was set out by Adam Smith in the Wealth of Nations: the advantages of specialisation and the ‘division of labour’; the merits of competition (even if painful for producers); and the welfare of consumers having access to cheap imports. Development of these ideas by Ricardo (‘comparative advantage’) and others provided the intellectual ammunition for political campaigners like Cobden and Bright to launch an attack on the Corn Laws – duties on imported grain to protect British farmers – which Peel was to translate into legislation.

Britain has broadly retained the commitment to free trade. A Conservative, Joseph Chamberlain, advocated protective manufacturing tariffs at the end of the 19th century but the free trading orthodoxy, championed by the Liberals of Asquith, Lloyd George (and Winston Churchill) and by many in his own party, defeated him. There was another push for protectionism in the inter-war period – the Fascists of Oswald Mosley wanted to exclude industrial goods made by cheap, ‘coolie’ labor in Asia and even Keynes lent his name to a more restrictive approach – and the trade conflicts between the great powers led to Imperial Preference: protected trade within the Empire. War-time, necessarily, led to a quest for self- sufficiency but the apparatus of import quotas was dismantled, post war. There was a brief wobble in the 1970’s when the ‘alternative strategy of the left’ offered import controls but much of the trade policy debate was then subsumed into arguments about the Common Market, then the European Union, but with Remainers and Brexiteers both arguing the merits of an open trading system.