The Thatcher Revolution and the Battle of Ideas

Margaret Thatcher: The Woman and the Times 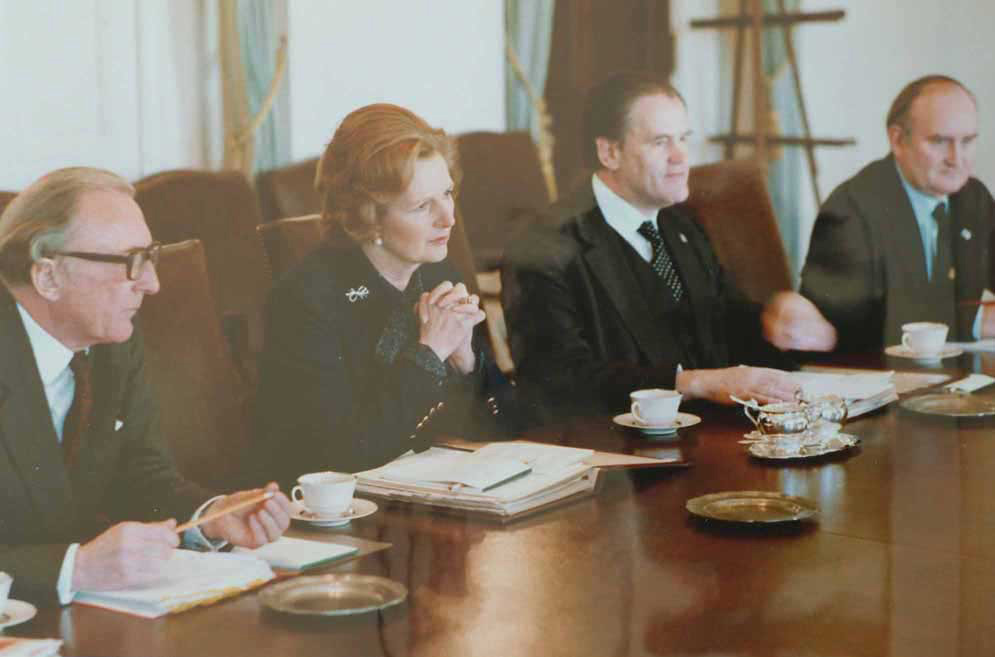 In this article, Professor Kevin Lee reflects on Margaret Thatcher’s successes in the Battle of Ideas and the interplay between economics and politics in the Thatcher Revolution.

The process by which research ideas turn into policy is never entirely clear and differs from case-to-case. But Hayek’s and Friedman’s influences on Margaret Thatcher have been well documented and, through her, appeared to have a profound effect on policy making around the world. It is interesting then to try to sketch how academic thought became reality in these cases.

On the macroeconomic side, a 10-year period witnessed Friedman’s elaboration of the Natural Rate Hypothesis in 1968, Margaret Thatcher winning the leadership of the Conservative Party in the mid-seventies and, in 1979, her election and the introduction of a macroeconomic policy in the form of the Medium-Term Financial Strategy (MTFS) that was a complete break from the past.

Some part of Thatcher’s success in persuading her party and then the country to change the direction of policy was surely due to timing. The macroeconomic environment of the fifties and early-sixties was defined by post-war reconstruction but, by the late-sixties, many industrialized economies were close to ‘normal’ full-capacity operation. Friedman’s natural rate idea, published in 1968, resonated with the times, characterized by rising inflation and increasing employer-employee tensions in the labor market. The OPEC-induced oil price rise in 1973 exacerbated the inflationary pressures and labor market tensions, and the combination of rising unemployment and rising inflation (reaching more than 24% in the UK in 1975) cast doubt on the effectiveness of the typical demand-based interventionist macro policies of the time.

But Thatcher also succeeded in straight political terms. Thatcher and her advisers at the Centre for Policy Studies (CPS) think-tank embraced Friedman’s “natural rate” ideas and developed an explicit agenda of reduced government intervention and a commitment to combating inflation. The links to a brief chronology, introduction to the CPS and associated materials provided by the Thatcher Foundation document the explicit and very successful campaign pursued during the seventies to promote the ideas and embed them in the policies of the Opposition and then the Government.

The microeconomic policies pursued were entirely in keeping with Margaret Thatcher’s political and economic philosophy but, in contrast to the macro policies, it appears that the program of privatizations and de-regulation was less thought-out in advance and instead developed while in office. The Conservative Party had included a proposal to give tenants of local-authority owned ‘council houses’ the right to buy their property in their Manifesto in 1974, and their 1979 Manifesto promised to sell back to private ownership the recently nationalized elements of the aerospace and shipbuilding industries. But there was little indication of an intention to privatize on the scale that subsequently took place and it was the popularity of the 1980 Housing Act (which saw more than a million council houses bought by their tenants during the early- to mid-eighties) and the sale of more than half of the shares in British Telecom in 1984 (in a sale that was over-subscribed by 3.2 times and which raised £3,916m) that turned the early ideas into a full-blown program.

Comment on the ways in which academic thinking translates into policy and the extent to which policy formulation is the outcome of objective reason, timing, opportunism or the personalities of individual policy-makers.