Skip main navigation
Home / Politics & Society / The Politics of Economics and the Economics of Politicians / Is China a capitalist or communist country?

Is China a capitalist or communist country?

This article describes the ways in which China is both capitalist and communist as well as the economic challenges it faces. 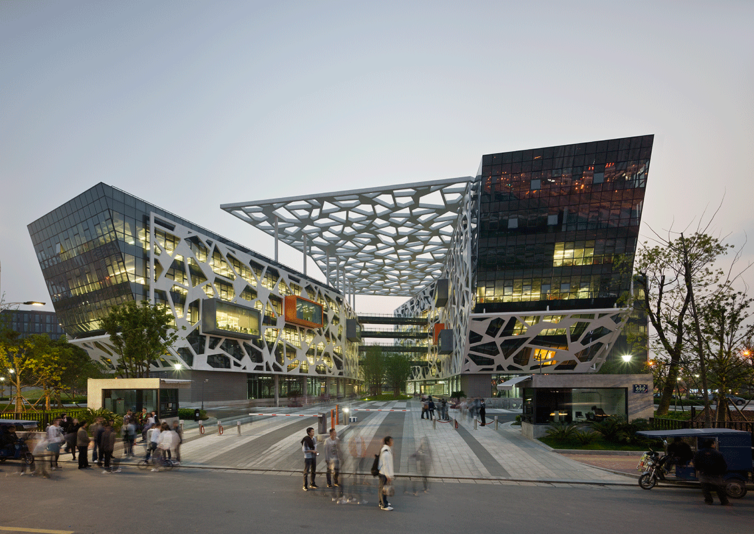 Parallel to the incredible economic developments China has experienced over the past few decades have only been limited political reforms. In this article, Sir Vince Cable explores the question of whether China is a Capitalist or Communist country.

Deng was a committed Communist ever since he joined the party (in France) as a young man. Although he steered China to be a market economy he never ceased to uphold Communist party rule – and he is credited with having backed the Tiananmen Square ‘massacre’ to ensure the party’s authority and monopoly of power.

Indeed, he survived as one of Mao’s top generals and closest party associates by either participating in or turning a blind eye to Mao’s purges and mass killings.

Deng is a difficult figure for Westerners to evaluate. He has the remarkable legacy of having, through economic policy reform, lifted more human beings out of poverty than anyone in world history. But he had little interest in ‘human rights’ or Western-style democracy and, as a Communist, regarded these things as either irrelevant or a threat to party rule.

So, after the enormous economic and social changes he unleashed can we best describe China as a Communist country with a veneer of market economics or is it a capitalist country with a nominally Communist government? Perhaps it is both: ‘state capitalism’ with a framework of Communist party rule.

Deng himself was pragmatic: ‘What does it matter what is the colour of the cat provided it catches mice. He was also a gradualist – ‘crossing the river by feeling for the stones’ – interested in results rather than dogma or doctrine.

China has gone a long way to becoming a market – capitalist – economy. It has opened up to foreign investment (much more than, say, India). Its firms compete internationally and invest overseas. Some Chinese entrepreneurs like Jack Ma have global recognition.

Day to day economic life operates through markets and farmers have greater (but not complete) ownership rights. There is a sophisticated stock exchange and capital markets.

Most of the small to medium-sized companies which have flourished in export markets are however not ‘private’ in a Western sense but have close links with local government.

Moreover, almost all the large and successful Chinese companies are state-owned and the few major genuinely private companies (like Huawei, Lenovo and Ali Baba) have close links with the government. State enterprises, albeit highly efficient and competitive, dominate banking, energy and telecoms.

The Communist Party has to be consulted on business decisions

Pervasive corruption at the local level is being reined in at the cost of greater central party control. And central control over access to the Internet limits the extent to which the, now, vast Chinese, educated, middle class can participate in an open exchange of information and ideas.

Whether China becomes more or less ‘communist’ however will depend on China’s success in managing a succession of economic problems which will influence future growth in living standards, and thus the legitimacy of the Communist Party as the generator of economic progress.

The Chinese economy is far more sophisticated and developed than that which Deng inherited in the late 1970s. Then the aim was to boost exports and investment – ‘primitive accumulation – as well as to ensure that the population had enough to eat and graduate from survival.

The first is to rebalance the economy, shifting from investment to consumption, from manufacturing to services and from exporting to consumption of both domestic and imported items.

Yet it is proving difficult to slow the massive expansion of property and infrastructure and the steel and energy-intensive industries that depend on those activities. And while domestic consumption, and service activities, are growing, especially in the big cities, the transformation is not happening quickly enough to prevent over-investment and accumulation of spare capacity in traditional heavy industry, housing and property in general.

There is also a serious legacy problem of extreme environmental damage which is being addressed, but which imposes high costs. Overall growth is slowing – to around 6 to 7% pa – and there is concern that China could be headed for a Japanese style period of stagnation and/or a crash rather than orderly rebalancing.

Will there be a financial crisis?

A key uncertainty is whether the build-up of debt incurred in order to finance the boom in investment will lead to a financial crisis. Investment in property infrastructure and heavy industry was financed by borrowing, much of it incurred to ‘shadow banks’ credit institutions outside of mainstream banking.

Chinese aggregate debt had reached 255% of GDP by mid-2016, up from 141% in 2008 (and as against 188% in emerging markets as a whole). Some estimates are much higher (around 300%). The fear now is that, as the economy slows, debts can no longer be serviced and there will be defaults which, could, as after the 2008 crisis in Western economies, drag down major lending institutions.

So far, state intervention to support weak institutions and continued growth stimulus have headed off disaster. But the price has been the postponement of necessary reform. We simply do not know if there will be a soft or hard landing.