Exception handling is vital for dealing with errors that are expected in a program.

When you tried to open a file that didn’t exist, Python raised an error. In this step you will explore how to deal with errors as they occur.

Programming languages have ways to handle exceptions (issues or problems that occur when code is run). In Python there is a try...except statement that is used for such an occasion. This is often also known as a try, catch.

The statement works by first trying to run code that is indented inside the try statement. If there is an error or exception, the error is caught, the except is triggered, and the code indented under except is executed.

In this example the try statement will attempt to print a message. If any error occurs, then the except part will be triggered and print the error message. 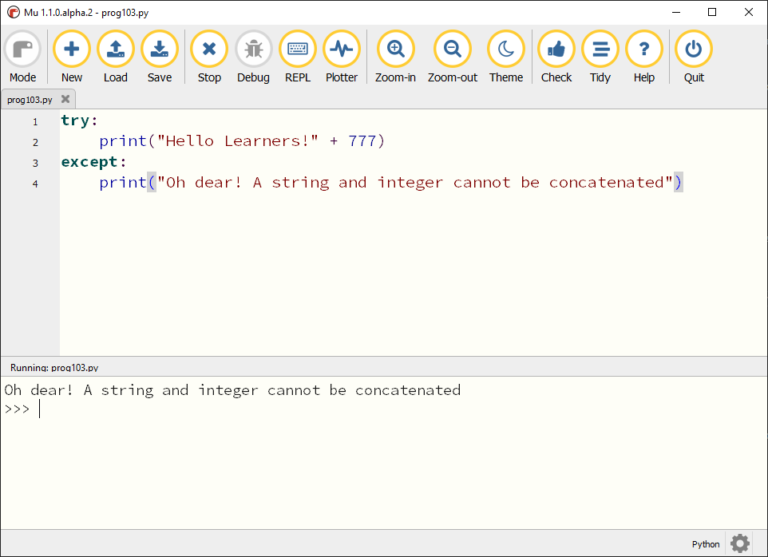 It is not good practice to catch all errors, because if an error occurs that you weren’t expecting, it should not be hidden from the user. Your program should anticipate the type of error that you wish to catch and then take an appropriate action.

The type of error raised by the above program is a TypeError. You can explicitly tell the except to only catch TypeError using except TypeError.

You can also retrieve information about the error using except TypeError as error, which will allow you to print the error type and message.

Adding exception handling to the game

Run the code and note how the highscore.txt file is created if it didn’t previously exist. 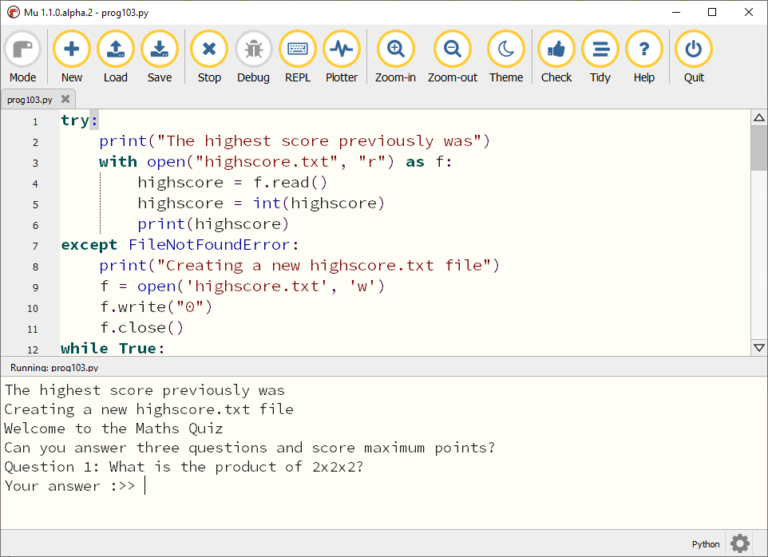 Can you think of any other errors or exceptions that may occur? Share your ideas in the comments section.