The different educators introduce themselves. 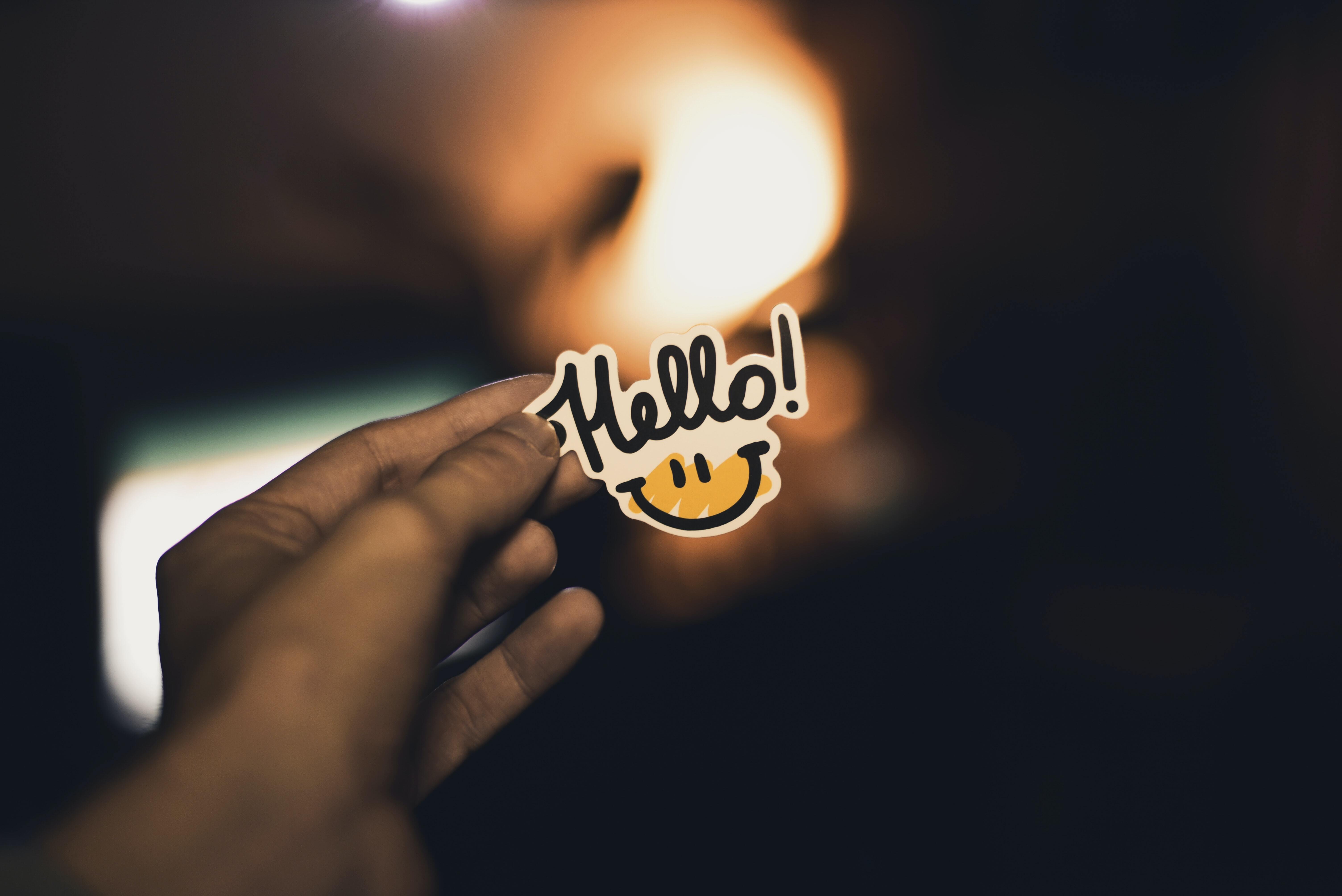 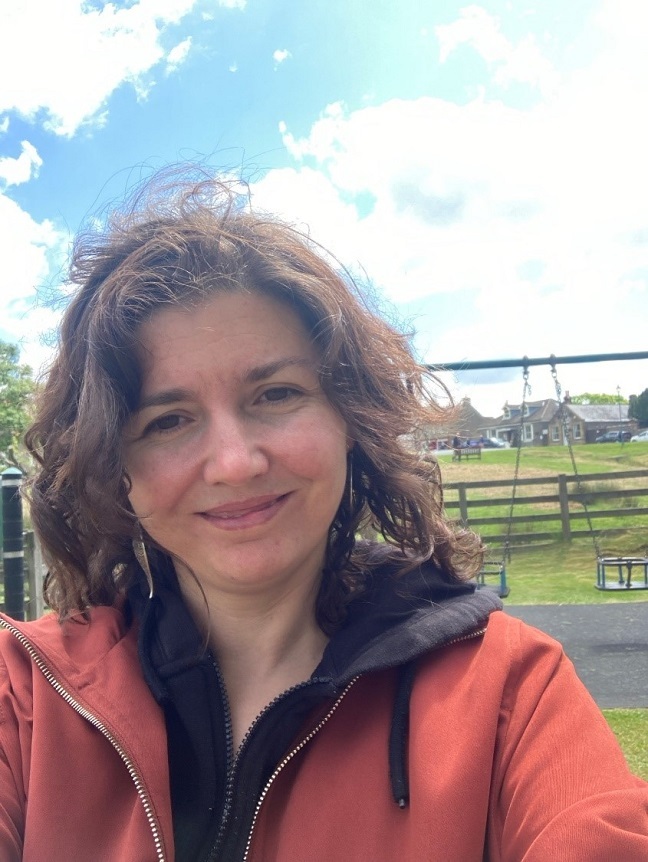 Hello! My name is Edda Sant. I am originally from a village in the Spanish/Catalan Pyrenees region. I graduated from the Universitat Autònoma de Barcelona with a combined degree in Humanity studies (History, political science and philosophy) before completing my teacher training. Then I went to teach in different schools in Catalonia where I worked as social studies (History and Geography) and citizenship teacher and year and key stage coordinator. As a citizenship teacher, I became tremendously upset seeing how most of my students were totally dissatisfied with their current democratic system. Many of them said they were not interested in politics and they felt our institutions did not represent them.

In 2008, I decided to return to university and I began my PhD studying how teachers could promote political participation in the classroom. My intention, then and now, was to think how we, as teachers, can help young people to build their democratic futures. In 2012, I came to the United Kingdom for a research stage at the University of York and I worked in a research project together with secondary students from different parts of England. It surprised me how much they had in common with my own students back in Catalonia. At York, I met who is now my husband and I could never leave! My English might not be great, but I guarantee his Catalan and his Spanish is worse! Since 2014, I have been a senior lecturer at Manchester Metropolitan University where I teach Education undergraduate students and I supervise PhD and Professional doctorate students.

I usually refer to myself as a lecturer-mama or a mama-lecturer. As a mama, I spend most of my limited free time with my toddler and my husband. We love going for walks, travelling (when we are allowed!) and visiting my family in the Pyrenees region. As a lecturer, my work implies both, teaching and researching about democratic and citizenship education. I have published five books and more than thirty articles all in the fields of citizenship, political, history and democratic education. My more recent book ‘Political Education in Times of Populism’ will be published in 2021 by Palgrave MacMillan (it took me more than three years to write it!). I am an advocate of democratic and political education in schools and a current academic advisor for the UK’s All-Party Parliamentary Group on Political Literacy. I believe that as educators, we are uniquely placed to promote democracy and we can’t escape this responsibility! So all my academic works try to answer the question, how do we go about it?

Hi! I’m Jonas Thiel. I’m originally from Hesse in Germany where spent the first 25 years of my life. I am going to start with my own educational journey. I completed my A-Levels in History, German, English and IT and then decided to study Primary Education at the University of Giessen. This time was eye-opening for me: I became very interested in a range of subjects, most prominently arts education, foreign language teaching and politics and economics in education. One of the highlights of my degree was my ‘Erasmus’ year which I spent in Poland. During this time, I lived and became friends with students from countries from all over the world which was a fantastic experience. Most importantly, during my time in Hesse I met my now wife which was why I decided to eventually move to the UK. Here, I completed my PGCE in Primary Education and then worked as a primary teacher for four years at a school in Greater Manchester. I was then very lucky to be accepted on a fully-funded studentship at Manchester Met and then even luckier to become a senior lecturer at Manchester Met after. My current interests span a wide field of academic and professional interests, such as cooperative learning, bilingualism, art education, the history of neoliberalism, philosophy in educational research and, of course, democratic education. I have published in world-renowned academic journals and am in the process of finishing a book on the topic of “ratings and rankings in universities”.

If you asked me, “What drove you to be interested in Democracy and Democratic Education” I guess I would answer that I’ve always been passionate about democracy and democratic education. But some aspects have shaped me more than others. Probably the most important driver is the fact that I’m from a country with a history of the opposite of democracy. I strongly believe that education is powerful in preventing democratic decline. Another interest that has inspired me to pay closer attention to democracy is the field of “cooperation” and my scepticism towards excessive competition in society. The promotion of excessive competition can often promote deeply anti-democratic behaviours. Just think about the novel Hunger Games where competition for survival drives most teenagers to become ruthless. Last, my friends and colleagues from various backgrounds have shaped my appreciation of democracy: I have always experienced diversity as a deep asset to my life. Democratic societies cannot exist without deep respect. 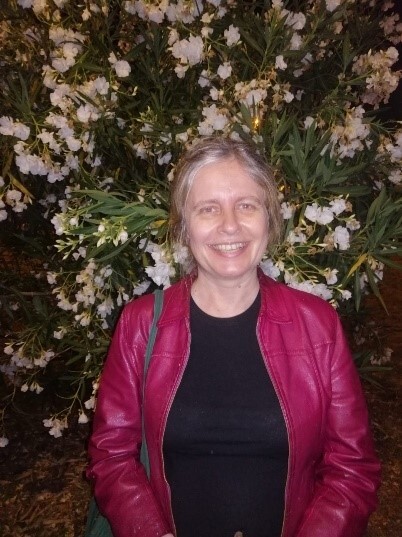 My name is Noémia Maria Simões. I am 55 years old, and live at Queijas, a small village in the suburbs of Lisbon. I am single mother: my son is actually 21 years old and he is nowadays doing an Erasmus programme at Munich, Germany. I also have a large family with people from different geographic, ethnic and cultural origins. Ultimately I would assume that “the whole world is part of my family …”

I have been Professor of Mathematics and Statistics for more than 27 years at tertiary level (mostly, for about 22 years, at ISEL: an Engineering Politechnic Institute in Lisbon). At the same time, I collaborated with NGO on issues related with development and citizenship education. I intended to develop and implement research interdisciplinary innovative projects relating mathematics, engineering, humanities and citizenship education

Now, I am actually reframing my professional life: I am doing a stage within a Master Degree on Mathematics Teaching at secondary level. At the same time I am also collaborating with civil society associations (mostly within Animar – Desenvolvimento Local network). I have a great opportunity to put in practice my dreams and to develop projects related with democratic education

I was eight years old when the 25th April occurred in Portugal 47 years ago: the carnation revolution marked a transition in our country political system: I strongly believe it has been for better, in spite all economic and social crisis we went through. It is much better to live in a democratic system than to be oppressed; it is always preferable to be able to choose, and to assume the risks and responsibilities of our choices, than to be like a puppet…

Inspite all the dangers and risks of democratic systems … I still think it is much worth living, building and rebuilding a democratic society where both human dignity, social justice and freedom of choice are inherent parts of a decent, peaceful and sustainable future for ALL. 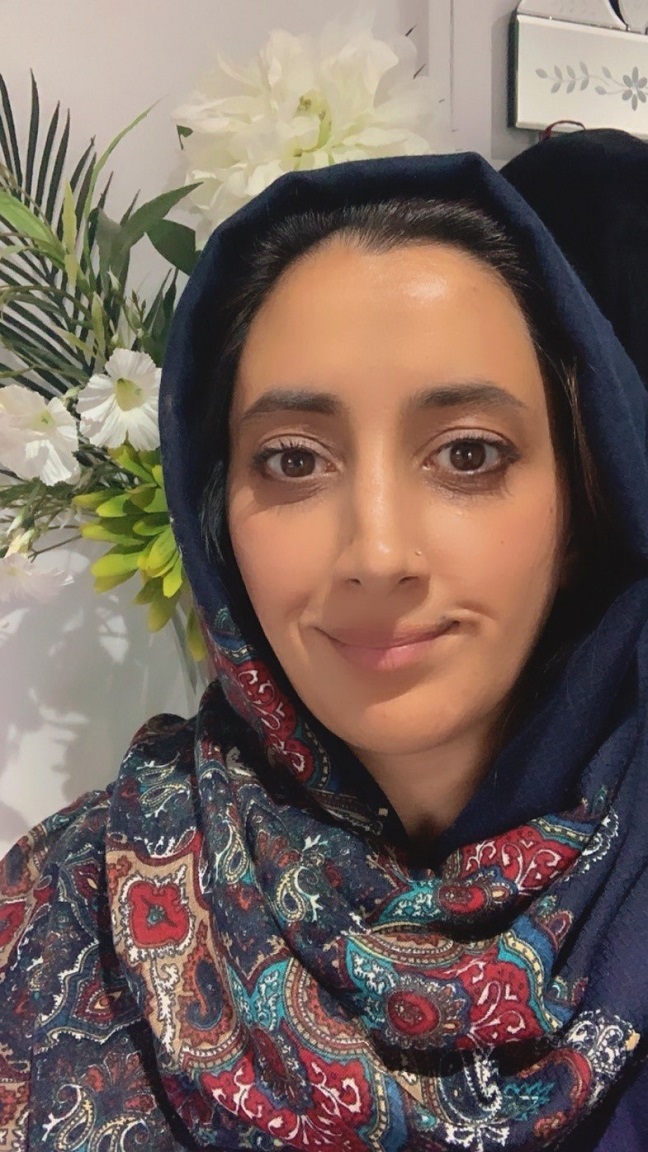 Hi, my name is Zeba Tillat, I was born in England , but my parents both came from Azad Kashmir and education was very important to them. I grew up learning English as a second language and studied hard a school. I studied at Manchester Metropolitan University and completed a degree in early childhood studies, I was one of the first girls from my family to do this. I took a year out of my studies, not finishing my PGCE (Postgraduate Course in Education) top up year to gain my QTS (Teaching Qualification Status), to get married and teach for a while in Azad Kashmir. I then had three beautiful children, during this time I worked within the social work system and worked with children with special educational needs. I have always been passionate about equality due to my background and from my personal experiences. I later completed my master’s degree alongside getting my QTS. I have been now been teaching for 10 years.

During my teaching time, I worked very closely with student teachers and recently became a professional mentor at my school. I am very passionate about educating children and in particular about equality and equality of opportunity, therefore the messages behind the democratic culture really resonate with my personal beliefs. I really enjoyed being part of the research project as I feel like it definitely made me reflect on my practice and enabled me to refocus on equality as this is really important to me. I continue to teach within the primary school sector and having taught in year 1 for the past couple of years I am now back in Early Years Foundation Stages (EYFS), teaching 4 and 5 years-old in reception. I am looking forward to understanding the new EYFS curriculum and facing the challenges it may bring along. 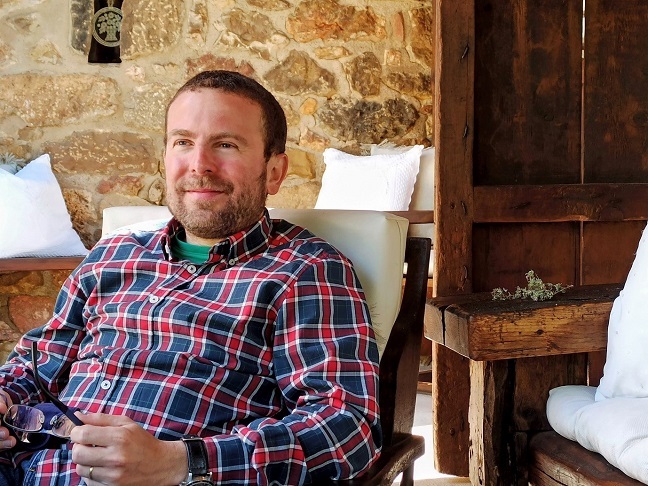 Hi! My name is Breo Tosar. I come from Tarragona, Spain. I am a Philosophy teacher who has worked, like Wittgenstein, in kindergarten and primary education for many years.

I have studied, thanks to international scholarships, at Högskolan Dalarna in Sweden, and at the University of British Columbia and Bishop’s University, in Canada. I have also been a visiting professor in Colorado, United States of America, and at the Cervantes Institute in Krakow, in Poland.

I work in public education. I have obtained the extraordinary doctorate award with my thesis on critical literacy at the Autonomous University of Barcelona. Teaching is my passion.