Find out more
Home / Politics & Society / Inclusive Teaching / Promoting Democracy in the Classroom: A Practical Guide for Teachers / How to teach controversial issues

How to teach controversial issues 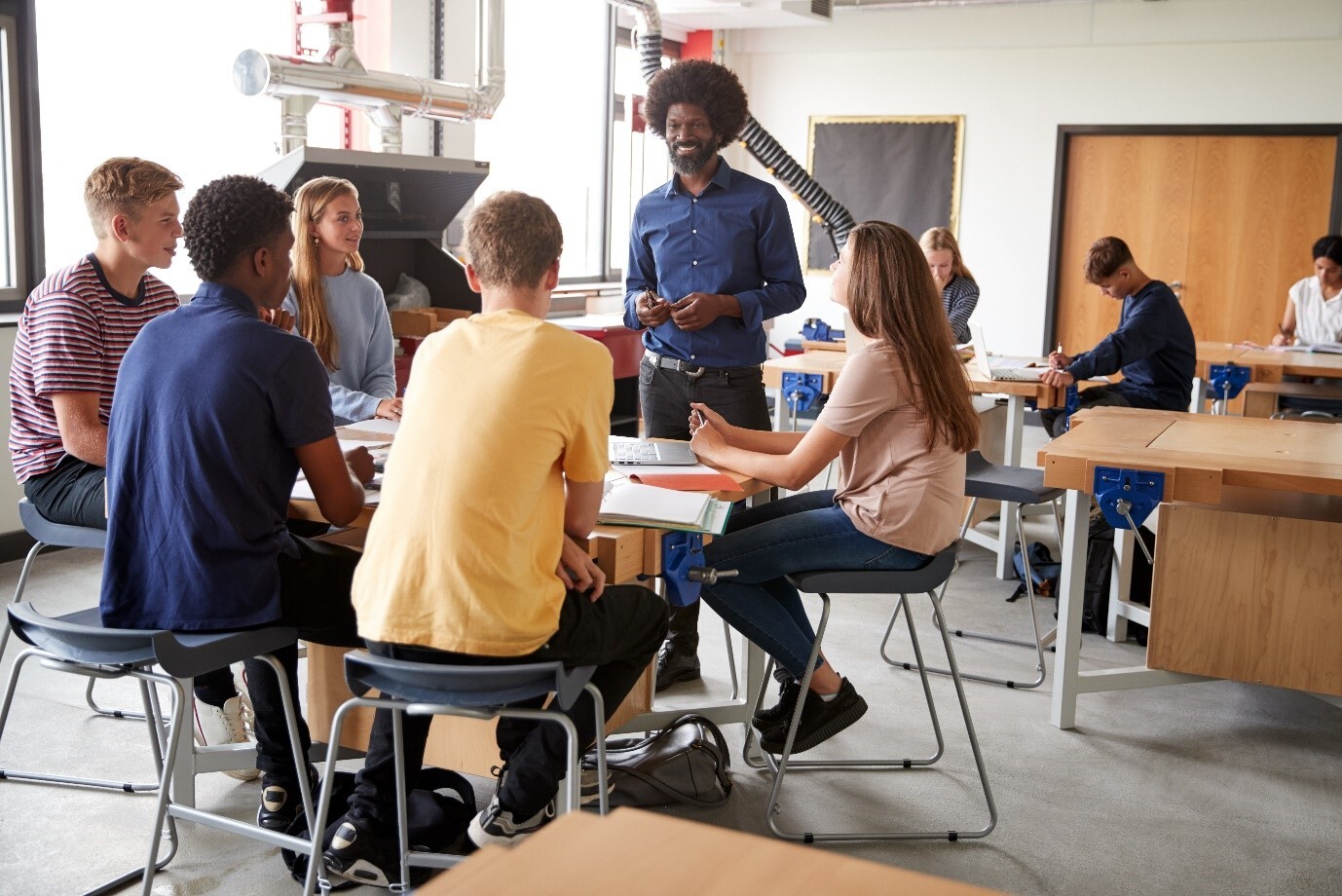 Let’s look at the question of whether or not there should be transgender bathrooms in all schools. The teacher would prepare an activity by gathering reliable sources that defend different perspectives. Once in class, the teacher would introduce the controversy. Students would be divided into three groups; those defending the need for transgender bathrooms, those against and those arguing for transforming women’s bathrooms into transgender ones. Each group would be provided with resources to defend their position and then identify arguments to sustain their perspective. Students would then engage in a moderated debate, where they are allocated time to speak, present their arguments and counter-argue those of others. At the end of the activity, the teacher would ask students to make a decision and decide how their school can better adapt to its decision.

Other examples of controversial issues are: what should we do with slavery heritage such as statues and other monuments? Should radical activist actions such as those of Greenpeace or Extinction Rebellion be legally allowed? How should governments respond to the Mediterranean refugee crisis?

Deliberative approaches to controversial issues aim to create the conditions for these well-organised and inclusive discussions. They facilitate that participants gain academic knowledge, appreciate and respect different viewpoints and learn to build consensus. In deliberative approaches to controversial issues, participants are requested to research one or several viewpoints, communicate their ideas to others, and reach agreement. Teaching controversial issues here always finishes with a classroom consensus. The whole class reaches a consensual decision after evaluating different arguments.

Agonistic approaches to controversial issues are based on the political theory of agonistic democracy. Agonistic democrats argue that disagreement is part of democracy and real consensus cannot be reached – consensus will always exclude someone.

Agonistic approaches to controversial issues are relatively new methods to deal with controversies in the classroom. Agonistic approaches aim to normalise political disagreement and destabilise rigid understandings of friendship/enmity. In agonistic approaches, participants are requested to rapidly express their opinion concerning a range of different statements. Here, students are not expected to engage with academic knowledge but rather, to rely on their life experiences. There is no intention to reach agreement over the controversies. The aim is to facilitate that students understand our society to be diverse and learn to coexist with difference.

Whilst deliberative and agonistic approaches to controversy rely upon different assumptions, they can complement each other. Indeed, democracy often requires us to reach agreements but also to live with disagreement.

Digital approaches to controversy use the digital space as a medium or as a topic of controversy. On occasions, controversies can be related to digital issues including fake news, freedom of speech and digital rights. On other occasions, the teaching of controversial issues can also be carried out online. The online environment can allow students to improve their digital literacy skills and facilitate their participation in the context of digital democracy.

The role of the teacher

In any situation, it is essential that teachers are aware of the social and political context and have a good understanding of the school and the situations students experience. There might be issues that are particularly sensitive to all or some students (e.g. pupils who experience or have experienced poverty, racism, asylum) and teachers need to consider this when selecting and addressing controversial issues.

It is also very important that teachers are aware of their local legislation and consider, to what extent, they are allowed by law to promote political views. In many countries, the curriculum or educational laws explicitly specify that partisan politics are banned from schools. This is the case, for instance, of England and Wales, where the Education Act 1996 provides a clear prohibition against practitioners promoting partisan political views and an equally clear requirement for practitioners to offer a balanced account. It is also the case in Germany, where the Beutelsbach Consensus, operating as the basic law for teaching citizenship, requires teachers to provide a balanced approach to discuss any given law.

However, teaching controversial issues in a neutral or balanced manner is not always possible or desirable. A guidance for teachers developed by the Welsh Government (United Kingdom) (2021) specifies,

schools (and practitioners) are required by law to promote certain values and principles, which may still be the subject of political debate (for example, it is relatively uncontroversial to say schools should challenge discrimination, but political debates about misogyny and racism can still be partisan and controversial). (p. 5)

Indeed, if teachers do promote democracy in their practices, they are not neutral in the promotion of democracy!

Jahr D, Hempel C, Heinz M. “… not simply say that they are all Nazis.” Controversy in Discussions of Current Topics in German Civics Classes. JSSE-Journal of Social Science Education. 2016 Jun 2:14-25.

Lo JC. Empowering young people through conflict and conciliation: Attending to the political and agonism in democratic education. Democracy & Education. 2017:1-9.