Here we look at defining the main actors and service structures involved in the delivery of public health services in post-war Britain. We will learn about the changing role of the National Health Service (NHS) and the Medical Officer of Health (MOH) over time.

What is public health, what services were involved and who were the main actors?

Public health is not just about the health of the population. The term can also be used to describe the actors and services responsible for protecting and improving population health. People talk about the need for ‘public health’ to take action on a particular issue, or the development of ‘public health policy’ as if ‘public health’ were a single authority. In reality, ‘public health’ is made up of a range of different organisations and individuals. The nature and relative importance of these also shift over time.

In Britain, a key player in public health from 1856 until 1974 was the Medical Officer of Health (MOH). The MOH was a doctor with responsibility for public health at a local level. Initially, the MOH was employed by the local government to advise on public health matters such as the control of infectious diseases and the collation of statistics on births and deaths. Over time their responsibilities grew, and by the early twentieth century the MOH oversaw many services including maternal and infant welfare, sexual health, TB treatment and food inspection, as well as the control of infectious diseases. 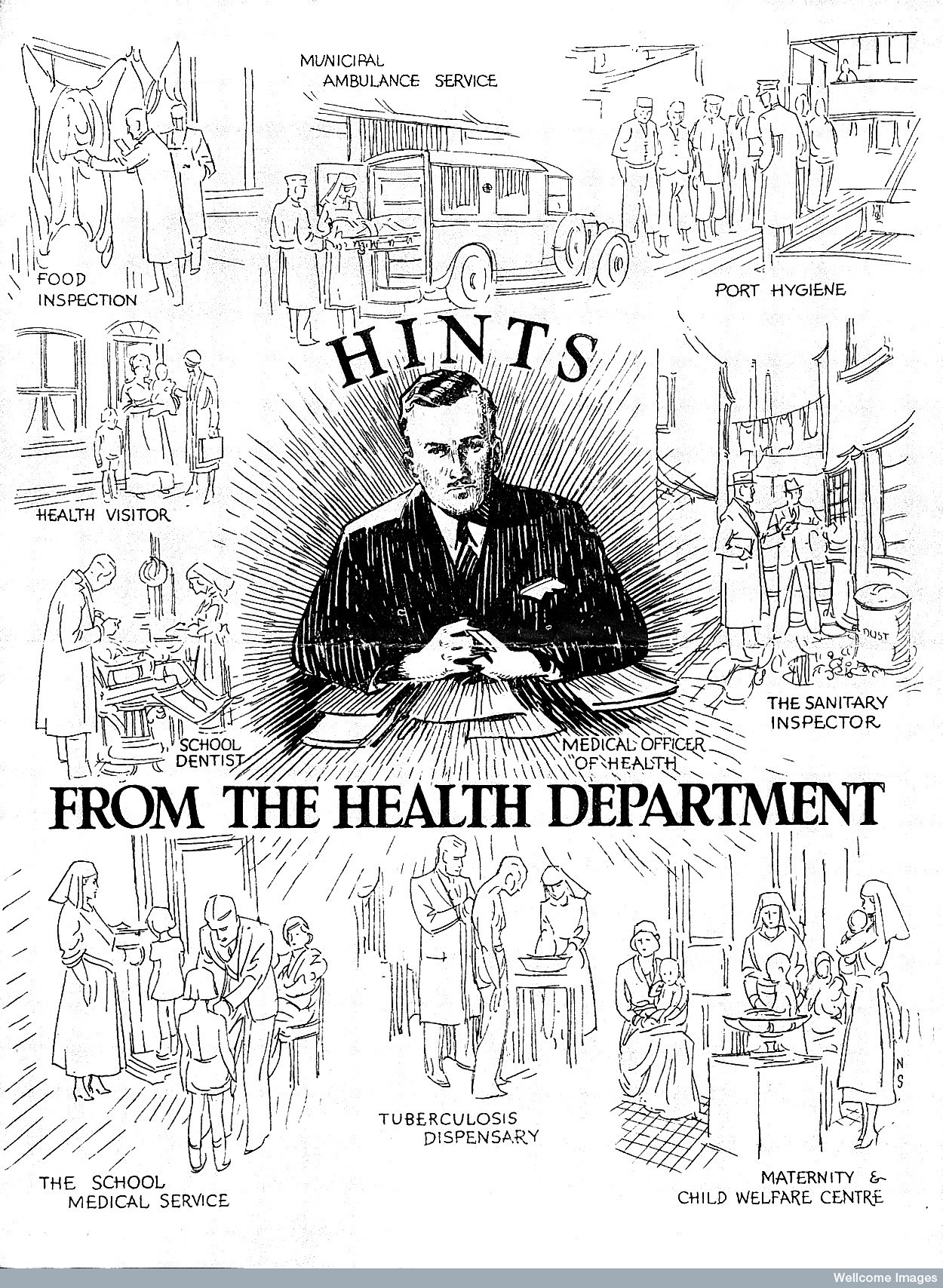 ‘what are the prospects for those who practise in the public health services? Most people will admit that the practice of preventive and social medicine must be more closely linked with the medical care of the individual, and that it should, therefore, be in the hands of the family doctor because he is the one person who can regard the family as a unit, and his patient as a member of that family. On the other hand, preventive medicine has a community aspect, which is no less important – the prevention of disease and the promotion of health. These wide acres of public health have been cultivated by several generations of faithful medical officers of health.’2

What Bevan seemed to be suggesting was that both GPs and the MOH had a role to play in public health. Where the division seemed to lie was that the GP was interested in the individual patient and his or her health, whereas the MOH was concerned with disease prevention and health promotion at the community level.

Despite all of the change in the organisation of public health services, we can find some continuity in their purpose. Preventing disease and promoting good health are core aspects of public health services today just as they were for Bevan, over 70 years ago. The agency currently charged with overseeing public health in England, Public Health England (PHE), describes its role as being to ‘protect and improve the nation’s health and wellbeing, and reduce health inequalities’.3

PHE’s emphasis on reducing health inequalities hints at another set of responsibilities for public health services in addition to protecting and improving the nation’s health. We will explore the history of inequalities in relation to public health later in the course, and, as we will see in the next step, socioeconomic factors have an impact on some of the key challenges to improving public health.