In this article Dr. Martin Gorsky discusses the public health services available from 1948-1974 in Britain. 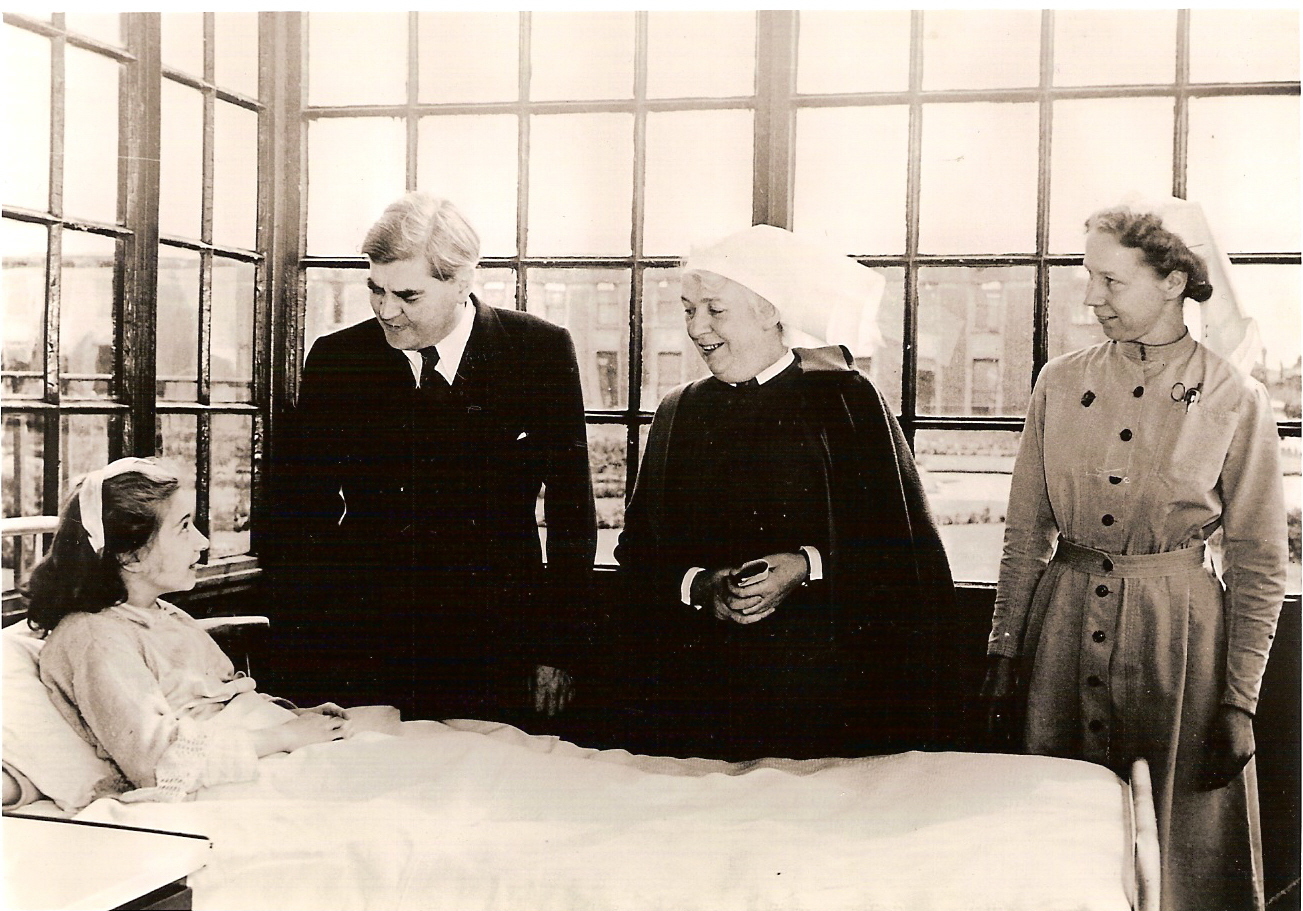 Here Martin Gorsky, Deputy Director of the Centre for History in Public Health, discusses public health structures, explaining why public health services were located in local government rather than the NHS, the role of the Medical Officers of Health and reasons for the decline of public health.

In 1948, when Britain’s NHS was launched, it was decided that public health departments would be located outside the service, in local government. Since the nineteenth century, protecting the public’s health had primarily been the task of city, town and county councils. Funding from local taxes had put in place the sanitary reforms that cleaned up the urban environment of Victorian Britain, and a new post was created, the Medical Officer of Health (MOH), for trained specialists.

By the early twentieth century a range of additional duties was taken on, especially in the biggest cities. These included isolation hospitals for infectious diseases like typhoid and scarlet fever, clinics and institutions dealing with tuberculosis, a school medical service, venereal disease clinics and a host of maternal and child welfare facilities. In 1929 councils also took over the old Poor Law workhouses, and from these a network of municipal general hospitals and care homes developed. Once debate began about the shape of the NHS, many expected that it would be organised around local government, bringing existing services together with the hitherto independent voluntary hospitals and general practice. Yet this did not happen. GPs dreaded becoming public employees and clinical leaders feared local government control of hospitals would mean loss of power.

Aneurin Bevan’s compromise meant that when the NHS was launched in 1948, local government lost-out. All its hospitals and curative services were handed over to new NHS Boards. The GPs were under Executive Councils, meaning primary care was now in a separate silo from preventive public health. Bevan’s planned network of health centres, which might have linked them up, never materialised. Local government did retain some residual public health duties, such as vaccine programmes, maternity clinics, and community health services like home care. They also had their environmental role of providing sanitation, safe roads and so on, but with the decline of infectious diseases, these now seemed matters for engineers and inspectors – not health workers.

Historians debate how successful public health was in the UK from 1948-1974. During this time there were some achievements in areas like screening programmes and health education. A Clean Air Act was passed and MOHs introduced local smokeless zones, curbing the burning of raw coal in businesses and homes. Slowly this tackled the air pollution and related respiratory diseases that had tormented British cities since industrialisation. Additionally, citizens and politicians were becoming more aware about the population’s changing health status due to an annual report produced by the MOH for each local authority.

Furthermore, the profession of public health could not be blamed for the structural obstacles to success. Even though Bevan may have enthused about ‘preventive health services … because it is obviously preferable to prevent suffering than to alleviate it’, the organisation he created did not give them much priority. Instead, the imbalance of resources and preference towards curative activities meant that the NHS was really a ‘national sickness service’, in which prevention always came second.

The case against the local MOHs is that they did not take on board the insights of epidemiology and social medicine. This meant they were too slow to reorient their focus towards newer illnesses that increasingly overtook the old killers (infectious diseases). Now that cancer, heart disease, strokes and diabetes were growing in importance, new strategies to change peoples’ behaviours were needed. Yet the advances in areas like anti-smoking, road safety, and better diets did not come from public health officials but from pressure groups, consumer organisations, academic activists and concerned individuals. Nor had a new ‘mission’ for public health been set out. Back in the Victorian era, MOHs had taken on vested interests like slum landlords, reluctant taxpayers or unsafe food producers on behalf of the powerless. Yet now, they had abandoned this role of watchdog for the poor and critic of health inequality.

These debates prompt the question of what role an ‘official’ public health service should have, and what its priorities should be, an issue that is very much still with us today.