Learn about the challenge HIV/AIDS caused for public health in post-war Britain. 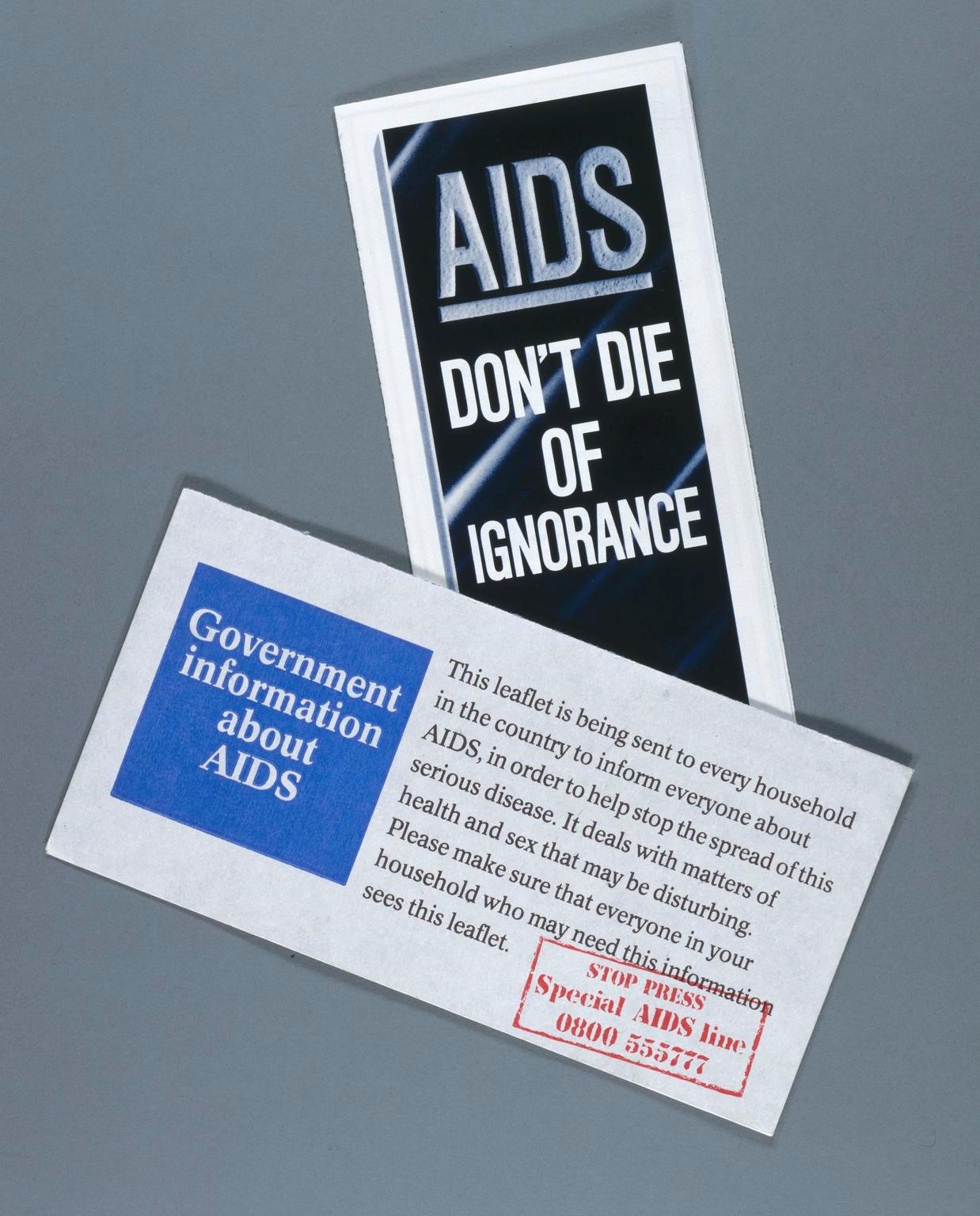 Just when epidemic disease appeared to have declined, HIV/AIDS emerged to provide a new set of challenges to public health. In this Step Professor Virginia Berridge, Director of the Centre for History in Public Health and author of AIDS in the UK, provides us with an overview of the emergence of HIV/AIDS in the UK during the 1980s, and how public health reacted. How did public health responses to HIV/AIDS change over time?

By the 1980s epidemic disease as a public health issue seemed to be a thing of the past. However, this view of public health changed when a new disease came on the scene. In 1981, the first reports of something called ‘gay compromise syndrome’ appeared in the US Communicable Disease Centers(CDC) Mortality and Morbidity Weekly Report (MMWR). For many gay men initially the threat seemed remote and unlikely to affect them personally.

The first deaths in England

In the UK, news of this disease filtered through and the first deaths occurred. One of these was of Terrence Higgins, a 37 year old computer programmer who died in St Thomas’ Hospital in July 1982 surrounded by strict infection control techniques (double barrier nursing) and fearful staff. His death led to the founding of the ‘Terry’, later Terrence Higgins Trust, one of the first voluntary organisations in the AIDS field.

After this, an organised gay response developed: the Lesbian and Gay Switchboard was important in providing information on this unknown disease, as well as the organisation Body Positive. Cases began to appear in London hospitals and a diverse range of clinicians and scientists developed early expertise. They ranged from specialists in the sexual health field, to immunologists and virologists, with epidemiologists providing early information about who was suffering and dying from the disease.

The discovery of the virus

There was also an attempt to understand what the agent causing this disease might be, and an inkling that it might be a virus. In 1983 and 1984 the viral agent responsible for AIDS was discovered in France and the US. At the time it was given various names which ultimately coalesced into the agreement to call the virus HIV (human immunodeficiency virus). Soon after, it became possible to test people for the virus and it became apparent that there were wider dangers of spread, apart from men who have sex with men, to the general population.

A particular concern was the threat to the blood supply because of contaminated donation. In particular, there was concern about the treatment of haemophiliacs with HIV contaminated blood products.

Testing also made the extent of HIV infection among drug users visible. In Scotland in 1985 when the blood of drug users in Edinburgh was tested, 83 out of 164 heroin users were found to be seropositive (HIV+), a rate of 50%. Such a rate of spread had worrying implications.

An expert advisory group on AIDS (EAGA) had been set up in 1985 in the Department of Health with input from clinicians and scientists involved. The Chief Medical Officer, the main public health government official, Sir Donald Acheson, led the group. Despite the level of expertise, the committee faced many problems. They included the attitude of sections of the press, which called for a punitive response to HIV/AIDS; initial lack of political interest; and the danger that, if political interest were awakened, the Conservative government led by Prime Minister Margaret Thatcher might take a punitive stance. Issues such as segregation and quarantine were freely talked about.

In 1986, a sense of national emergency materialised, and developed high-level political interest on the subject. A Cabinet committee on AIDS was set up, a major health education campaign was initiated, funds were released for research, and the main health education body, the Health Education Council, was reformed as the Health Education Authority. Despite this progress, there were still powerful calls for a punitive approach, such as when the Chief Constable of Greater Manchester, James Anderton, spoke of people ‘swirling in a human cesspit of their own making’. However, the general tenor of the government response was pragmatic- focussing on safe sex rather than no sex, and safer drug use rather than no drug use. This liberal response was influential at the international level too and was promoted through AIDS specific organisations set up as part of the World Health Organisation (WHO) and the United Nations (UN).

AIDS as a chronic disease

This high-level response lasted throughout 1987, but later it faltered. The threatened epidemic did not happen and fears of a ‘national emergency’ died away. Politicians began to wonder whether they had over reacted, although the lack of an epidemic was credited to the thrust of the government response.

Eventually, the view of AIDS as a public health issue began to normalise, and the condition was seen as more of a chronic disease. Advances made in HIV/AIDS research underpinned this drastic change of view. Although, the much heralded AIDS vaccine did not appear, advances in treatment began with the use of AZT (azidothymidine), a drug initially developed during the 1960s by Burroughs Wellcome. The trials and treatment of the early 1990s forged a new identity for HIV/AIDS, at least in western countries, where treatment with a combination of drugs became possible. AIDS was a global issue by that decade and in non-western countries the responses and the issues at national levels were rather different.1