The environment and health 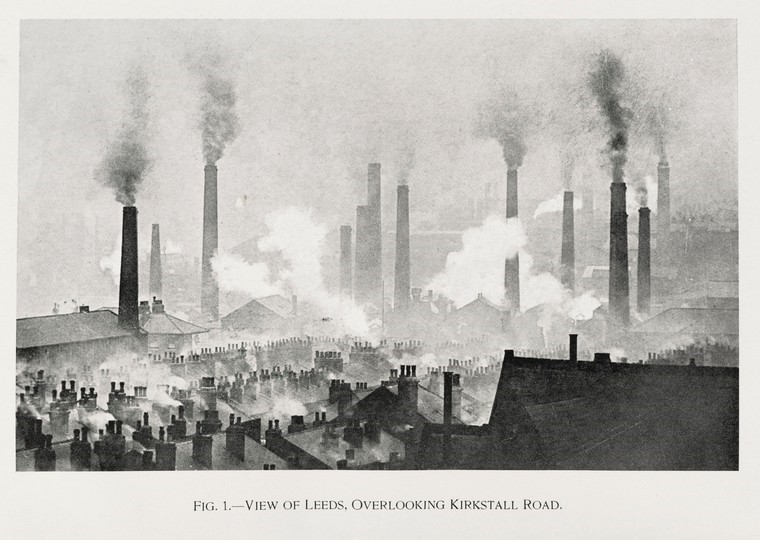 Ever since the Greek philosopher Hippocrates wrote Airs, Waters and Places in 400 BCE, people have known about the influence of the physical environment on health. In the nineteenth century, polluted water posed a major threat to public health. A series of environmental measures, such as the introduction of sewers and the provision of clean water led to significant improvements in collective health in Britain and other industrialised nations. In the twentieth century, environmental issues seemed to take a back seat as public health authorities homed in on individual behaviour and lifestyle factors as the causes of chronic disease. That did not mean, however, that the environment totally disappeared as a source of concern. Rather, the kinds of environmental issues thought to have an impact on public health changed.

Air Pollution and the Great Smog

A powerful demonstration of the continued influence of the environment on health was provided by the Great Smog. In December 1952, climatic conditions combined with smoke from coal fires led to the development of a thick layer of smog over London and other cities in the UK. The smog was so thick that public transport was suspended, and football matches were cancelled. Breathing this polluted air had significant health consequences. Official figures at the time estimated that 4,000 people died from respiratory problems, although more recent analysis suggests that the death toll may have been as high as 12,000 people1. The government convened an expert committee to investigate, and they identified the domestic coal fire as the main contributor to smoke production. To combat this, the Clean Air Act was introduced in 1956. The act aimed to control domestic and industrial smoke production, setting standards for air quality and smoke emission. The act also allowed local authorities to introduce smoke-free zones within which only smokeless fuels could be burned. These measures led to a marked improvement in air quality.

The Clean Air Act was also an important precursor to the development of thinking and action on the environment. In the 1960s and 1970s, environmental issues began to garner more attention. This was prompted by the development of environmentalism as a strand of political thought and the creation of groups and organisations associated with this. Non-Governmental Organisations like Greenpeace and Friends of the Earth were established and they pressed for the environment to be seen not as something to be exploited, but to be protected. Health figured in environmental thinking and action, but from the 1970s-1990s, this tended to operate at the global, rather than national, level. The global nature of environmental issues was underscored by a series of man-made disasters such as the explosion at a nuclear power plant in Chernobyl in 1986, and also growing concern about the impact of climate change on health. The second report of the Intergovernmental Panel on Climate Change, published in 1996, devoted a chapter to the potential risks to health, and health issues are now paramount in discussions about how to mitigate the effects of climate change at the global and national levels.

The environment and behaviour

Since the 1990s, environmental issues have played more of a role in UK public health policy and practice. One place where this can be observed is in a greater recognition of the role of the environment in shaping health behaviours. In recent years, for example, attention has begun to focus on the influence of ‘obesogenic’ environments in the development of chronic illness. Factors such as the concentration of fast food outlets, built environments that encourage car use and discourage active travel, have been shown to shape individual behaviour. Some policies have been developed to alter the environment and ‘nudge’ individuals towards healthier practices. This might be at the microlevel, by providing only healthier food options in a workplace cafeteria, or at the macrolevel, such as dissuading people from driving cars in city centres. The environment and its impact on health, can, therefore, involve many different elements and many different kinds of spaces.

Given how broadly ‘the environment’ and its impact on health can be defined, is it still a useful concept to use when thinking about the challenges facing the public and its health today?

What are the main environmental health issues in the place where you live? Are these new developments, or have they long been a challenge for public health?

How might environmental issues interact with other influences on public health, such as socioeconomic inequalities?