Find out more
Home / IT & Computer Science / Literature in the Digital Age: from Close Reading to Distant Reading / What is the matter with matter?

What is the matter with matter?

In this article Prof. Philipp Schweighauser presents terms and concepts relevant to the study of the materiality of books.
© University of Basel

Since the 1980s, scholars of modern literature have begun to devote increasing attention to those features of books that medievalists and Renaissance scholars have always considered crucial: the stuff that books are made of (e.g. their size, weight, type of paper, and binding) and the texts that surround the text proper (e.g. the cover, the copyright pages, marginalia). 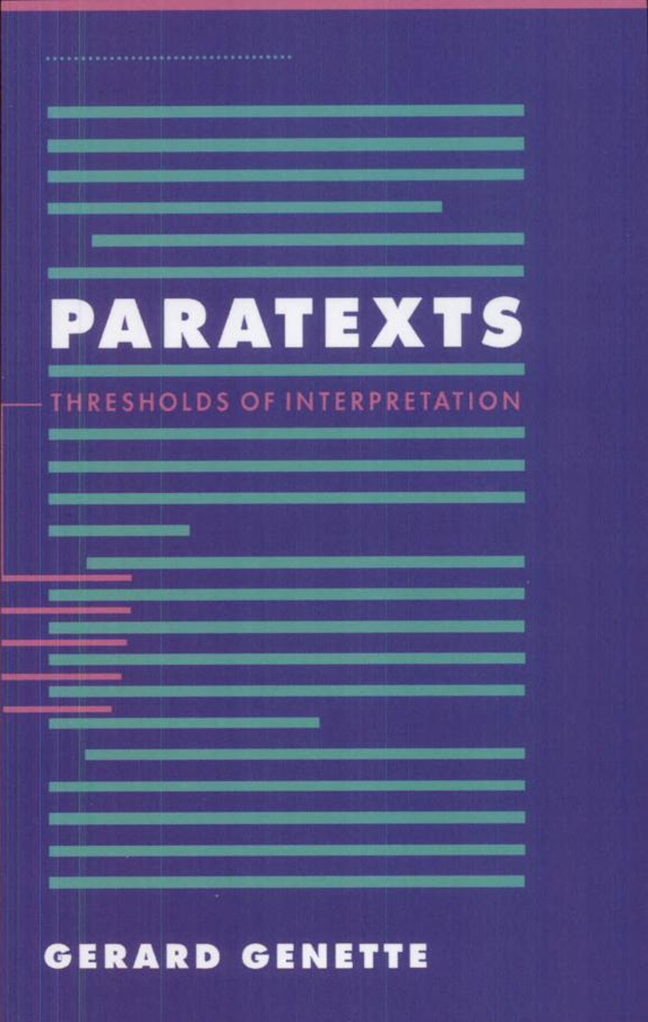 The French literary theorist Gérard Genette coined the term paratext to name all those texts. Paratexts are the portals through which we access the text proper:

A literary work consists, entirely or essentially, of a text, defined (very minimally) as a more or less long sequence of verbal statements that are more or less endowed with significance. But this text is rarely presented in an unadorned state, unreinforced and unaccompanied by a certain number of verbal or other productions, such as an author’s name, a title, a preface, illustrations. And although we do not always know whether these productions are to be regarded as belonging to the text, in any case they surround it and extend it, precisely in order to present it, in the usual sense of this verb but also in the strongest sense: to make present, to ensure the text’s presence in the world, its ‘reception’ and consumption in the form (nowadays, at least) of a book. These accompanying productions, which vary in extent and appearance, constitute what I have called elsewhere the work’s paratext. […] Accordingly, the paratext is what enables a text to become a book and to be offered as such to its readers and, more generally, to the public. (1)

For Genette, paratexts are, as the subtitle of his monograph has it, ‘thresholds of interpretation’ in that they significantly shape our reading experience, including our attempts to make sense of what we read.

View Course
In a series of interventions in the 1980s and 1990s, the German scholars Hans Ulrich Gumbrecht and Ludwig Pfeiffer invited us to focus on another often neglected element of literary experience: ‘the materialities of communication,’ which Gumbrecht and fellow scholars defined as ‘all those phenomena and conditions that contribute to the production of meaning, without being meaning themselves’ (8). In a roughly McLuhanesque vein, scholars such as Gumbrecht focus on how ‘different media − different “materialities” − of communication would affect the meaning that they carried’ (11). Gumbrecht and his colleagues ‘no longer believed that a meaning complex could be separated from its mediality, that is, from the difference of appearing on a printed paper, on a computer screen, or in a voice mail message’ (11–12).
More recently, in a special issue of Representations, the flagship journal of the New Historicism, Stephen Best and Sharon Marcus introduced the term surface reading to name a kind of reading strategy that focuses on the surfaces of texts, i.e., on ‘what is evident, perceptible, apprehensible in texts; what is neither hidden nor hiding; what, in the geometrical sense, has length and breadth but no thickness, and therefore covers no depth. A surface is what insists on being looked at rather than what we must train ourselves to see through’ (9).
For Best, Marcus, and the scholars they assemble for their special issue, Gumbrecht and Pfeiffer’s focus on the materialities of communication is one of several types of surface reading. Here is what Best and Marcus write in ‘Surface Reading: An Introduction’:

Surface as materiality. This kind of surface emerges primarily in two forms − in the history of the book and in cognitive reading. Bibliography attends to the literal surfaces of books themselves, making signs inseparable from their material supports. Histories of reading, publication, and circulation study books as things that link their producers, sellers, and users. Cognitive studies of literature attend to the material workings of the brain during the reading process and show how writing prompts readers to imitate what Elaine Scarry calls ‘the material conditions’ that structure perception. (9)

Note that ‘surface as materiality’ (which roughly corresponds to Gumbrecht and Pfeiffer’s ‘materialities of communication’) is only one of the six meanings of ‘surface reading’ that Best and Marcus discuss. In our course, we focus only on this type, i.e. surface reading as an approach to literary texts that takes account of their materiality: their physical surfaces, how they feel in our hands, how they smell. This is covered in the first half of the quote, where Best and Marcus single out the history of the book as one field where the materiality, the ‘thinginess’ of books is considered. In the second half of the quote, another, very different meaning of ‘materiality’ is evoked via Elaine Scarry, whose book ‘Dreaming by the Book’ inquires into how physical, material processes in our brains (think of neurons firing) enable readers of literary works to transform, in their minds, the textual surfaces of books into three-dimensional fictional universes in which they take imaginary strolls.