Find out more
Home / Science, Engineering & Maths / Maths / An Introduction to Recreational Math: Fun, Games, and Puzzles / The rules of the Game of Life

The rules of the Game of Life

This video explains all the rules needed to explain the Game of Life. Once you’ve watched the video you can play life on one of the online Life simulators. It will give you a feel of the game.

When John Conway invented the game, he chose the rules of survival, death and birth very carefully, after checking many other sets of rules. Most sets of rules led to too many deaths, or too many births. The rules that Conway chose in the end turned out to be the most interesting. In fact, mathematicians proved that the Game of Life is so ‘complete’, that it is what’s known as a Turing machine

Even though there are only a few, very simple rules, it is surprising to see how many complicated and interesting patterns evolve in Life. Oscillators, Still Life and patterns that become extinct are all common in Life. Are there patterns where the number of cells grow infinitely? Initially, Conway didn’t believe this could happen, so he offered a prize of $50 to anyone who could prove or disprove the existence of an “infinite” form. In November 1970 a group of researchers from MIT, led by Bill Gosper claimed the prize. They discovered a life form, called a “glider gun”, a pattern that”fires” a new glider every 30 generations. Since each new glider adds five (new) live cells to the original form, the population of living cells grows forever. Here is a glider gun:

Methuselah patterns stabilize only after many generations. Here is an example of a Methuselah that stabilizes after 386 generations, to become four still Lifes and eight oscillators. 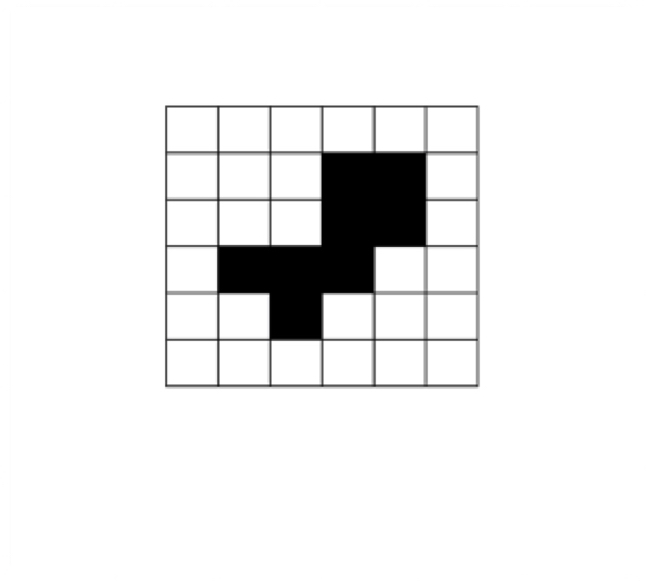 A Garden of Eden is a pattern that does not have a predecessor (sometimes called a “father pattern”), so it can only be the 0’th generation. Here is a ‘Garden of Eden’: 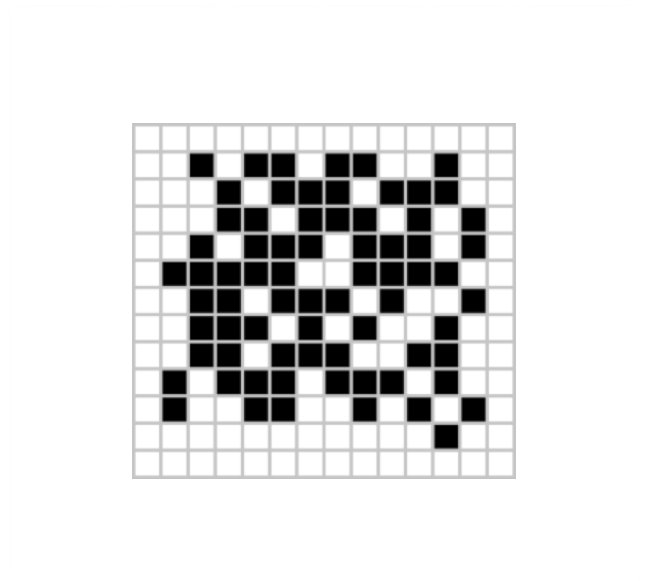 Only a few “Gardens of Eden” have been found to date. Why is it so difficult to search for Garden of Eden patterns? Conway’s rules are easy if we want to go forward from one generation to the next, but it is much more complicated to do the reverse – and go back in time… In other words, given a certain pattern, it is very difficult to find out what the previous generation was. One of the reasons for this is that many times a given pattern will have two or more predecessors. My own puzzle ‘Retrolife’, which you can read about in the next step, is based on the idea of “Gardens of Eden’.

The following Game of Life pattern evolves at some time into a distinct number. What is the number? 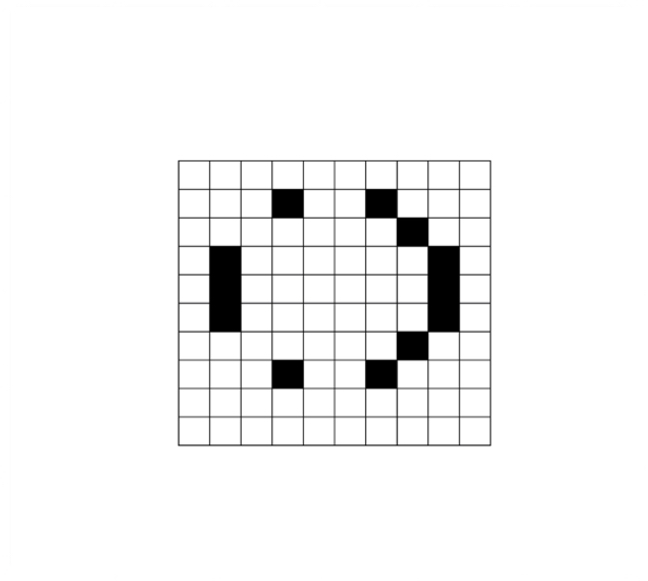