What is the relevance of polarization in a range of SRHR examples? In this article, Dr Brenda Bartelink examines this question. 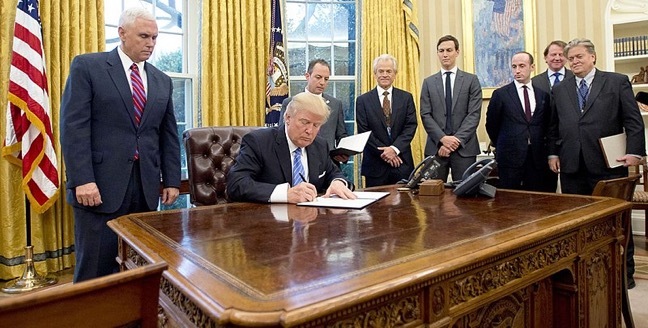 On Monday January 23 2017, the then US president Donald Trump signed the Mexico city policy, an executive order banning international NGOs from providing abortion services or offering information about abortions if they receive US funding. This measure severely affected women’s access to sexual and reproductive health and rights (SRHR) services across the globe, and in the Global South in particular. 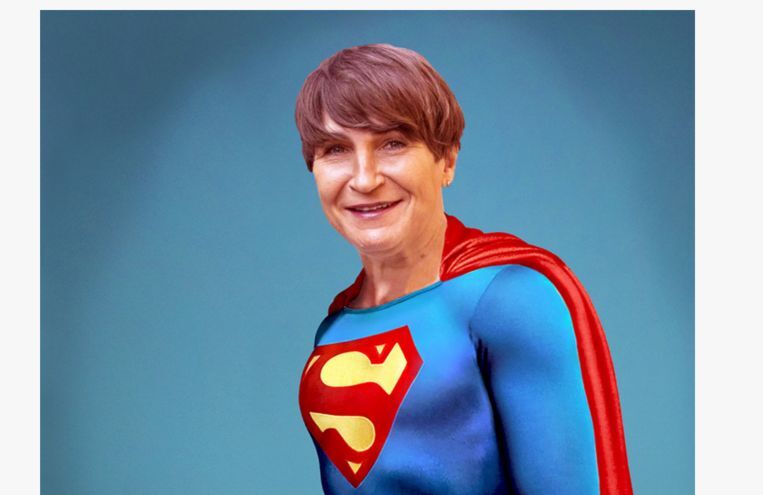 Picture of Super Ploumen via Trouw.

In that same week Dutch Minister of International Trade and Development, Lilianne Ploumen took a stand against President Trump’s decision to reinstate the policy, also known in the international development community as the Global Gag Rule. She launched the She Decides fund to give women in developing countries access to good information on reproductive health, including abortion, which received coverage in international newspapers. She was heralded in the Netherlands as Super Ploumen for standing up for women’s rights.

In the first photograph we see former US president Donald Trump, surrounded by white men, signing a memorandum that determines what women around the world may or may not do with their own bodies. In a response later that week, the Dutch Minister Ploumen made the international newspapers (such as The New York Times, The Guardian and the Washington Post) with what was called ‘The Abortion Fund’. While Ploumen’s response was praised in the Netherlands, as we can see in her depiction in Dutch media as Super Woman, it is also problematic. Together these images make visible a polarization around the issue of women’s sexual and reproductive health and rights. We only have to browse journals, newspapers and digital media in a particular context, to observe this polarization.

Reading the news in the Philippines

In 2020 the Commission on Population and Development in the Philippines ‘revealed an astonishing statistic: Every week, about 40 to 50 Filipino children between the ages 10 and 14 give birth’.. In addition, according to research, 59% of the Filipino’s considered teenage pregnancy the most important sexual and reproductive health problem. These statistics led to coverage in diverse media across the country. SRHR NGO Roots of Health suggests that young people lack the knowledge on contraception, and cannot access contraceptives.

Meanwhile, we can also read that legislation introduced to address teenage pregnancy and promote access to SRHR services are contested and are ‘pending in Congress’.. These bills legalize a range of measures to prevent unplanned pregnancies, including access to birth control for minors without parental consent, as well as good quality sexuality education in schools.

Older media articles help us understand why these laws do not pass. Apparently, access to contraception without parental consent and the inclusion of sexuality education in schools is met with objections from religious organizations that see this as conflicting with their religious identity. Resistance to earlier versions of the Reproductive Health Bill go as far as to vilify prevention of pregnancies and spacing of children as secularist or western imperialist attacks on Filipino family values.

The family, and the roles of parents in particular, seem to be the focus of critique. In the Cordillera where the incidences of teenage pregnancies are the highest, the Baguio Herald Express interviews a school medical officer. stating that ‘those who have a history of teenage pregnancy are those who have problems inside their families’. She claims that young people get pregnant to get their parents’ attention and hence suggests parents should take more responsibility in that regard. She rejects the claim that there is a lack of sexual knowledge or that the quality of sexuality education should be improved. An op-ed piece in the national media also suggests that an underlying problem is that parents do not talk to their children about sexuality: parents fail to teach sexual abstinence to their unmarried children. This also silences sexual abuse.

Reading the news in Zimbabwe

In November 2020, the media reported that an NGO coalition under the name of Advocacy Core Team had petitioned the House to give young people from the age of 12 access to reproductive health services, including HIV testing and contraceptives (see https://www.sundaymail.co.zw/contraceptive-debate-rages-on). The article speaks of fierce support for and opposition to the petition, while the Parliament has been attacked by sanctimonious morality Tsars (…) for entertaining this “morally reprehensible” petition.

Earlier in 2020 the Sunday Times reported that adult women in Zimbabwe tend to use birth control pills, while rising prices have resulted in a higher rate of unsafe abortions leading to health problems and increased mortality. Being pregnant includes significant health risks for women in Zimbabwe, while unplanned pregnancy is even more detrimental as access to safe abortion is hardly an option (see https://www.herald.co.zw/lets-break-the-silence-on-abortion-and-save-lives/). Yet, sexual education and access to reproductive health services for young people is highly contested.

Similar to the Filipino media, it can be observed that critique on petition has two typical characteristics: 1) an emphasis on family values as Zimbabwean and 2) suspicions of foreign agendas underlying reproductive health policy.

An example of the first is this op-ed piece by Dr DavidzoyaShe Makosa, a medical doctor and obstetrician/gynecologist who also introduces herself as a mother to adolescents. She writes about the health and social risks of ‘teenagers indulgence’ in sex. Suggesting that teenage sex is the root cause of violence and rape as well as unplanned pregnancies, she argues in favor of teaching young people to abstain from sexuality. In another piece, starting and ending with quotes from the Christian Bible, she argues that moral values and discipline in families will ensure better a wellbeing for youth, families and the nation state.

An example of the second is mentioned in the first article that refers to the critics of the aforementioned petition suggesting – without credible evidence, that the petition was part of a conspiracy between foreign donors, local NGOs and Parliament to “rupture the country’s moral fabric and social structure”. This rhetoric goes back to earlier controversies over contraceptives in 2014, following the Registrar-General Tobaiwa Mudede’s speech in a church in which he urged women to stop using contraceptives. He referred to contraception as a scheme by powerful nations to retard population growth and weaken the Zimbabwean nation, through disturbing the natural cycles of women’s bodies.

Reading the news in the Netherlands

At the start of this text, we looked at the picture of the Dutch Development Minister Ploumen in 2017, represented as Super Woman. If Dutch policymakers focus on sexual and reproductive health and rights across the globe, does that mean that we do not find news on teenage pregnancy in the Dutch media?

On 20th October 2020, we can read on the website of the National Broadcasting Company (NOS) that the number of teen girls that get pregnant is rapidly decreasing. The National Knowledge Center on Sexuality ascribes this to the high quality of sexuality education.

Yet, news coverage on sexuality education and contraception suggests that the responsibility to prevent pregnancy falls largely on girls and women. Attention for sexual pleasure is rather limited and until recently female sexual organs, and the clitoris in particular were not even discussed in formal sexuality education that is given as part of the school curriculum.

We also read that in certain regions the number of girls that experience an unplanned pregnancy is higher than in other regions. Unplanned pregnancy is associated with lower ages of marriage and minority cultural or religious backgrounds. These same groups have for many years frequented the media with concerns about ‘immoral’ sexual behavior or rigid sexual norms. Several interviews with young mothers suggest that they experience discrimination and assault when it is publicly visible that they are pregnant at a young age. Furthermore, professionals as well as the general public assumes that they are flawed mothers which results in continued discrimination, surveillance, and bureaucratic hurdles once they have given birth.

Despite the reported successes and the positive representation of teenage pregnancy in the media as a result of this, reading the news in the Netherlands suggests that women and girls in the Netherlands do experience challenges in realizing sexual wellbeing, while the responsibility for preventing or coping with pregnancy and motherhood falls largely on their shoulders. We can also observe that these problems tend to be ascribed to particular cultural or religious minority backgrounds.

Media coverage in the Philippines and Zimbabwe we can shows how controversies around access to contraception for minors make polarization around sexual and reproductive health and rights of women and girls visible. Within these controversies many issues and insights come to the fore that will be further unpacked and explained in this course.

We can observe that the politics around access to health services includes a heavy focus on the responsibility of individuals and families. Families need to protect their children’s sexual morals and promote abstinence. Parents need to be more open about sexual matters and give information. And all of these things need to happen at the same time. Young people and girls in particular need to become responsible, make healthy decisions about sexuality, whether that is access to contraception or deciding to abstain and saying no to their partners. They are seen as the ones ultimately responsible for making decisions or not.

Many questions emerge from this. How do women and girls make decisions on the use of contraception when this is seen as against religious morality or good citizenship? Even if they want to, can they determine what happens to their own bodies? What if their parents do not support them? What if they encounter oppression and violence in their romantic and intimate relationships? What does it mean for girls to get pregnant when not married (yet)? Especially if we follow what these newspapers suggest, that parents are not involved enough in the (sexual) lives of their children to allow for open communication, how does a young woman talk to her family once she finds herself pregnant?

How women experience this, how they seek and receive support (or not) from their families and partners in these situations, and how they sometimes find themselves in situations where they have little influence, will be further discussed in Weeks 2 and 3. This week, we will further unpack why matters of sexuality are so controversial and often leading to polarization.