Pentecostals believe that God may heal through prayer. This article discusses how outsiders perceive these beliefs and frame them differently. 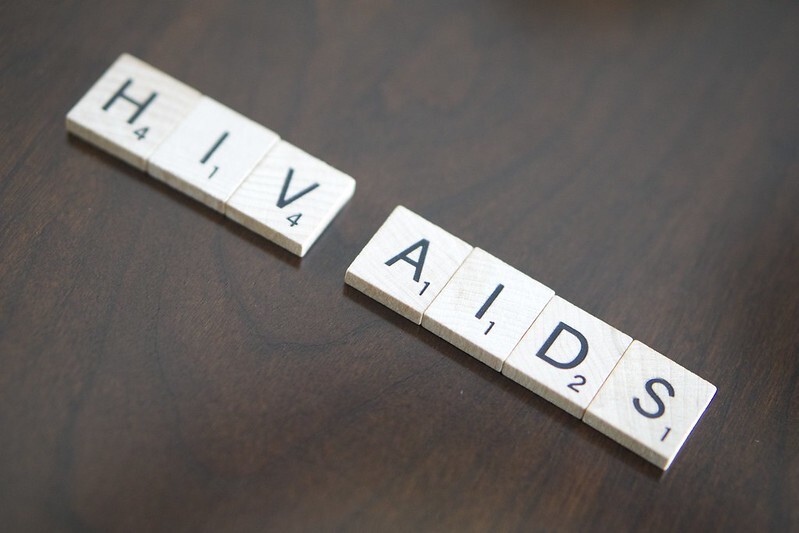 In the lecture by Jelle Wiering, we already came across examples of how religious and secular differences are emphasized in sexuality education in the Netherlands. In some cases this may lead to forms of polarization between religious and secular approaches to sexuality, as seemed to happen in Amsterdam in 2009.

During my research I (Kim Knibbe) witnessed how in 2009 a media storm arose in the Netherlands over the practice of “HIV-healings” in Caribbean and African-dominated Pentecostal churches in South-East Amsterdam. From the perspective of someone doing research with Pentecostals in this neighbourhood, the media coverage was puzzling, since neither I nor my colleagues doing fieldwork research with other Pentecostal churches had encountered any practices or events that could be called “HIV-healings”. So how did this impression then emerge?

Digging into the background of this media storm, I found the story of a Surinam-Dutch gay rights activist, Mikel Haman. He described several cases where men he knew had struggled to accept their homosexuality, had received counselling in Pentecostal churches and had been declared “healed” through prayer by a pastor. Some of these men had later contracted HIV through male sexual contacts, and some had infected their (female) partners. In addition, Haman noted that many developed severe psychological problems because of the conflict between their faith, requiring them to live a heterosexual lifestyle, and their homosexual orientation. For this reason, Haman wished to highlight the role of the churches in perpetuating an environment that discouraged individuals from being open about homosexuality and taking safety measures to prevent the spread of HIV (Knibbe, 2018, 654).

The situation that Haman describes here is fraught with challenges and complexities. For example, there is the fact of secrecy around same-sex sexual liaisons in a strongly heteronormative context, the fact that this was about people with a migration background, the ways the pastors of these churches are part of global networks of prayer. Most importantly, the fact that many Pentecostals in fact do subscribe to the benefits of modern medicine, but also believe in the healing power of prayer, was ignored. Indeed, the question how to address the relationship between sexuality, mental wellbeing and preventing the spread of HIV in these churches is an important one. In fact, the Amsterdam public health office had been working with religious leaders on the topic of HIV prevention and other health related issues for some time. Among other things, they had created a CD with songs on HIV prevention, the result of a competition between church choirs to come up with the best song on this topic.

However, the media attention the event elicited did not focus on these complexities or how to navigate them. Instead, the politicians and NGO’s picking up Haman’s story developed a notion that public homo-healings and HIV-healings were taking place and should be forbidden. This overlooks the fact that healing practices are a regular occurrence in many Pentecostal church services, and are usually offered to all congregants and not directed to specific “problems” or “ailments” unless the person asking for prayer specifies this. How could one forbid all prayers for healing?

In the escalation of this storm surrounding “HIV-healings”, the media contextualized the practices of Pentecostal churches and slotted these practices into schemes familiar to their Dutch audiences. To many ‘secular’ Dutch, talk of miracles is a clear sign of regression to pre-modern times. In addition, there is a firm belief that in order to promote sexual health, any taboos in speaking about sex should be broken.

In sum, the media controversy created a narrative among policy makers that the migrant communities attending these Pentecostal services needed to be ‘brought “up to date”’ and learn to distinguish their religion and culture from modern biomedicine and public health knowledge. This notion of bringing migrants “up to date” also came up in the documentary Dutch Lessons in Love, which we saw, and is intimately connected to Dutch colonial history, which will be discussed in the next step. 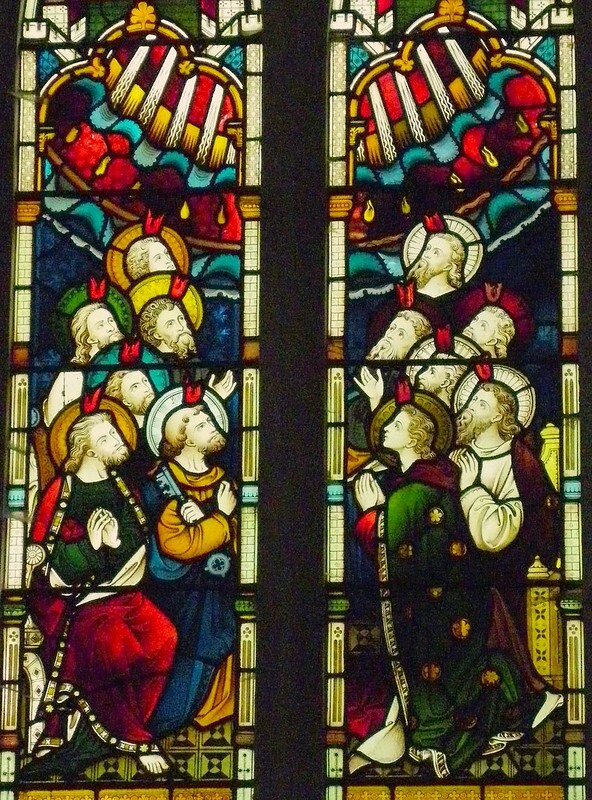 Depiction of Pentecost: Holy Spirit ascending on the apostles. Robin Croft via Flickr.

So what are the blind spots of this understanding that Pentecostal communities need to be brought “up to date”?

Despite the pressure to ‘forbid’ HIV-healings, the Dutch secretary for Public Health in the end did not take any action, since a report by the Inspectorate for Health could find no evidence that such healings were taking place.

The confusion around the case of the HIV-healings shows that academics, policy-makers, journalists and politicians need to seriously reflect on the assumptions underlying their attitudes toward religion.

In the case of the media’s approach to Pentecostal healing practices, their assumptions led to a removal of these practices from their original context, to be placed in a framework in which they (re)produced a stereotype of the backward, religious and black “other” that has to be brought up to date.

Can you think of any cases where the perceptions of outsiders have reframed certain (religious) practices related to gender and sexuality in a way that created more misunderstanding?

If you want to read the full original article, you can access the link below.