Between a dirty kitchen and a dirty planet

In this step we will describe the story of Anna and Ben and examine it as a smaller example of a much bigger problem. 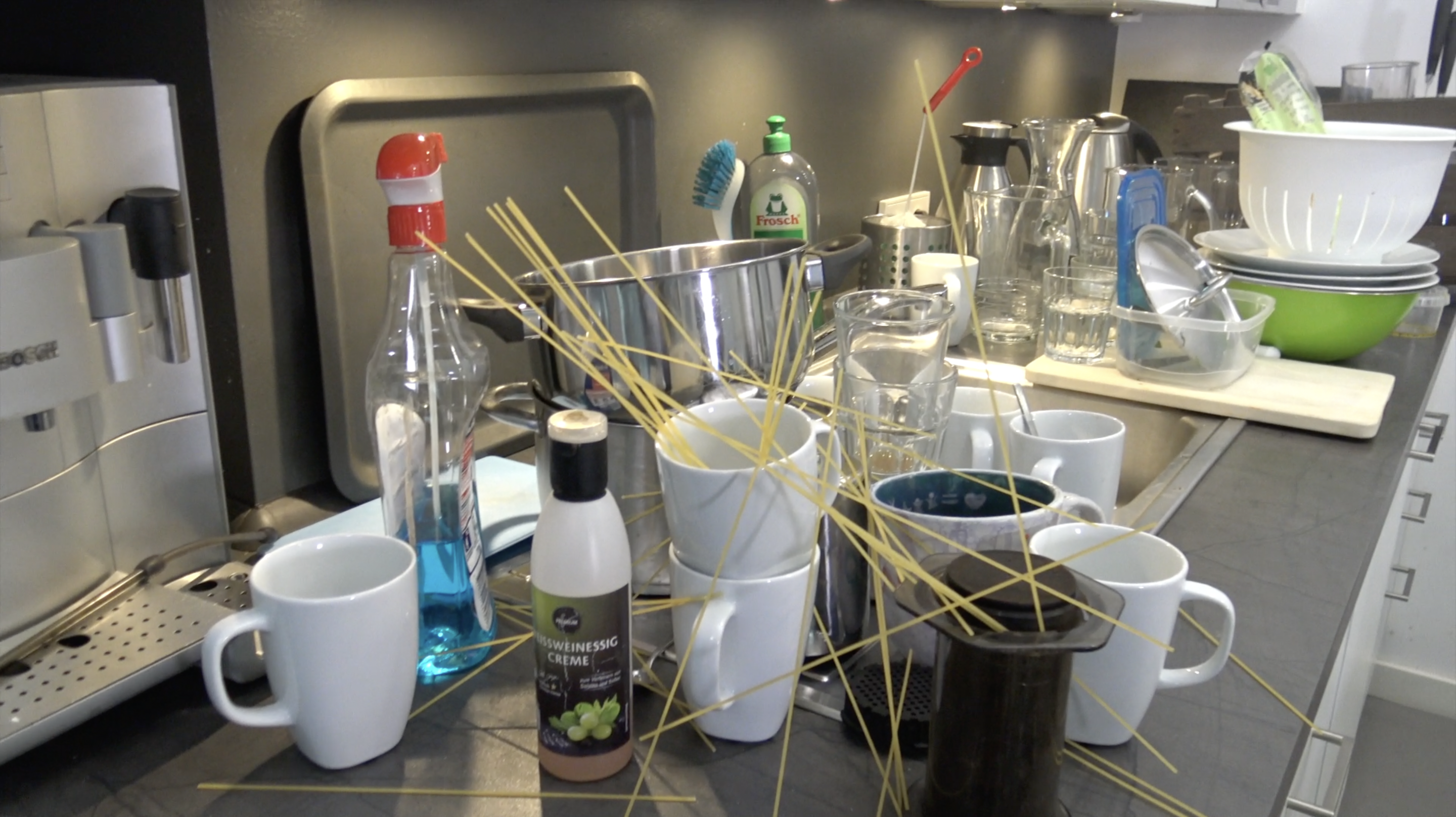 In this step we will describe the story of Anna and Ben and examine it as a smaller example of a much bigger problem.

Let’s revisit Anna and Ben’s kitchen. We saw that the situation has a paradoxical structure. On the one hand, it is in no one’s interest to clean up. On the other hand, if Anna and Ben both clean up, they will be happier than when none of them does. Following their individual best interest, Anna and Ben end up in a dirty kitchen and they don’t like it.

Let’s first see how they ended up there. First of all, they are both tempted not to clean, because they hope the other one will clean up. Second, they don’t want to be the one who cleans up alone. In the case of shared resources, similar feelings may appear. We may be tempted to enjoy the benefits of others’ behaviour, e.g. if many people are segregating trash, does it really matter when I’m not segregating it? Furthermore, we can also be afraid to be the only one who is doing what is right and this fear can discourage us. If people are not segregating trash, should I do it if I’m the only one? We will be exploring different social situations with such a structure in more detail later within this course.

Now, let’s look at the situation from a more collective point of view. What if neither Anna nor Ben are cleaning up? They would actually be better off if they had shared the work and cleaned up. And it’s quite obvious that it’s similar in many cases related to the environment. When people are doing what seems best from an individual point of view, it leads to problems that we all have to deal with: traffic jams, air and plastic pollution, loss of biodiversity, etc.

In order to analyse such situations it’s important to look at them both from an individual perspective and from a social point of view. Within the next steps we will be investigating different situations this way. It will also be an opportunity to introduce the basics of game theory, a theory that deals with analysing interactions.

Before we do that, though, can you think of a situation from your life that is similar to Anna and Ben’s story? Please share in the discussion section.