In this step we will describe briefly what game theory is, what are its basic characteristics and what it is used for.

In this step we will briefly describe what game theory is, what are its basic features and what it is used for. The fact is we’ve been already using a game theoretical model and concepts since the beginning of this week (!) starting with Anna and Ben’s struggle to keep the kitchen clean. In this step we will have a look at the theory itself.

Game theory is a mathematical theory used for analysing interactions – this is a very broad definition and in fact, the theory itself has a very broad range of applications: in economics, political science, psychology and also biology. Its name may remind us of board games or computer games but in fact, game theorists are not that much into “games” in a regular sense of this word.

In game theory we are analysing phenomena involving people (or companies or other entities) who are in a situation of interdependence. That means that the result of a situation depends on the choices made by those people. This is in opposition to situations where people’s actions are completely independent, so one person’s actions don’t affect other people (like 2 people buying cereal in different shops). It sounds very general and it is in fact pretty general as people usually are somehow connected. So, the word ‘game’ in game theory stands for an interaction, not for what we traditionally call a game.

Another important feature of game theory is that we usually assume that we’re dealing with rational agents (people, companies, etc.) and this assumption may sound discouraging. Are we really rational? But before you get discouraged, we have to note that “rational” in game theory does not mean selfish and calculating individual. It rather means that people try to get what’s better for them and avoid what’s worse for them. They can be selfish or selfless, like cleaning or not, be conformists or non-conformists. It’s up to them what they prefer. Rationality assumes that once they know what they prefer, they will try to achieve it.

This theory has its specific language.

In the kitchen-cleaning game there were 4 possible results: 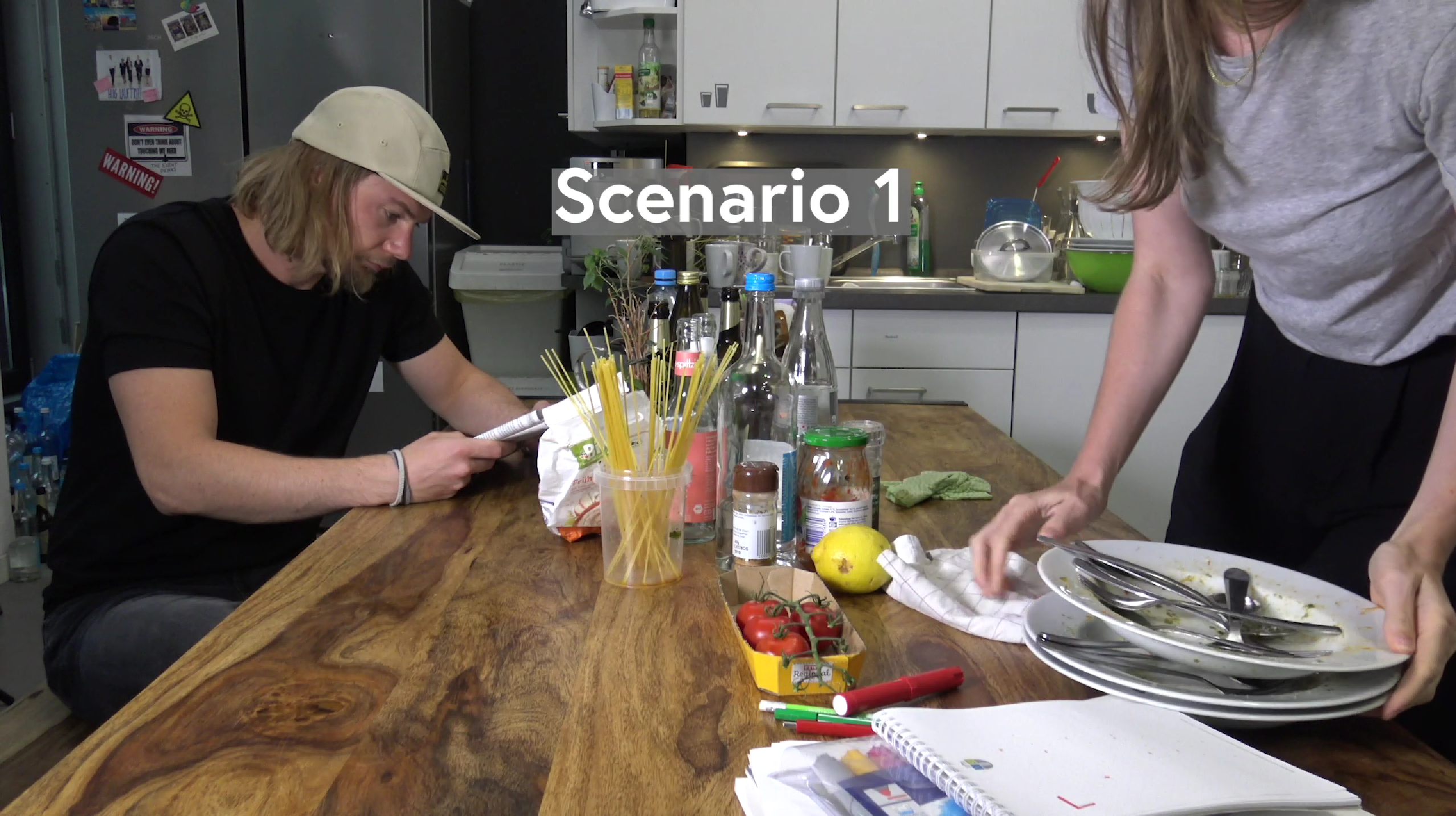 Scenario 1: Anna cleans and Ben does not. 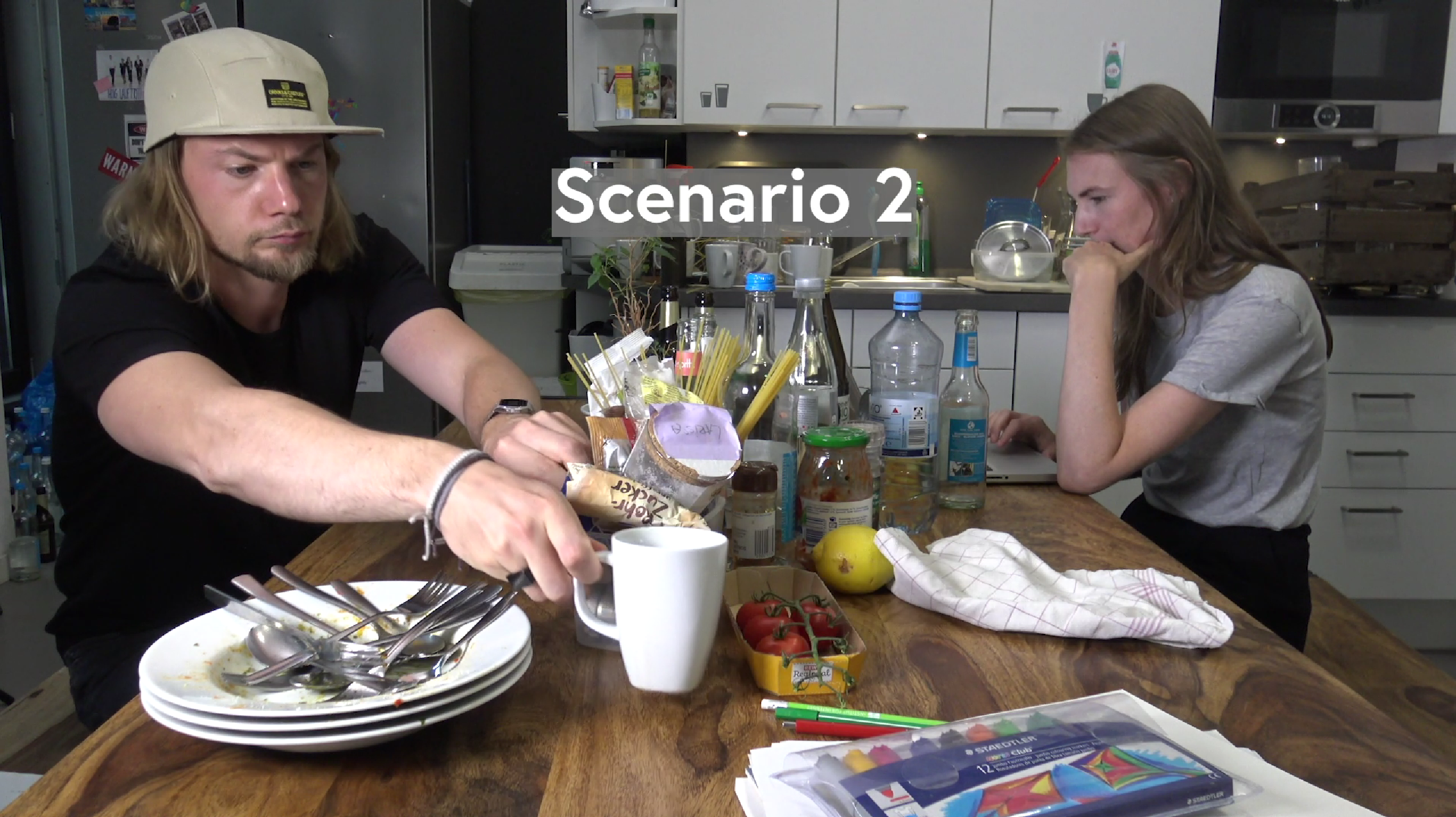 Scenario 2: Ben cleans and Anna does not. 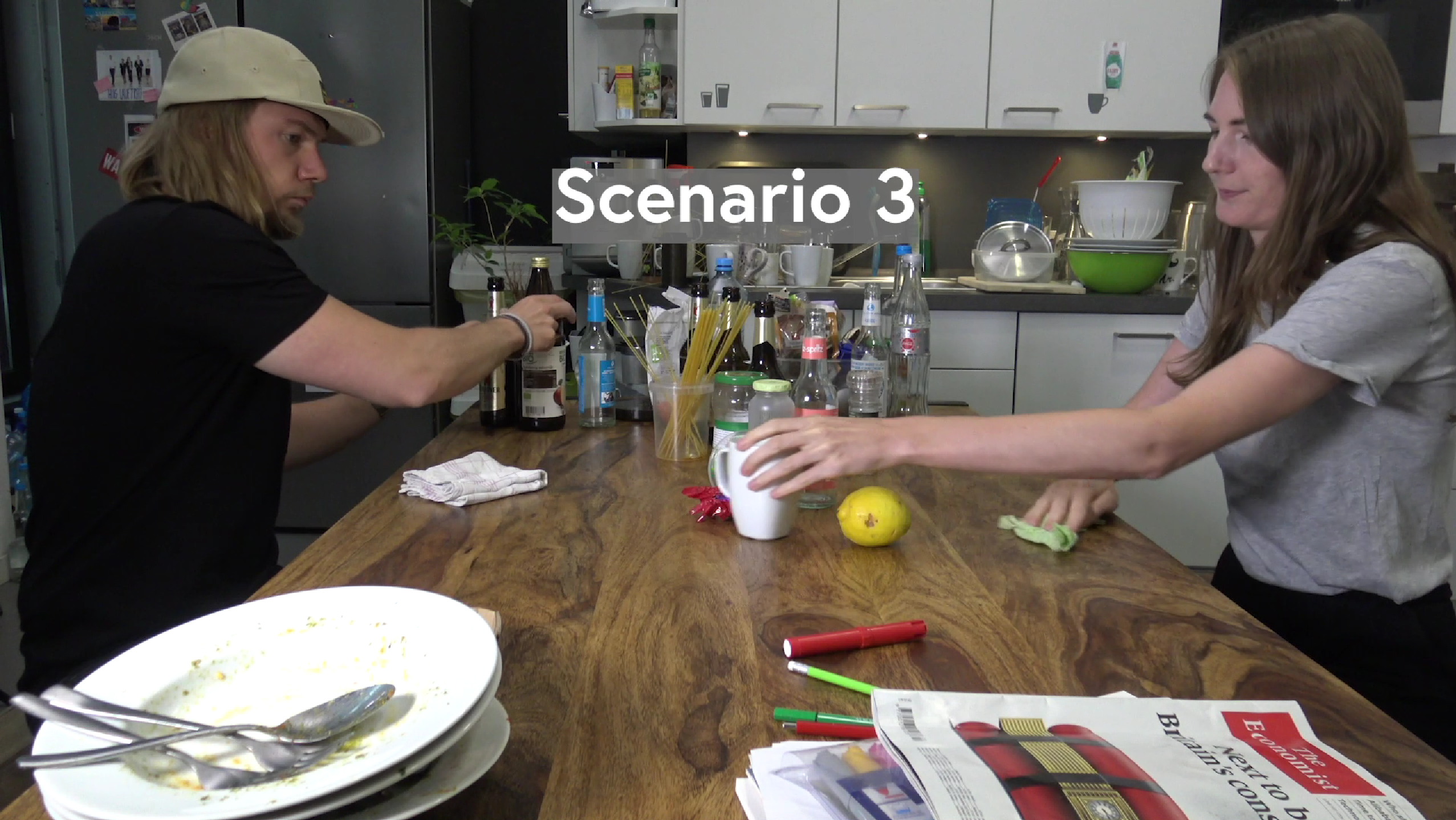 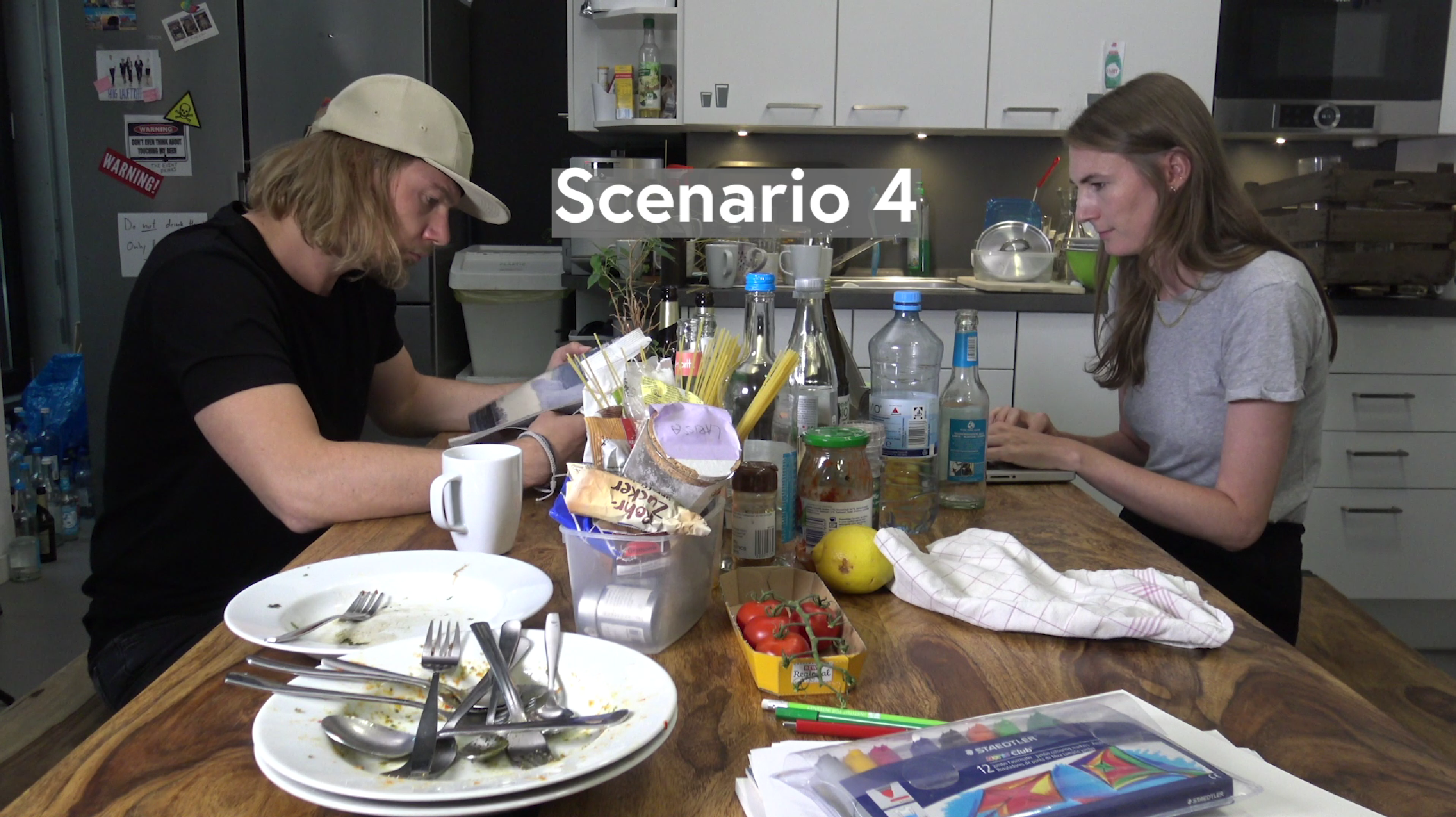 Scenario 4: Anna and Ben do not clean. 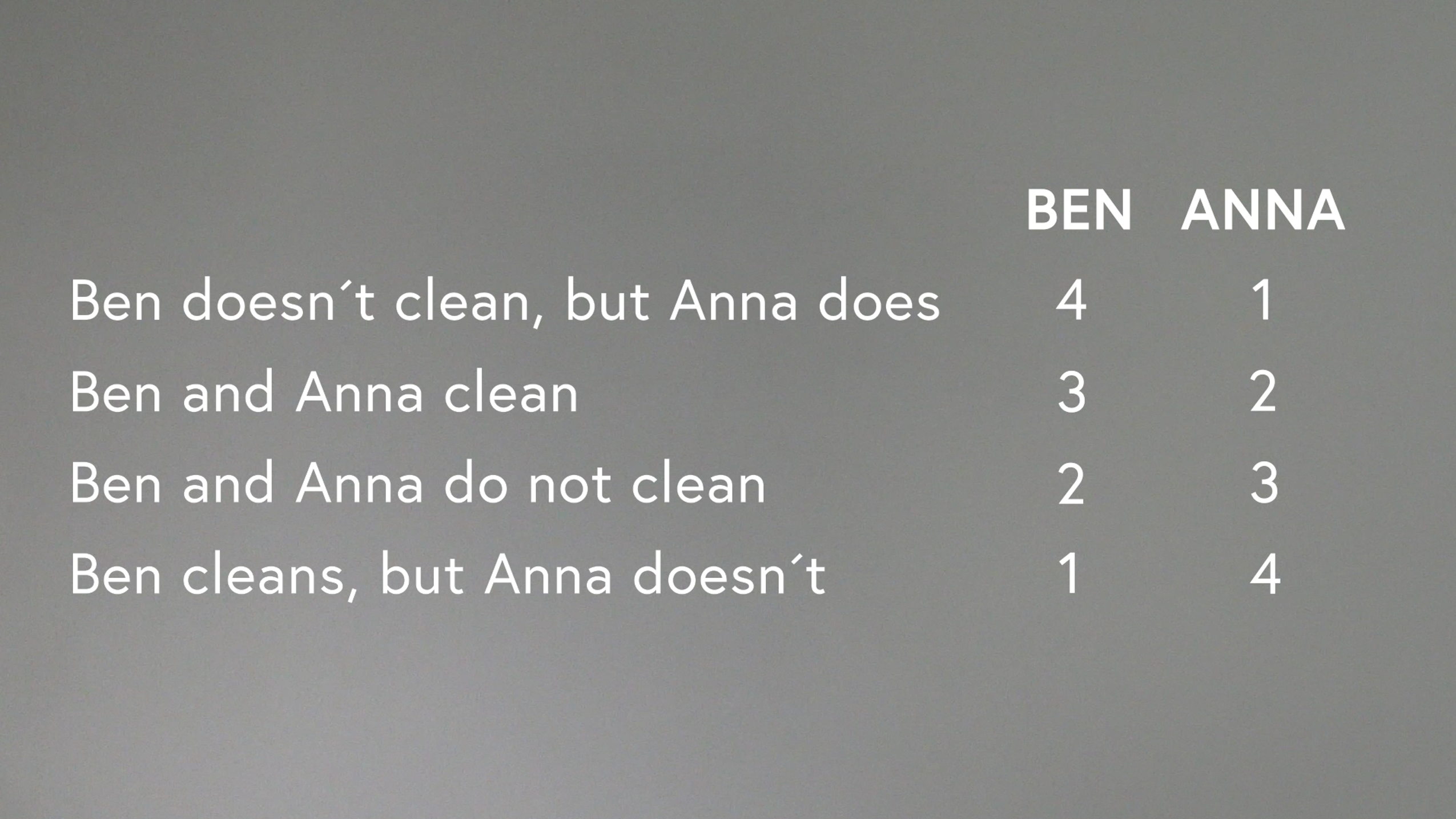 By drawing a table that is called a matrix and looking for the most probable ending of the game (equilibrium) we illustrated the basic problem with shared goods that people have to care about together.

In game theory, different situations involving two or more actors, depicting various scenarios can be analysed this way, by abstracting and formalising in a precise manner the most important elements of the interaction structure. As you can see in the kitchen-cleaning-game, abstraction means that we’re usually also simplifying those elements. In real life, people’s interactions are much more complicated and nuanced. The benefit of using game theory is that by simplifying we can illustrate the essence of a certain phenomenon or problem. We can also use it as “a stickman” that we can compare with reality.

The theory originated from the intersection of mathematics and economics and the first systematic formulation of this approach was a book titled The Theory of Games and Economic Behavior by John von Neumann and Oskar Morgenstern, published in 1944. This event is treated as the beginning of game theory. Nowadays game-theoretical tools and concepts are used by experts in different fields and they also sometimes pop-up in the popular culture (e.g. the most prominent being definitely “The Beautiful Mind”, Ron Howard’s biographical movie about John Nash, famous game theorist, portrayed by Russel Crowe).

Note: The terms presented in this section provided just a brief overview of this theoretical perspective and a sample of a language typical for this approach. We encourage everyone who is interested in studying game theory to check other additional materials available on-line, e.g.: a collection of diverse resources both for students and educators at Gametheory.net, or the YouTube course Game Theory 101.