What is socially rational?

In this step we will analyse the relationship between individual and social rationality in one important example. 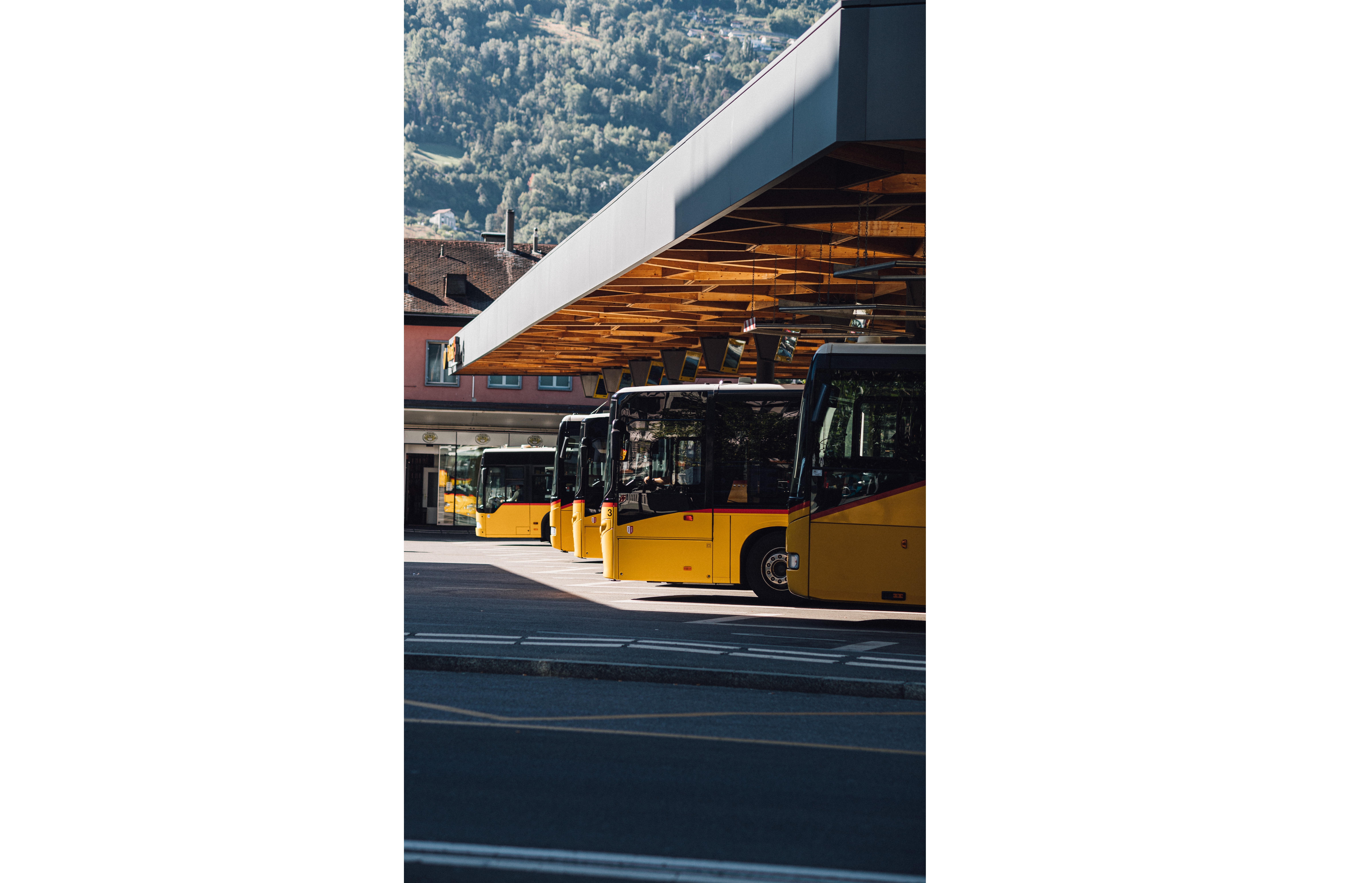 When we want to know if a given situation is socially rational or socially optimal we need to look at the problem from the outside and decide what our goal is. Fairness? Optimal use of resources? Securing the rights of minorities? Ensuring that everyone is at least somewhat satisfied? Maximizing the number of people who support our solution? Very often important social goals are at odds. We cannot achieve them at the same time and we need to decide which goals to prioritize.

You may follow the rule of fairness or equity. Since the suburban connections are so much worse than those in the city you invest in the suburbs. This way all the commuters will have access to comparably good public transport.

You may also follow the rule of efficiency. Since so many people use the crowded public transport in the city you invest there. This way you will, of course, increase the gap between the city and the suburbs, but you will also use the same amount of money to improve transport for many more people.

But even if you know your priorities things can get complicated. This is because it is often difficult to compare the well-being of various people.

The sum of happiness and other monsters

It is tempting to say that by investing in the city rather than in the suburbs you increase the total sum of happiness more. But do you? Let’s compare the two scenarios. 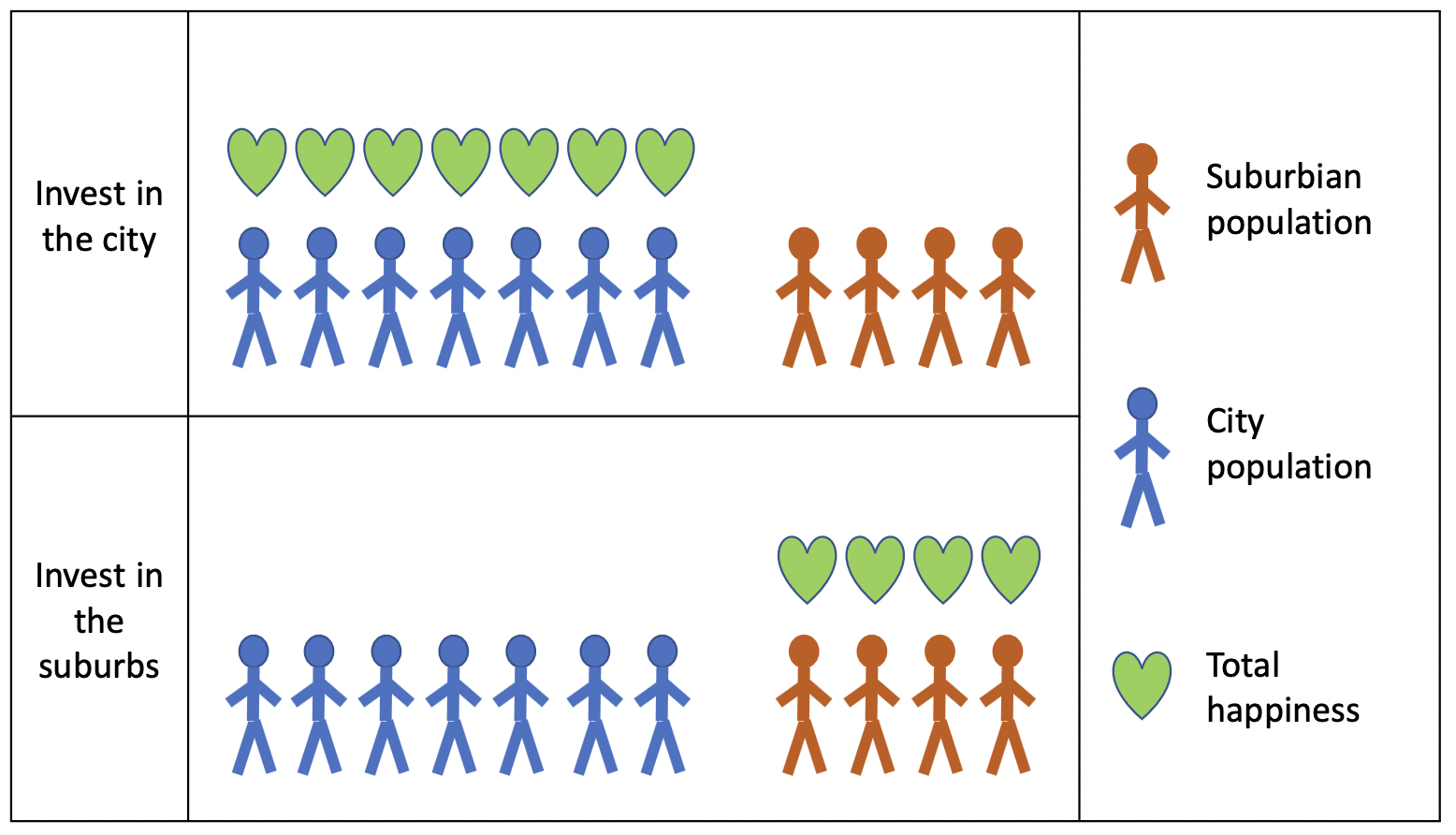 But wait a moment. We just assumed that the increase in happiness for both city and suburban population will be the same. Is it accurate? We did say, after all, that the connections in the suburbs are really bad. Perhaps it would make more sense, if we assumed that the suburban population would gain more from our investment – say twice as much. This situation is depicted in the figure below. In this case the investment in the suburbs increases total happiness more. 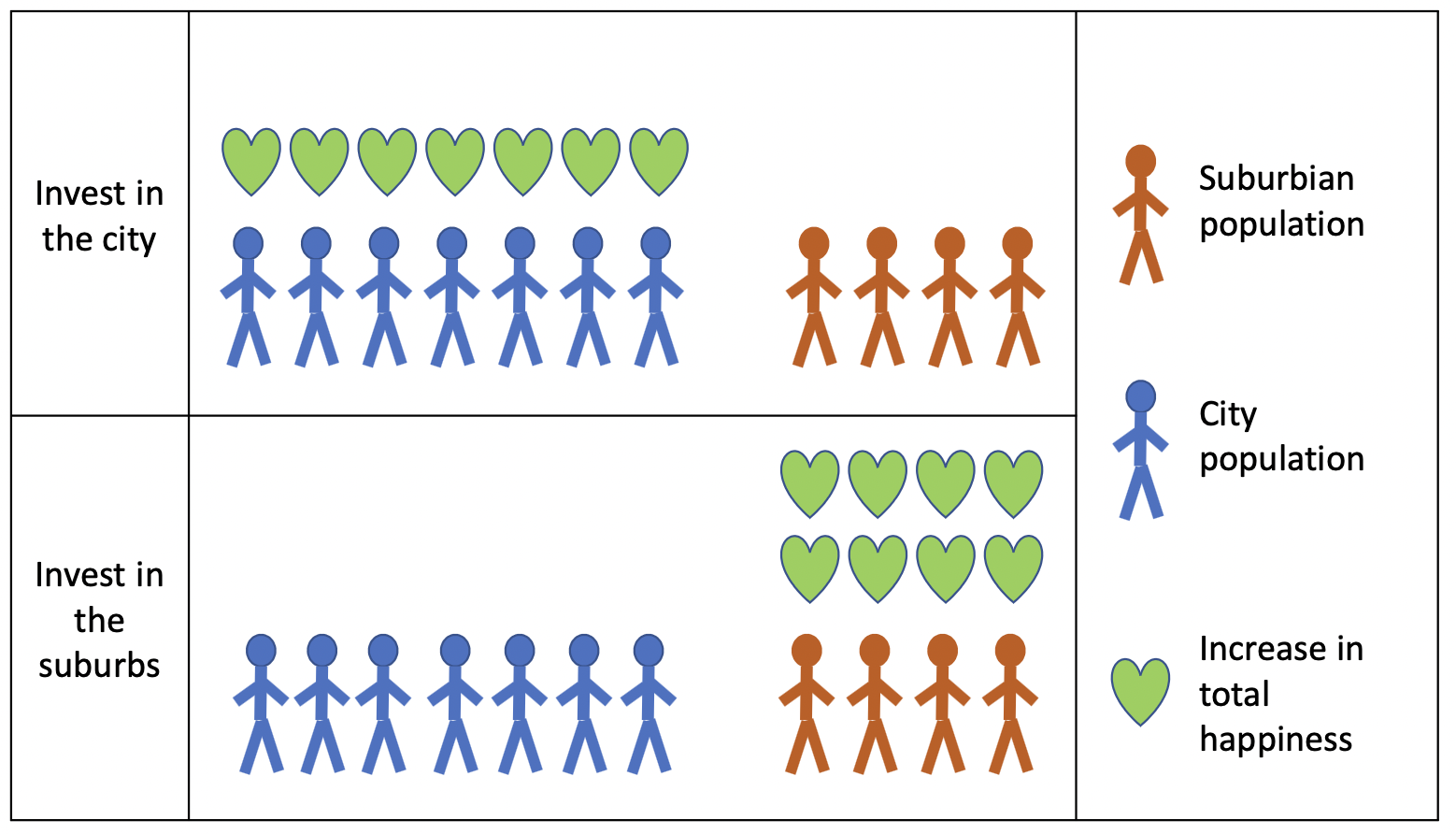 The question is – how do we know which assumption is more accurate? Can we even compare the happiness of different people? If not, how do we know if the solution is fair or efficient? How do we know it is socially rational? Please share your ideas in the discussion section.