How the number of fish changes in time

In this article we provide a short introduction to modelling resources that have a natural capacity for regrowth. 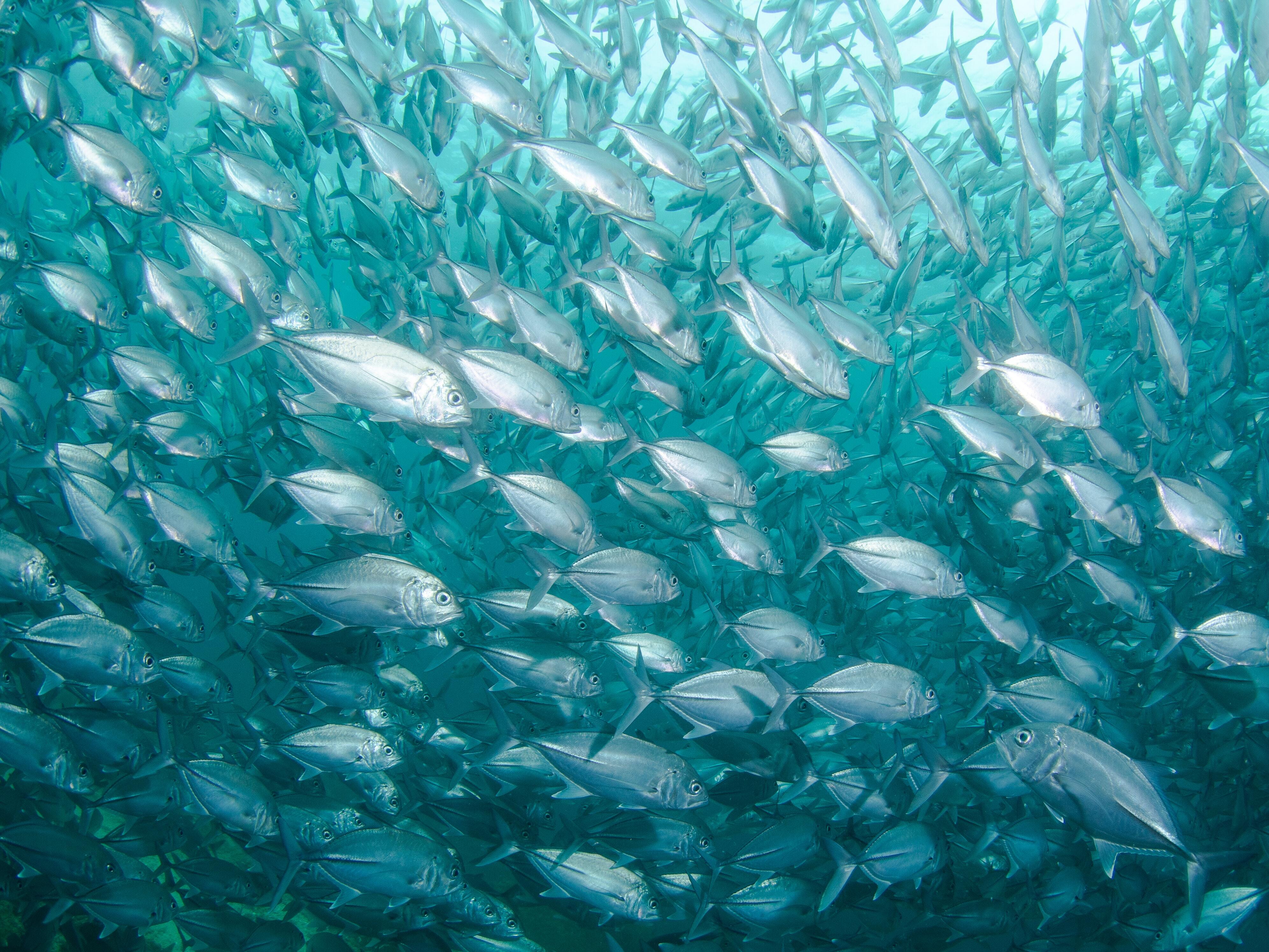 When we use resources that do not have a natural capacity for regrowth, there is a general understanding that one day we will run out of them and we will have to find a replacement.

One of the most burning questions of our civilization is, for example, how to produce energy when we run out of fossil fuels. On the other hand, when we use resources that do regrow, we sometimes seem to think that there are no reasons to worry. After all, whatever we use up today will be back here tomorrow. This, however, is not the case. The resources that regrow, such as, for example, fish, trees, or bees, regrow with a certain dynamic. If the speed at which we use them or destroy them is too high, they might end as well.

The discipline that deals with the dynamics of such resources as fish is called population ecology. It studies how species population changes as a result of births, deaths, and migration and how this process responds to the changing environment. This week we will introduce you to the most basic model used in population ecology, called logistic growth.

There are two terms that are essential for understanding how a population changes in the simple logistic model: the rate of increase and the carrying capacity.

In our case, in the second season we will have 100 + 0.2 x 100 = 120 fish in the lake. If we repeat this calculation for the third season, we will expect to have 120 + 0.2 x 120 = 144 fish. If we continue in this manner, we will quickly get very large numbers. You can check for yourself that by season five the number of fish will more than double, and by season nine it will be more than four times larger than in the beginning. In season 40 we would expect to have over 122,000 fish in the lake! The curious thing about this process is that it never ends. There are always more and more fish until they take over the lake and possibly the Earth. 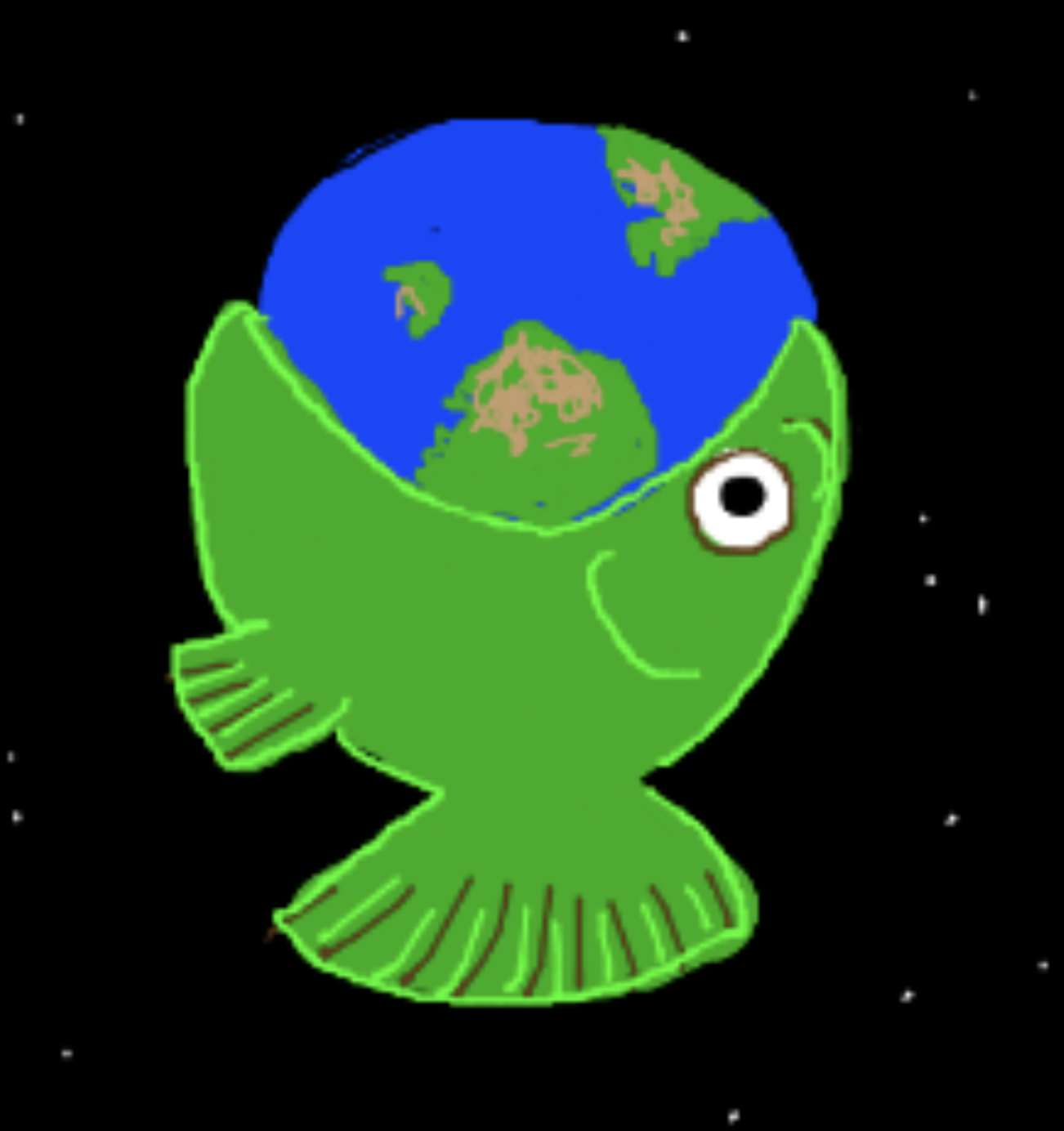 a giant fish swallowing the Earth

Although this process might work quite well to describe the population of bacteria (It is called exponential growth. this does not sound realistic for fish. Typically, at some point the rate of increase in the number of fish gets smaller. This is due to the limited carrying capacity of the lake in which the fish live.

The carrying capacity tells us how many organisms the environment can carry. This number may be limited for a number of reasons. First, there might not be enough food or shelter for all the fish. Second, if there are more fish, they are easier to catch by predators. Third, diseases spread easier in dense populations of many fish. Fourth, many fish produce more waste that destroys the environment in which they live. To model the carrying capacity of the environment, we will simply assume that there is a maximum number of fish that can live in our lake and the growth rate is limited by this number. The mathematical formula for this looks like this:

In the graph below you can see how the number of fish would change in our lake if the carrying capacity of the lake was 1000. At first, their numbers grow quite fast, but after reaching half of the carrying capacity of the lake around seasons 12 and 13, the growth slows down. By season 40 the number of fish remains almost constant. 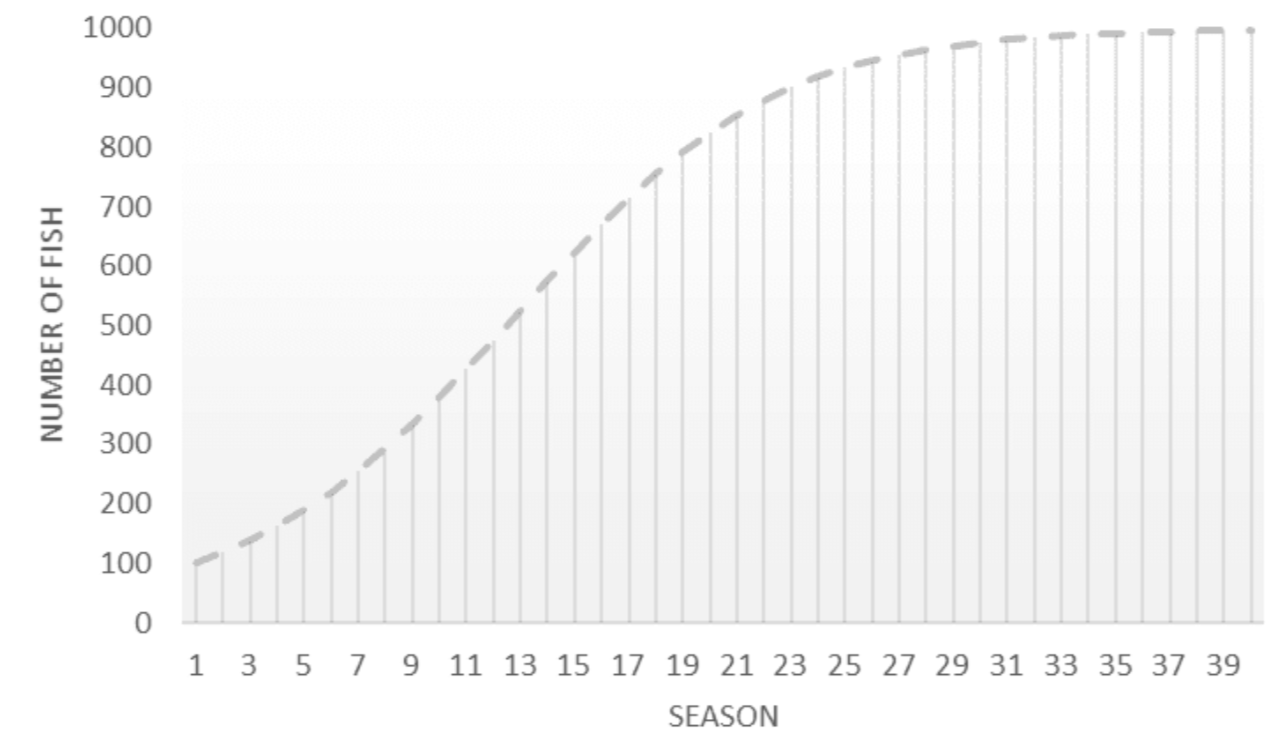 Later this week you will experiment with these concepts in actual models.