In this article we will examine the “two roads” story in more detail again and see what would happen if some of the conditions changed. 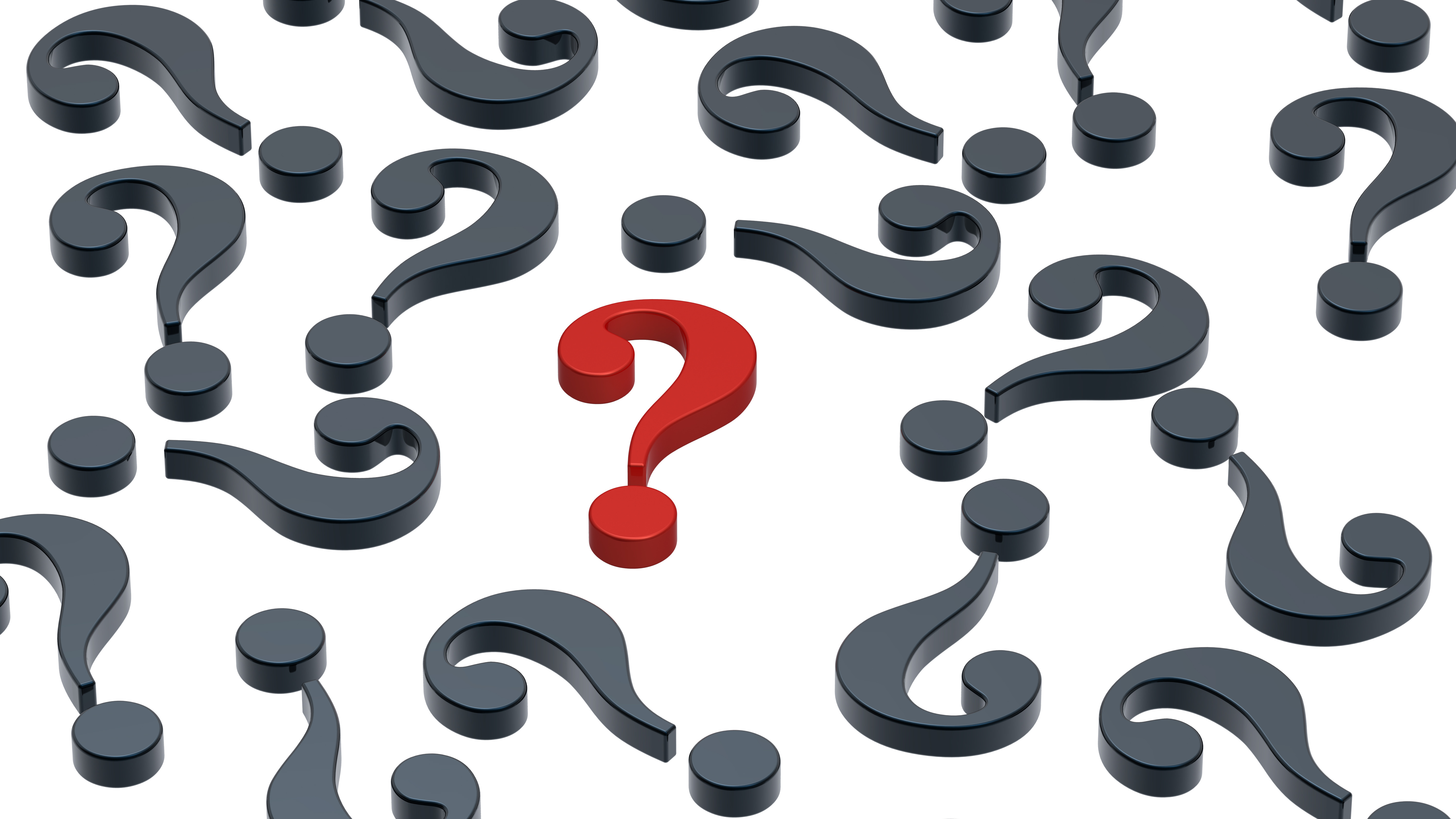 In this article we will examine the “two roads” story from the previous exercises in more detail and see what would happen if some of the conditions changed. This way we will see how charts can be used in order to analyse possible modifications of social situations and their consequences.

So, let’s see what happens with commuters on the Red Road and the Blue Street. 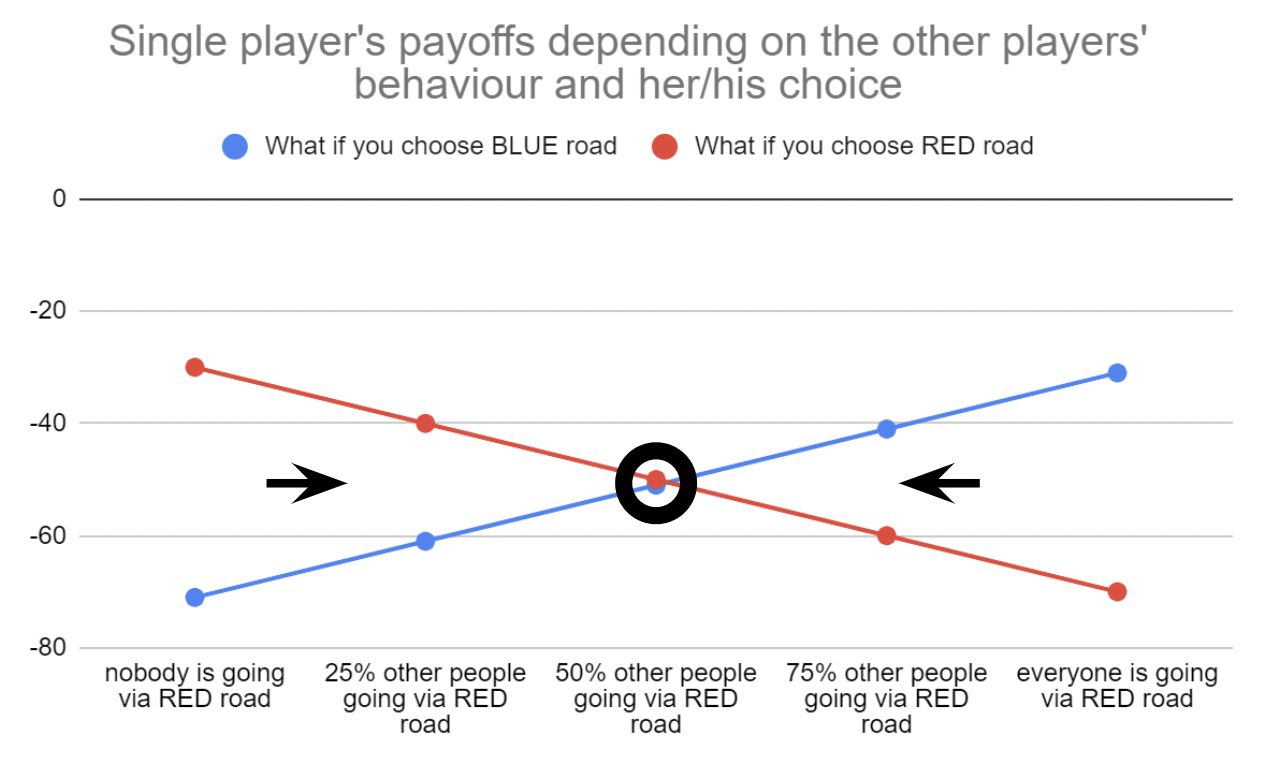 It’s pretty obvious that with traffic we depend heavily on what the others are doing. As you have seen in the exercise, the situation is different in case of a local festival, though. Here, the more people choose a certain option, the more we are motivated to choose the other one. When all the people go to Warsaw via Red Road, we want to choose Blue Street, as it’s empty and it will only take us 30 minutes to get to work. So, if people expect that everyone will go via Red Road, actually less people are motivated to make this choice. With the blue line above the red one, the arrow is pointing left on the right side of the chart. And with the red option better than the blue one on the left side of the chart, the arrow is pointing right.

In this situation we have only one equilibrium with one half of the population choosing Red Road and the other half going via Blue Street. We could even imagine a social process happening over a couple of days or weeks that leads to this equilibrium:

On Monday ⅔ of commuters choose Red Road, spend almost an hour going to work and find out that some of their friends who chose Blue Street spent only 45 minutes on the way. So, next day more people choose Blue Street, congesting it, so some of them go back to their initial choice, etc. etc. Finally, half of the commuters develop a habit of going via Red Road and the other half – via Blue Street. Until anything changes (e.g. road work on one of the streets), that might be a stable situation.

What would happen if there was a construction going on somewhere along the Blue Street and it would add an additional 10 minutes commuting via that road? 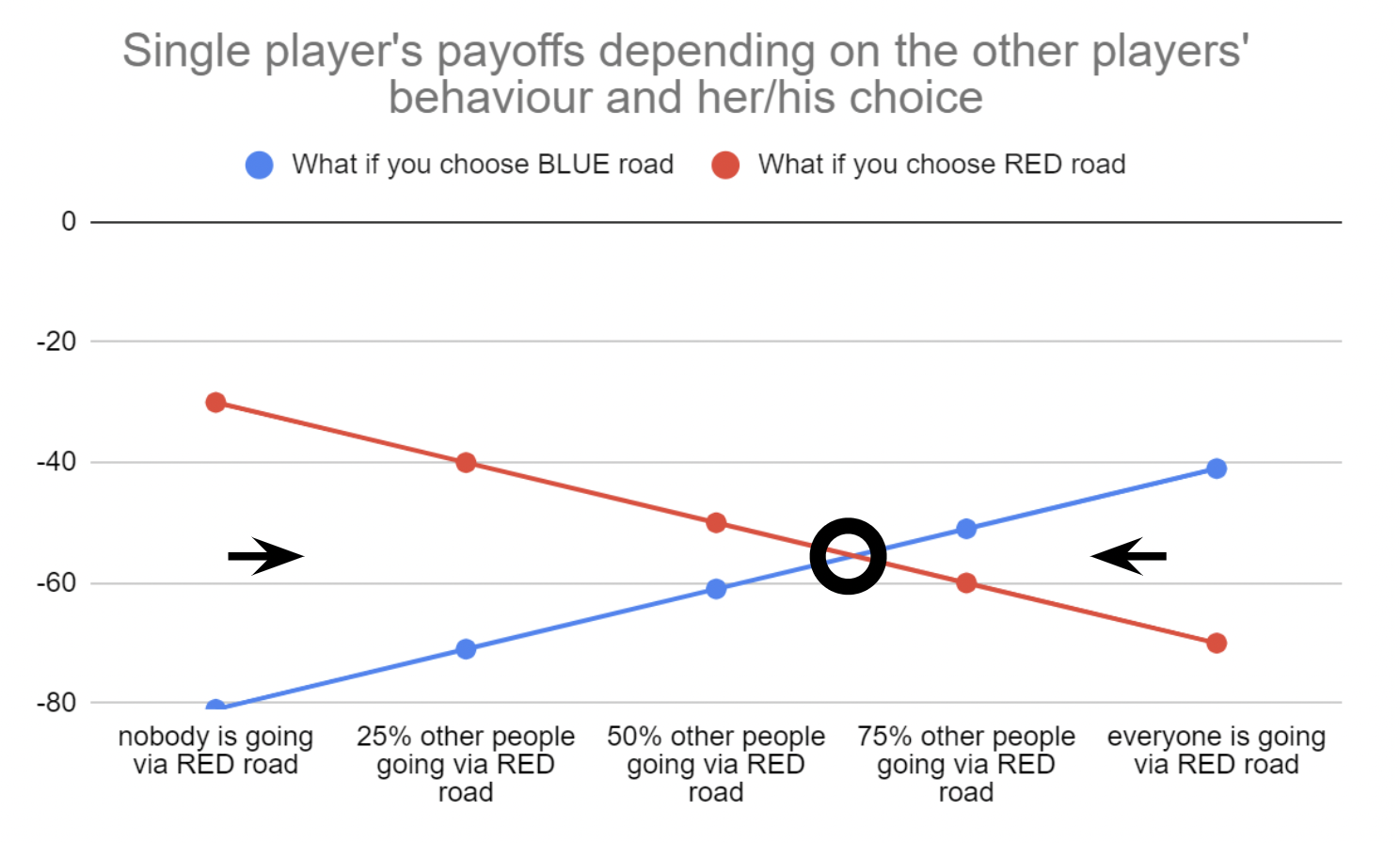 In order to illustrate how the situation has changed, you need to look at the chart, where the entire blue line moved 10 points down. The blue line has moved down because with the construction works there it takes 10 minutes longer to travel via Blue Street than before. . The general picture stays the same, though – the more people choose Red Road, the better it is to choose the Blue one and vice versa. Only now, as the Blue Road is the slower one, it’s more sensible to choose the Red one, even if it’s a bit more congested. That’s why if half of the commuters choose RED, it’s still better for us to follow them and choose RED as well.

The equilibrium will change. Approximately 63% commuters will choose Red Road and 37% will choose Blue Street and it will take both groups appr. 55 minutes to get to work. Now, some commuters will be travelling via the more congested, but less problematic road and a smaller group will take a more demanding, but less crowded route.

As you can see, charts like the ones above might be useful not only to depict certain situations or illustrate why we can observe certain outcomes, but also to investigate how changing the situation will affect people’s behaviour.