Using short film images to visualise character, and using the 'Role on the Wall' resource to help teach and learn languages.

Film images are very effective at quickly establishing places – or at least at showing us places, and spaces, without necessarily telling us where (and when) they are.

The opening 90 seconds of our short film Szalontudo, or Tripe and Onions, is a very good example. We are shown an outdoor snack stop. One man arrives and there is an exchange of looks between three other characters – a man playing a tune on glass bottles, the counter attendant, and another man.

This much we know – not from the place itself – but from the way people in the space interact. But where is it? Which country? Which culture? The original title, Szalontudo, will give it away if we recognise how Hungarian words are spelled, but otherwise it’s an inscrutable place, and the filmmaker seems to have no interest in telling us where we are. Maybe he (the director is a man) wants us to feel as disoriented as the man in the suit.

The activity in this step uses a resource called ‘Role on the Wall’. In its simplest form an outline of a person is tacked to the wall in the classroom, and students annotate it with everything they know about a character (from a film, story, or image they are studying) inside the outline, and everything they don’t know, is put outside the outline. 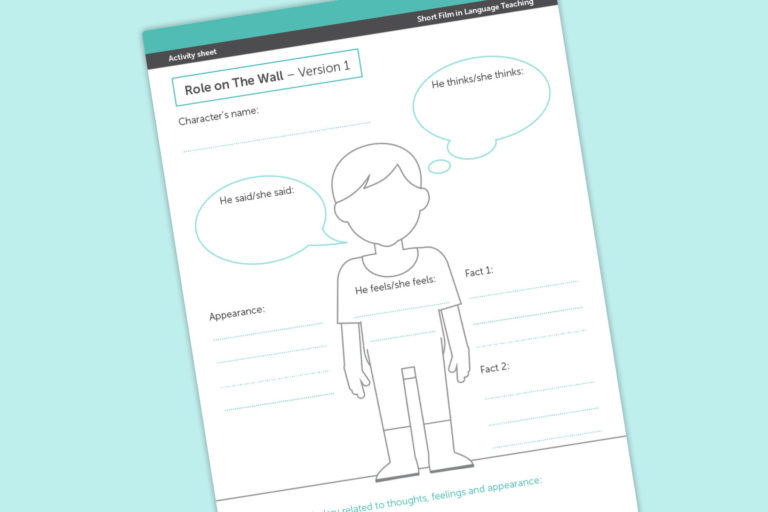 Read the Szalontudo – Explanatory Text resource in the download section (written by a critic whose first language is not English) which explains some of the background to the film. Once you have completed your Role on the Wall activity above and read the explanatory text, add what you now know about the film, in a different colour. Again this activity can be adapted for the classroom into a target language.